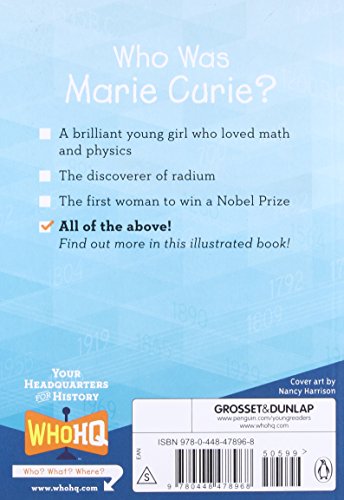 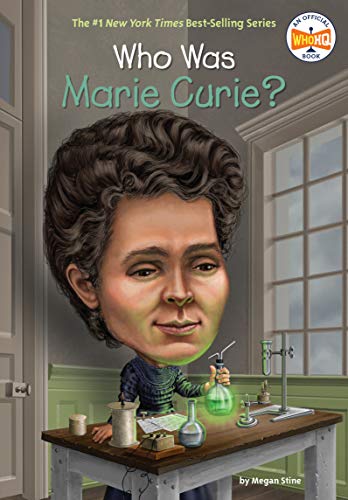 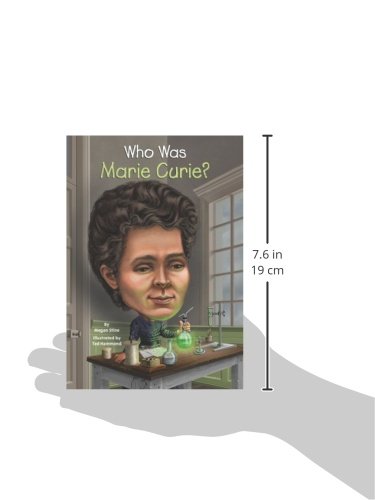 Product Description Born in Warsaw, Poland, on November 7, 1867, Marie Curie was forbidden to attend the male-only University of Warsaw, so she enrolled at the Sorbonne in Paris to study physics and mathematics. There she met a professor named Pierre Curie, and the two soon married, forming one of the most famous scientific partnerships in history. Together they discovered two elements and won a Nobel Prize in 1903. (Later Marie won another Nobel award for chemistry in 1911.) She died in Savoy, France, on July 4, 1934, a victim of many years of exposure to toxic radiation. About the Author Megan Stine has written several biographies for young readers, including  Who Is Michelle Obama? and Who Was Sally Ride? She lives in Clinton, Connecticut. Excerpt. © Reprinted by permission. All rights reserved.

Current price$5.50
Since 36 hours
Average price$4.72
Based on 6 years
Lowest price ever$2.49
3 years ago
Highest price ever$5.99
16 months ago
Amazing
Great
Average
High
It's not a good time to buy now, there's a 73% probability this price will decrease. Our advise is to Watch it.
Buy on Amazon

All the Things: How to Draw Books for Kids

How Do Dinosaurs Say Goodnight?

Trees, Leaves, Flowers and Seeds: A Visual Encyclopedia of the Plant Kingdom (Smithsonian)

Who Was Marie Curie, is it available on Amazon?

Yes! But at Pricepulse we inform you when is the lowest price to buy the Who Was Marie Curie

Should I buy the Who Was Marie Curie now?

It's not a good time to buy now, there's a 73% probability this price will decrease. Our advise is to Watch it.

What is the current price of Who Was Marie Curie?

What was the lowest price for the Who Was Marie Curie?