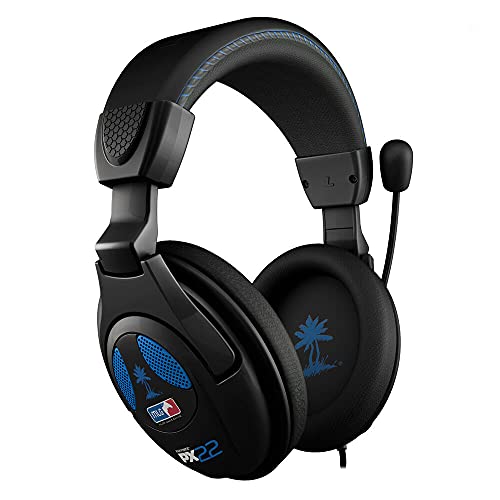 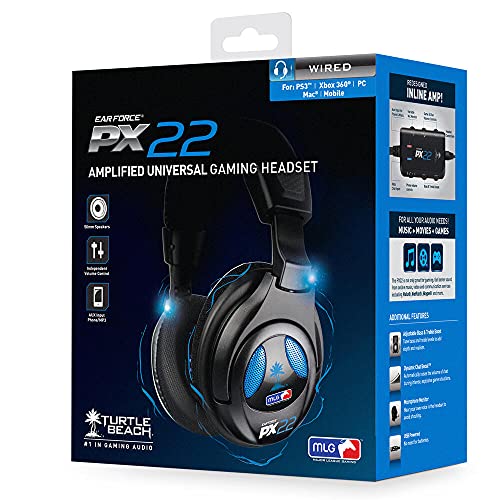 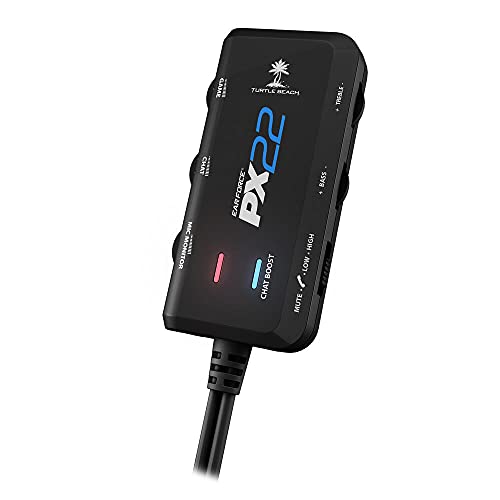 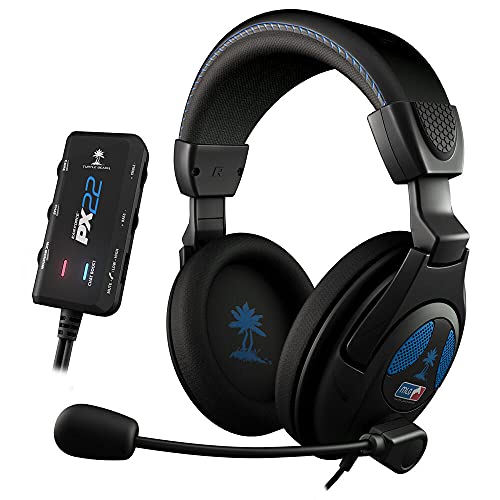 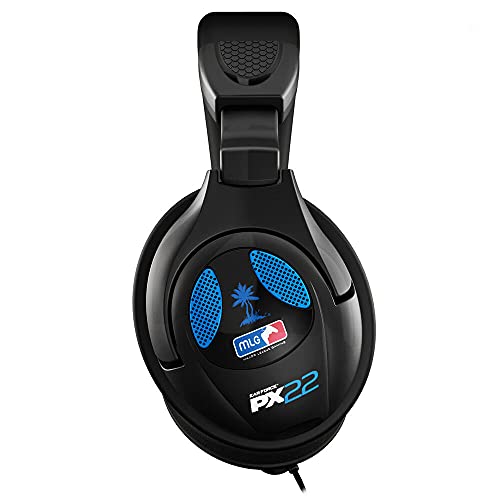 Totally immerse yourself and focus on the task at hand with the Ear Force PX22. As an official headset of Major League Gaming, this amplified stereo headset is sure to take your play to another level with awesome Turtle Beach sound and comfort for hours of play. Plus, it'll work with virtually anything you throw at it: from PlayStation 3 and Xbox 360 to PC and Mac, From PS Vita to tablets and more. It's time to play with the same gear that the pros use to compete-- hear everything, defeat everyone.

Turtle Beach Audio Advantage
The PX22 uses Dynamic Chat Boost which is only found in a Turtle Beach headset to automatically raise chat levels whenever game sound increases to ensure that the voice of any teammate chatting with you will never be lost in the unexpected blasts, crashes and explosions to happen throughout an intense gaming session. The amplified stereo sound produced by the PX22 will also ensure that you hear your games loud and clear. Turtle Beach put variable bass boost at your disposal to give your audio a kick when you need it to. You'll be able to hear sound cues that are missed with conventional TV speakers, such as the sound of enemy footsteps or the click of a loading weapon in the distance. In short, you'll react faster and take them out before they take you out, giving you the edge that can make the real difference between winning and losing.
Ear Force PX22 Key Features
Tournament Grade Gaming: Officially licensed major league gaming headset
Play On Anything: PlayStation 3, Xbox 360, PC/Mac and mobile compatibility
Play Your Music and Answer Calls: Plug in your phone to swap game audio with music and never miss calls
Dynamic Chat Boost: Never have teammates drowned out by loud, sudden noises
Hear What You Want: Turn game sound up or down

Low cost shipping in both Canada and the US.
New in plain packaging. Tested and guaranteed to work.
Looking for Playstation 5?
Activate Stock Alert!