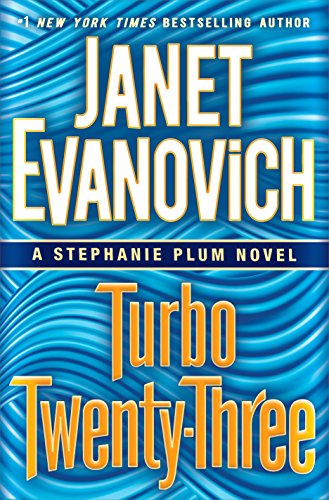 Product Description #1 NEW YORK TIMES BESTSELLER • In the heart of Trenton, N.J., a killer is out to make sure someone gets his just desserts.   Larry Virgil skipped out on his latest court date after he was arrested for hijacking an eighteen-wheeler full of premium bourbon. Fortunately for bounty hunter Stephanie Plum, Larry is just stupid enough to attempt almost the exact same crime again. Only this time he flees the scene, leaving behind a freezer truck loaded with Bogart ice cream and a dead body—frozen solid and covered in chocolate and chopped pecans.   As fate would have it, Stephanie’s mentor and occasional employer, Ranger, needs her to go undercover at the Bogart factory to find out who’s putting their employees on ice and sabotaging the business. It’s going to be hard for Stephanie to keep her hands off all that ice cream, and even harder for her to keep her hands off Ranger. It’s also going to be hard to explain to Trenton’s hottest cop, Joe Morelli, why she is spending late nights with Ranger, late nights with Lula and Randy Briggs—who are naked and afraid—and late nights keeping tabs on Grandma Mazur and her new fella. Stephanie Plum has a lot on her plate, but for a girl who claims to have “virtually no marketable skills,” these are the kinds of sweet assignments she does best. About the Author Janet Evanovich is the #1 New York Times bestselling author of the Stephanie Plum series, the Knight and Moon series, the Fox and O’Hare series, the Lizzy and Diesel series, the Alexandra Barnaby novels and Troublemaker graphic novel, and How I Write: Secrets of a Bestselling Author. Excerpt. © Reprinted by permission. All rights reserved. One Monday Larry Virgil is a lanky, grease--stained guy in his forties. He lives alone in the back room of his auto body shop on Baker Street in north Trenton, and he hasn’t cut his hair in at least ten years. For all I know that was also the last time he washed it. He has a reputation for drinking too much and abusing women, and he has a hotdog with testicles tattooed on his forehead. I suppose it might be a penis, but it’s not a very good tattoo, and I prefer to think it’s a hotdog. None of this would be any of my business, but a couple months ago Trenton’s finest caught Virgil hijacking an eighteen--wheeler filled with cases of premium bourbon. Virgil was arrested and subsequently bonded out by my bail bondsman cousin and employer, Vincent Plum. Virgil failed to appear for his court appearance a week ago, and Vinnie isn’t happy. If Virgil isn’t brought back into the system in a timely fashion, Vinnie will lose his bond money. My name is Stephanie Plum. I’m a college graduate with virtually no marketable skills, so for the past several years I’ve been tracking down Vinnie’s skips. What I lack in expertise I make up for with desperation and tenacity, because I only get paid when I catch someone. It was ten o’clock at night in mid--September, and cool enough for me to need a sweatshirt over my T--shirt. I was currently pulling surveillance on Larry Virgil’s three--bay garage, hoping to catch him entering or exiting. I was with my wheelman, Lula. We’d been sitting across from the garage for over two hours and my eyes were crossing out of boredom. “This isn’t going anywhere,” I said to Lula. “He isn’t answering his phone, and there aren’t any lights on in the building.” Lula is a former ’ho who Vinnie hired as a file clerk a while back. When files went digital he didn’t have the guts to fire her, so now Lula shows up every day for work and pretty much does whatever she wants. Mostly she hangs with me. She’s shorter than I am. She packs a lot more bodacious voluptuousness into her clothes than I do. Her hair is currently pink. Her skin is always brown. Her attitude is “Say what?” I’m pale in comparison to Lula. I have shoulder--length mostly unmanageable curly brown hair that’s usually pulled into a ponytail, and I’ve been told I look a little like Julia Roberts w

Amazing
Great
Average
High
Although this is an Average price, there's a 71% probability this price will be higher. Our advice is Buy Now.
Buy on Amazon

Turbo Twenty Three A Stephanie Plum Novel, is it available on Amazon?

Yes! But at Pricepulse we inform you when is the lowest price to buy the Turbo Twenty Three A Stephanie Plum Novel

Should I buy the Turbo Twenty Three A Stephanie Plum Novel now?

Although this is an Average price, there's a 71% probability this price will be higher. Our advice is Buy Now.

What is the current price of Turbo Twenty Three A Stephanie Plum Novel?

What was the lowest price for the Turbo Twenty Three A Stephanie Plum Novel?