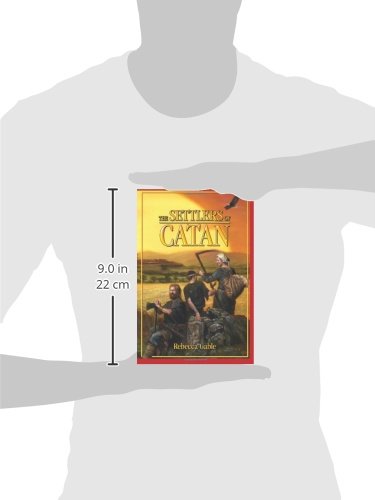 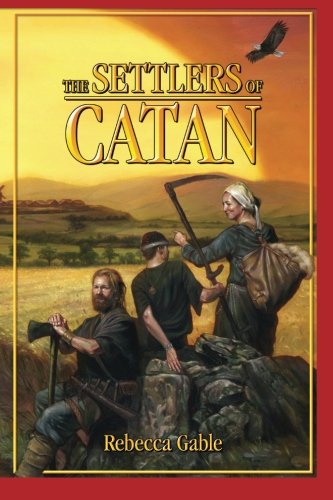 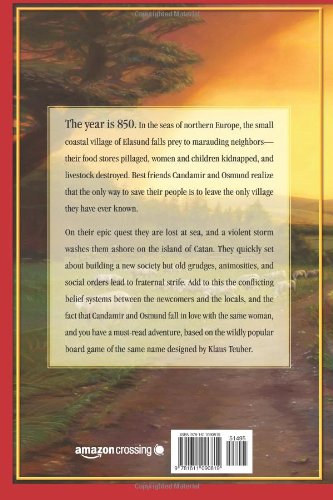 Product Description The year is 850. In the seas of northern Europe, the small coastal village of Elasund falls prey to marauding neighbors. Their food stores pillaged, women and children stolen, livestock destroyed, the villagers are left to barely survive the harsh winter — and contemplate a drastic solution to their recurring hardships: leaving the only village they have ever known. Foster brothers Candamir and Osmund lead their people on an epic quest to a mythic island home, but without knowledge of exactly where the island is, they must trust the gods to deliver them safely. Lost at sea and set adrift, an extraordinarily violent storm washes them ashore the island famed in pagan lore: Catan. They quickly set about building a new society but old grudges, animosities, and social orders lead to fraternal strife. As the ideals of Candamir’s Christian slave spread throughout the village and conflict with pagan law, the two belief systems clash. When both Osmund and Candamir fall in love with Siglind, the mysterious queen of the Cold Islands, things come to a head. Based on the wildly popular board game of the same name designed by Klaus Teuber, Rebecca Gable’s The Settlers of Catan is a must-read adventure rich in detail and rippling with intensity. Amazon.com Review Interview: Author Rebecca Gable & Settlers of Catan Creator Klaus Teuber Klaus Teuber: When we saw each other at the Frankfurt Book Fair recently, I recalled how we met there 10 years ago. Do you remember? Rebecca Gable: Of course! You asked if I could imagine writing a novel based on your famous board game. KT: I had read one of your books and was so excited about it, I wanted you to bring the story of the settlement of Catan to life. What was your first thought when I asked you? RG: I thought, "This must be the most unusual and fascinating project ever proposed to me." What gave you the idea for a novelization in the first place? KT: In the game, seafarers land on Catan. They harvest, trade, build, and settle the island. But where did those seafarers come from? Who are they? Why did they undertake this dangerous journey? The game doesn't answer any of those questions. I had some ideas but no story yet. Then you entered the picture. RG: We met in Cologne to discuss some basic plot ideas, and it turned out we both had the word "Vikings" in our heads. What is so "Viking" about the game? KT: Catan is set in the Early Middle Ages, and at that time the Vikings were the only seafaring people to venture into the open ocean, and therefore the only ones capable of reaching a fictitious island in the middle of the Atlantic. That was probably at the back of our minds. How do you move from a draft outline like ours to developing your characters? Do you use people you know as models? RG: Never. I'm fond of my friends and want to keep them, so I make sure the characters in my books don't resemble them. Speaking of characters: If you had to choose, would you rather sit down in a beer garden with Candamir or Osmund? KT: Well, I'd prefer a little flirt with Siglind. But if I may only choose one of the men, I'd like Candamir to explain to me how to build a nice wooden chest. I still need a Christmas present for my wife. How did you come up with the idea to season the novel with Austin, a likeable character who so insistently (and unsuccessfully) tries to evangelize his master, Candamir? RG: The game inspired the creation of Austin. You've got to be clever and sometimes mean to win at Settlers of Catan, but whenever I play, it strikes me that what you need most is the ability to cooperate and compromise. Austin stands for that ability, I think--though he can be clever and mean, too. KT: In your telling of the legend of Catan, the god Odin falls in love with Tanuri, the king of the Albs' daughter. Normally Odin can have any woman, but Tanuri makes a fool of him when he creates an idyllic island for her. Grief stricken, he moves the island to a place where nobody can find

Amazing
Great
Average
High
It's not a good time to buy now, there's a 99% probability this price will decrease. Our advice is to Watch it.
Buy on Amazon

The Settlers Of Catan, is it available on Amazon?

Yes! But at Pricepulse we inform you when is the lowest price to buy the The Settlers Of Catan

Should I buy the The Settlers Of Catan now?

It's not a good time to buy now, there's a 99% probability this price will decrease. Our advice is to Watch it.

What is the current price of The Settlers Of Catan?

What was the lowest price for the The Settlers Of Catan?