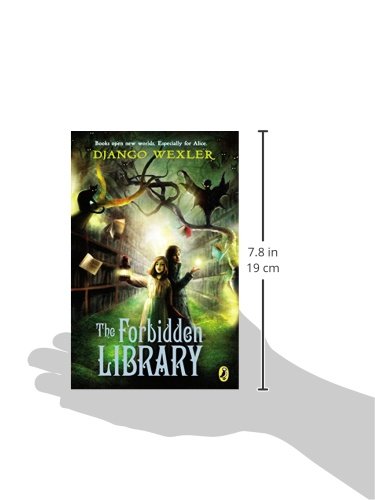 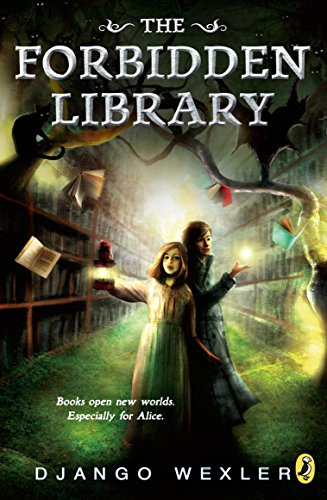 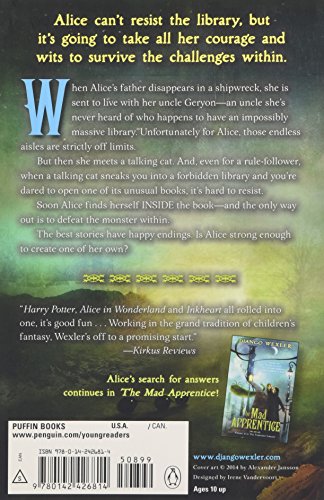 Product Description The Forbidden Library kicks off a brand new classic fantasy series perfect for fans of Coraline, Inkheart, and The Books of Elsewhere! Alice always thought fairy tales had happy endings. That—along with everything else—changed the day she met her first fairy. When Alice's father disappears in a shipwreck, she is sent to live with her uncle Geryon—an uncle she's never heard of and knows nothing about. He lives in an enormous manor with a massive library that is off-limits to Alice. But then she meets a talking cat. And, even for a rule-follower, when a talking cat sneaks you into a forbidden library and introduces you to an arrogant boy who dares you to open a book, it's hard to resist. Especially if you're a reader to begin with. Soon Alice finds herself INSIDE the book, and the only way out is to defeat the creature imprisoned within.It seems Uncle Geryon is more than he says he is. But then, so is Alice. Review Praise for The Forbidden Library: "Vaguely reminiscent of Harry Potter, Alice in Wonderland and Inkheart all rolled into one, it’s good fun... Working in the grand tradition of children’s fantasy, Wexler’s off to a promising start."— Kirkus Reviews "By giving the richly textured literary adventures “teeth” and by placing subplots both inside and outside the books, Wexler dexterously avoids the “it’s only a story” pitfall that might distance readers from the action, while the wondrous Library will gratify book lovers and fantasy experts alike."— Horn Book "Fans of Harry Potter and Cornelia Funke's Inkheart (2003) will relish that the library houses magical books . . . It's a joy to watch the dutiful Alice develop her innate curiosity and become a proactive, resourceful heroine, matching wits with snarky cats, dangerous beasts, and a certain smug boy. This is a charming, adventuresome fantasy from a promising new author."— Booklist "Wexler ingeniously creates an inventive world with interesting creatures and frightening situations."— School Library Journal About the Author Django Wexler (www.djangowexler.com) is a self-proclaimed computer/fantasy/sci-fi geek and fulltime fantasy writer. Django’s first book, an epic fantasy novel for adults, was published by Roc in Summer 2013.  The Forbidden Library is his first novel for children. Excerpt. © Reprinted by permission. All rights reserved. Chapter One: The Fairy Much later, Alice would wonder what might have happened if she’d gone to bed when she was supposed to. It was a fluke, really, because she was the sort of girl who almost always followed the rules. But she’d been doing schoolwork and she’d lost track of time. It was a Saturday night, and her tutor, Miss Juniper, had assigned her another chunk of algebra for Monday morning. Alice excelled in all her subjects—she never would have allowed it to be otherwise—but in algebra her excellence was born of hard work and long hours rather than natural talent, so she’d determined to make an early start. She wouldn’t be bothering anyone, either. Her room had its own little writing desk and even its own electric lamp, which her father had had installed three years before with the boast that no daughter of his was going to ruin her eyes scribbling by gaslight. Her father had been working late again. When Alice heard the telltale creak of the front door, she weighed the odds and decided he’d probably be happier to see her than angry that she was still up. She shrugged into her robe and padded into the hall and down the stairs. The late-night silence was a little unnerving. Alice had grown up in a house that had practically bustled with servants and guests, even in the middle of the night, and she was used to seeing strangers about. But the servants had departed one by one as times had grown mean, until only Cook, Miss Juniper, and her father’s man were left, and the visitors were less common than they used to be. The guest rooms that lined the hallway were all shut up now, with sheets drap

The Fall of the Readers: The Forbidden Library: Volume 4

The Fall of the Readers: The Forbidden Library: Volume 4