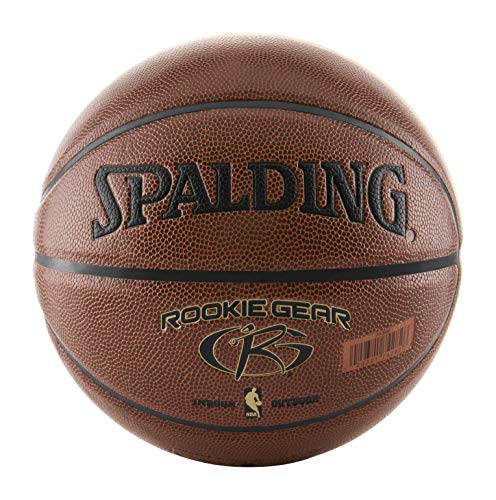 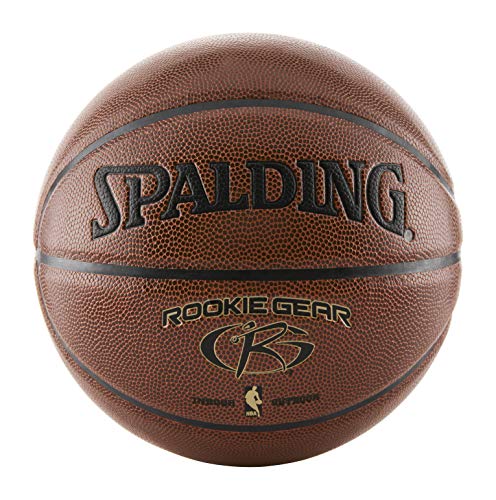 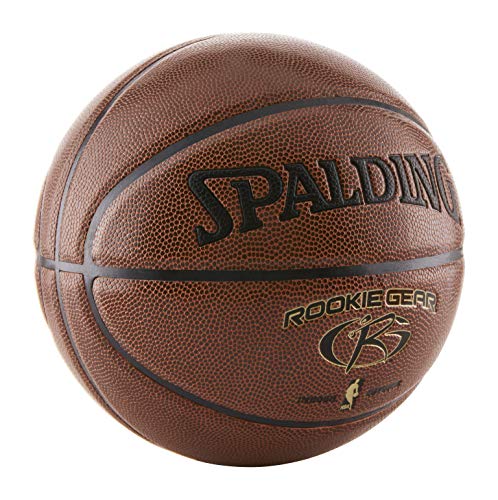 Amazon.com Spalding Rookie Gear sports equipment is designed to make it easier for young players to shoot, kick, throw, and catch. In general, the line weighs about 25% less than standard youth balls for children age eight and under. A lighter ball creates a better playing experience for kids, allowing them to practice proper fundamentals and build confidence in their skills. The size five (27.5-inch youth) Rookie Gear basketball is made of performance composite leather for soft feel and outdoor durability. Parents and coaches typically notice immediate improvement in shot mechanics and dribbling technique with the lighter ball, and kids will be able to shoot from farther out, catch passes with more confidence, and rebound fearlessly. About Spalding A division of Russell Corporation, Spalding was established in 1876 by Boston Red Stockings pitcher A.G. Spalding. The largest basketball equipment supplier in the world, the company has long been a sporting goods innovator, from developing the first basketball to more recent breakthroughs, such as proprietary NEVERFLAT technology. Spalding is the official basketball supplier of the National Basketball Association (NBA) and Women's National Basketball Association (WNBA), the official backboard of the NBA and NCAA, the official volleyball of the King of the Beach Volleyball Tour and the official football of the Arena Football League (AFL) and Pop Warner. Product Description Help your young athlete sharpen up their skills. The Spalding NBA Rookie Gear Multi Color Youth Basketball is the same size as standard youth balls, but with a lighter weight. It's made with a composite cover that holds up to drills both indoors and out. Buying Guide spalding basketball size guide There are core sizes for basketballs: Size 5, Size 6 and Size 7.The size you require depends on the age of the player concerned and also the sex of the player.A size 5 basketball, is designed for players up to age 9. The ball has a circumference of 27.75" and weighs approximately 18oz.A size 6 basketball, is designed for players between the ages of 9 to 12. This is also the ball specified for Women. The ball has a circumference of 28.5" and weighs approximately 20oz.A size 7 basketball, is designed for all male players, 13 years and above. The ball has a circumference of 29.5" and weighs 22oz.

Amazing
Great
Average
High
It's not a good time to buy now, there's a 82% probability this price will decrease. Our advice is to Watch it.
Buy on Amazon

Yes! But at Pricepulse we inform you when is the lowest price to buy the Spalding Nba Rookie Youth Indooroutdoor Basketball

It's not a good time to buy now, there's a 82% probability this price will decrease. Our advice is to Watch it.

What is the current price of Spalding Nba Rookie Youth Indooroutdoor Basketball?

What was the lowest price for the Spalding Nba Rookie Youth Indooroutdoor Basketball?