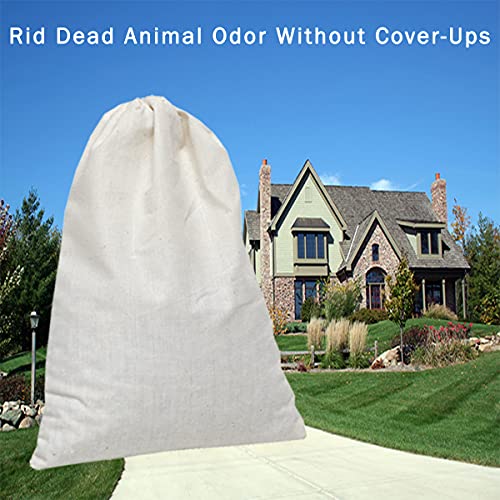 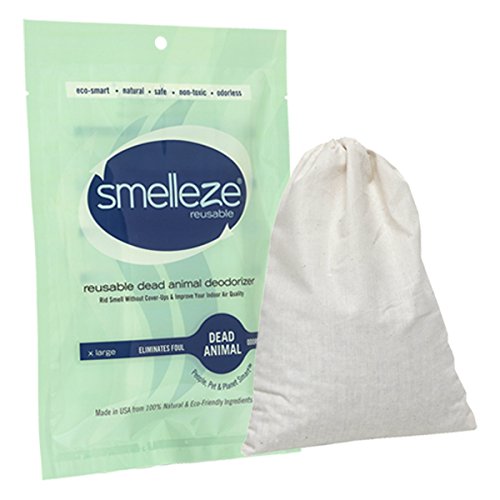 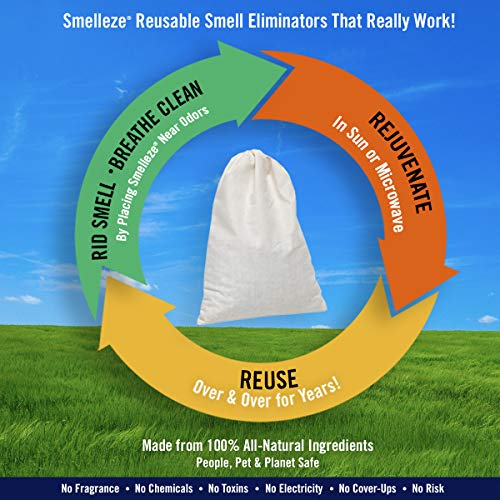 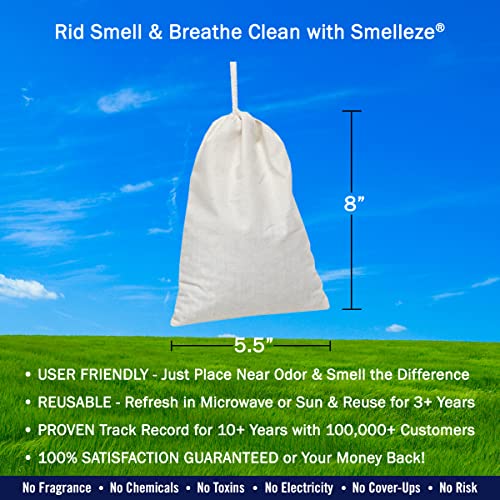 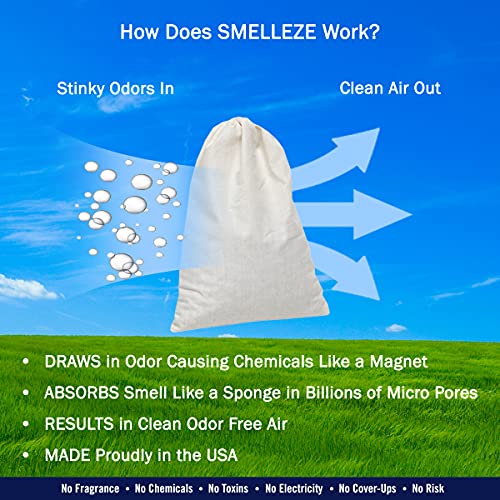 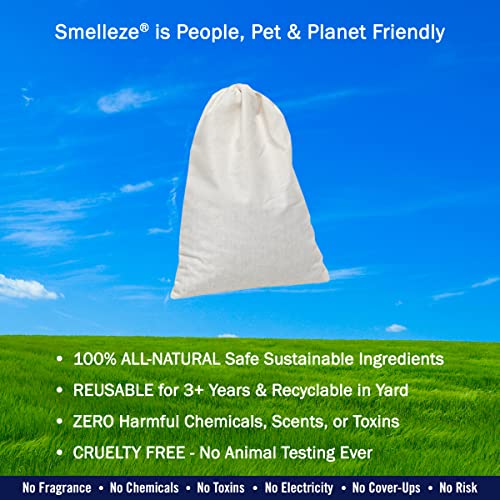 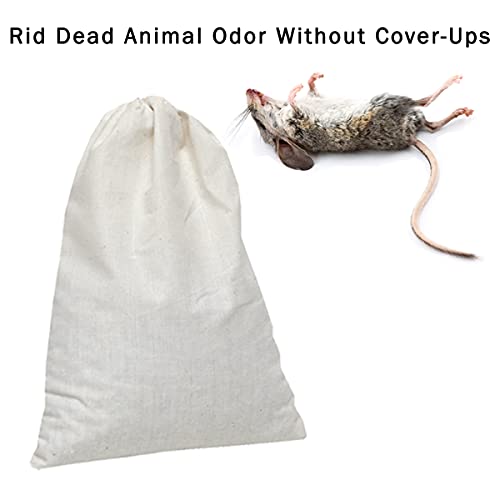 Small rodents such as mice and rats can easily crawl into wall voids and other small crevices and smell for many weeks if they die and decompose there. This commonly occurs when a poison is used to kill these rodents. Larger animals such as squirrels, raccoons and opossum can enter attics or crawl spaces and may smell for several months if they die there. Other dead animal smells could originate from dead birds in attics, frogs and lost pets such as snakes, gerbils, turtles, dogs and cats. In general, the larger the dead animal, the longer the smell will persist and appropriate odor control treatment will be necessary. If you're not sure what a dead animal smell like, if you see a large number of maggots or flies near the odor, it is likely to from a decaying animal.

The SMELLEZE Dead Animal Deodorizer Pouch was specially developed to absorb, neutralize, and encapsulate putrid decaying dead animal odors on contact instead of merely masking them with fragrances. For a breath of fresh air, simply place SMELLEZE pouches in the area to treated and smell the difference. The pouches do not have to be in direct contact with the dead animal. SMELLEZE will truly cleanse the air of offensive decomposition odors, complement existing ventilation systems and create a safer more pleasant environment.

SMELLEZE is non-toxic, safe, reusable, recyclable, natural, odorless, non-flammable and non-caustic. SMELLEZE is an ideal environmentally friendly solution for eliminating nasty dead animal decaying odors without adding pollutants to the air you breathe. It does not contain VOCs, harmful or ozone depleting chemicals and is especially beneficial for those suffering from allergies and chemical sensitivity. No fossil fuels are used in the production of SMELLEZE odor control media.

Amazing
Great
Average
High
It's not a good time to buy now, there's a 78% probability this price will decrease. Our advice is to Watch it.
Buy on Amazon

Yes! But at Pricepulse we inform you when is the lowest price to buy the Smelleze Dead Animal Smell Eliminator Deodorizer P

It's not a good time to buy now, there's a 78% probability this price will decrease. Our advice is to Watch it.

What is the current price of Smelleze Dead Animal Smell Eliminator Deodorizer P?

What was the lowest price for the Smelleze Dead Animal Smell Eliminator Deodorizer P?