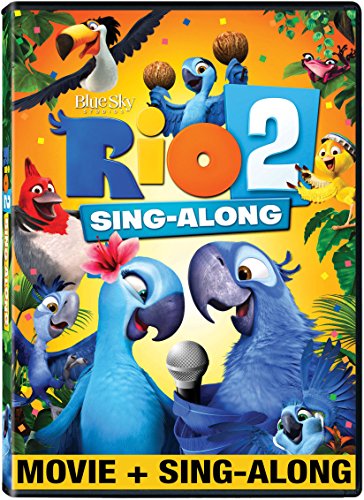 The entire cast of the animated smash RIO returns in RIO 2, and they are joined by a new flock of top actors and musical talents. Rich with grandeur, character, color and music, RIO 2 finds Jewel (Anne Hathaway), Blu (Jesse Eisenberg) and their three kids leaving their domesticated life in that magical city for a journey to the Amazon. They encounter a menagerie of characters who are born to be wild, voiced by Oscar nominee Andy Garcia, Oscar/Emmy/Tony-winner Rita Moreno, Grammy winner Bruno Mars, and Tony winner Kristin Chenoweth.

Current price$7.99
Since 8 months
Average price$5.52
Based on 6 years
Lowest price ever$1.00
3 years ago
Highest price ever$13.48
6 years ago
Amazing
Great
Average
High
It's not a good time to buy now, there's a 65% probability this price will decrease. Our advise is to Watch it.
Buy on Amazon

Rio 2, is it available on Amazon?

Yes! But at Pricepulse we inform you when is the lowest price to buy the Rio 2

Should I buy the Rio 2 now?

It's not a good time to buy now, there's a 65% probability this price will decrease. Our advise is to Watch it.

What is the current price of Rio 2?

What was the lowest price for the Rio 2?