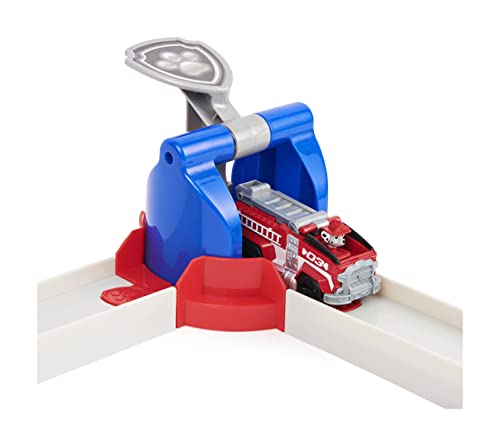 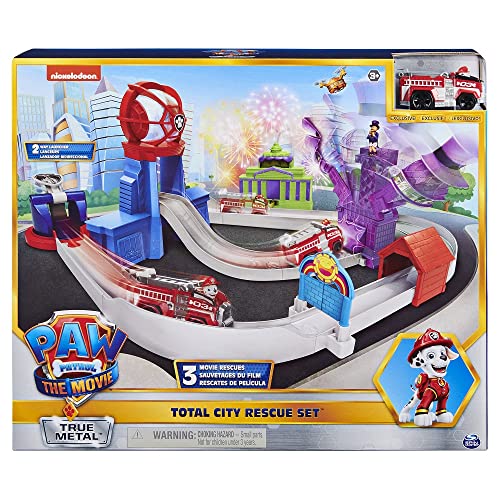 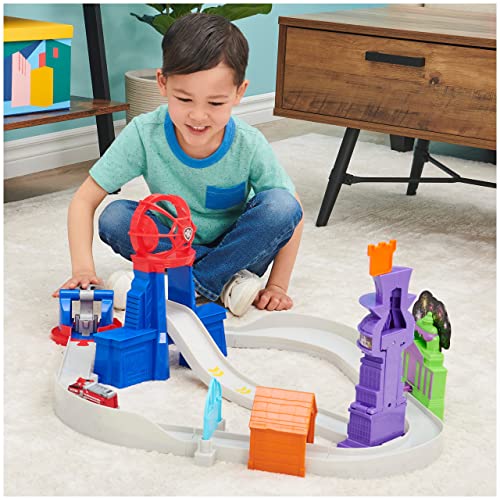 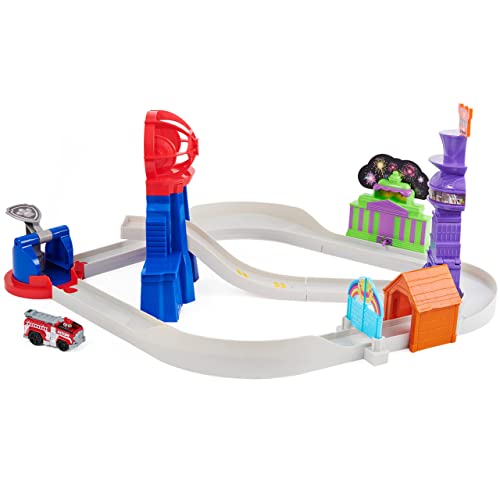 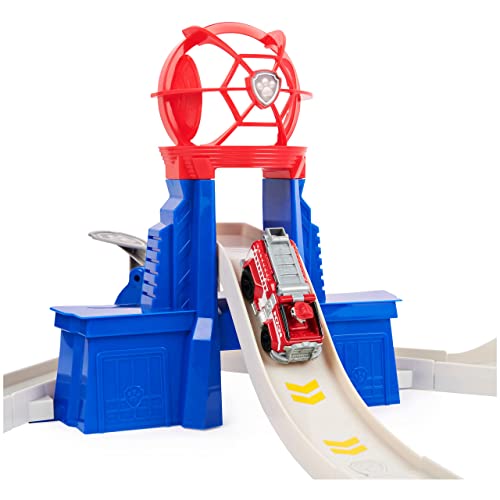 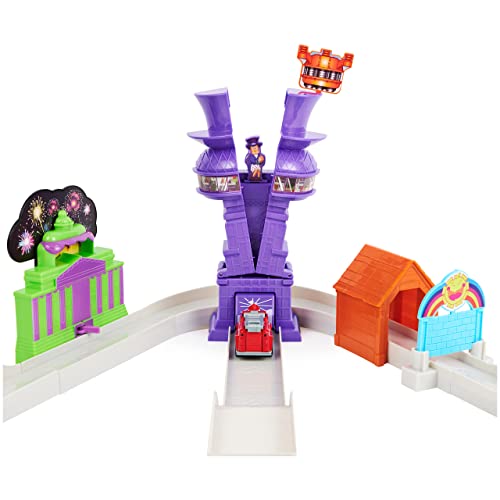 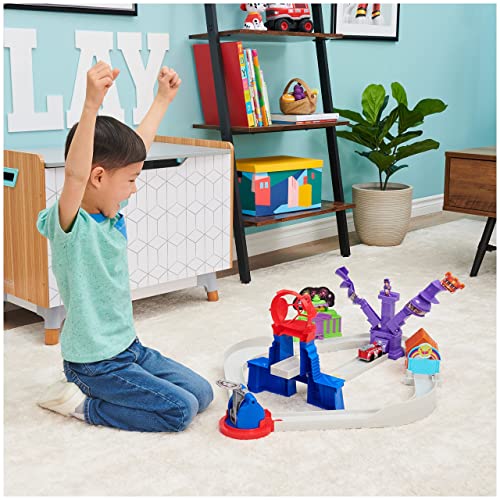 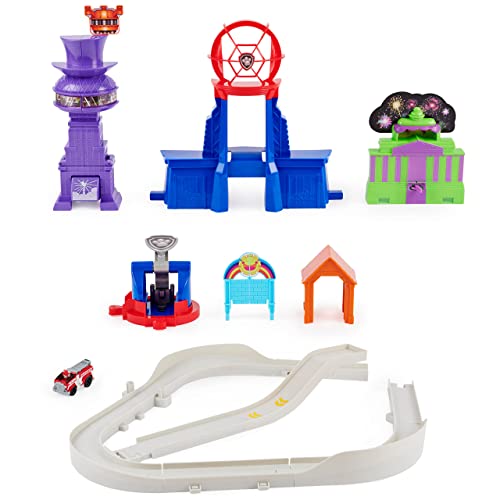 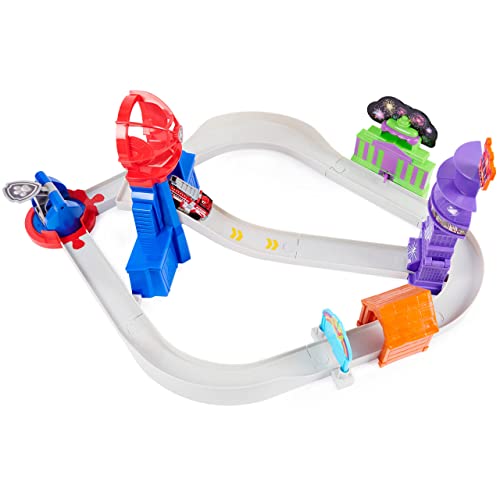 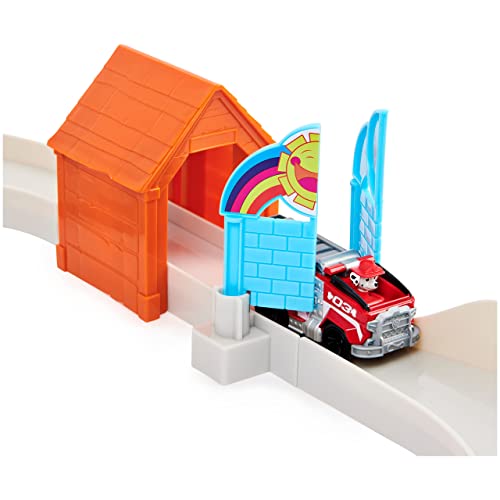 Rescue Adventure City from Mayor Humdinger with the PAW Patrol True Metal Total City Rescue Set! This action-packed track set features three rescue scenes from PAW Patrol: The Movie, a rotating vehicle launcher and an exclusive 1:55 scale Marshall die-cast vehicle you won’t find anywhere else! Load your exclusive vehicle into the launcher, then slam to send Marshall into action – Marshall races ahead, bursting through the abandoned obedience school’s wall! Next, rotate the launcher to make Marshall race around the other side of the race track, putting out the fireworks at City Hall! Finally, capture Mayor Humdinger! Launch Marshall from the Ultimate City Tower, crashing into Humdinger Heights. It splits open, revealing the mayor in his underwear – it’s so much fun! Reset your PAW Patrol set and play out your movie rescues again and again! The Total City Rescue Set works with all 1:55 scale PAW Patrol True Metal vehicles and is the perfect way to relive the excitement of PAW Patrol: The Movie at home. For even more high-speed missions and rescues, look for the 1:55 scale PAW Patrol The Movie Toys True Metal toy vehicles (each sold separately). PAW Patrol True Metal toys for boys and girls are the perfect gifts for kids and PAW Patrol fans. Recreate your favorite scenes from PAW Patrol: The Movie with the Total City Rescue Set!

Amazing
Great
Average
High
Although this is an Average price, there's a 66% probability this price will be higher. Our advice is Buy Now.
Buy on Amazon

Hasbro Gaming Girl Talk Truth or Dare  Board Game for Teens and Tweens, Inspired by The Original 1980s Edition, Ages 10 and Up, for 2-10 Players

Yes! But at Pricepulse we inform you when is the lowest price to buy the Paw Patrol True Metal Total City Rescue Movie Trac

Although this is an Average price, there's a 66% probability this price will be higher. Our advice is Buy Now.

What was the lowest price for the Paw Patrol True Metal Total City Rescue Movie Trac?