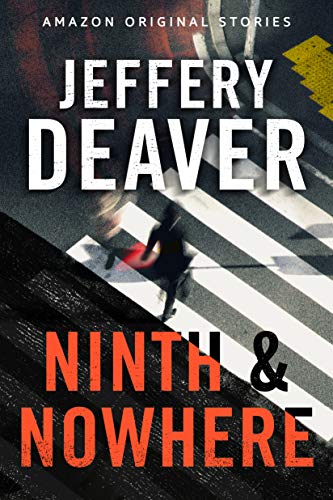 Seven strangers. Two hours. One tragic moment of violence that changes everything.

In this electrifying short story by New York Times bestselling author of The Never Game Jeffery Deaver, the destinies of seven strangers intersect in ways no one sees coming. It looks like just another gray March morning in the tough urban district nicknamed Nowhere when seven lives converge: a young man intent on buying a gun; the gangbanger who cuts him a deal; a by-the-book police officer on a last patrol; an advertising executive keeping secrets from her husband; a veteran haunted by a combat death; a single dad in a bitter custody battle; and a sharp-looking businessman en route to a new job he desperately needs. Any one of them could have a dark motive. Any one of them could be walking into a trap. When the fog lifts, it will all be much clearer—that a single, shattering act of violence has marked each of them forever.

Amazing
Great
Average
High
It's not a good time to buy now, there's a 14% probability this price will decrease. Our advice is to Watch it.
Buy on Amazon

Ninth And Nowhere, is it available on Amazon?

Yes! But at Pricepulse we inform you when is the lowest price to buy the Ninth And Nowhere

Should I buy the Ninth And Nowhere now?

It's not a good time to buy now, there's a 14% probability this price will decrease. Our advice is to Watch it.

What is the current price of Ninth And Nowhere?

What was the lowest price for the Ninth And Nowhere?