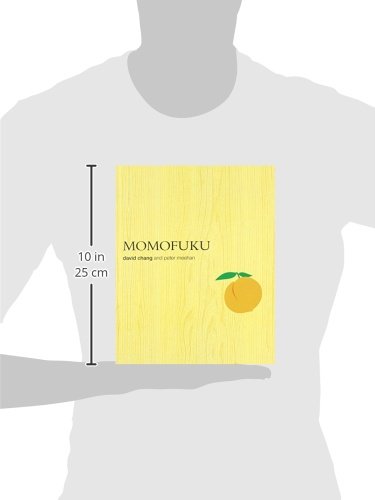 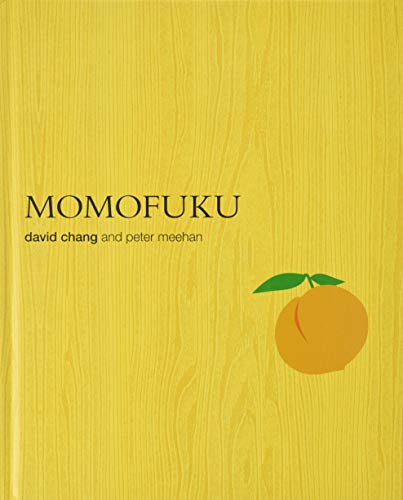 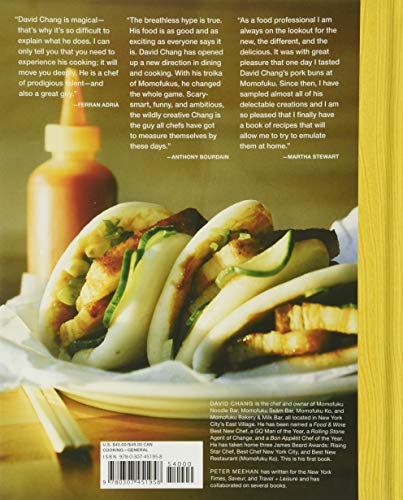 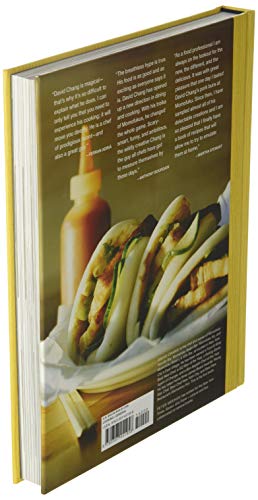 Product Description With 200,000+ copies in print, this New York Times bestseller shares the story and the recipes behind the chef and cuisine that changed the modern-day culinary landscape. Never before has there been a phenomenon like Momofuku. A once-unrecognizable word, it's now synonymous with the award-winning restaurants of the same name in New York City (Momofuku Noodle Bar, Ssäm Bar, Ko, Má Pêche, Fuku, Nishi, and Milk Bar), Toronto, and Sydney. Chef David Chang single-handedly revolutionized cooking in America and beyond with his use of bold Asian flavors and impeccable ingredients, his mastery of the humble ramen noodle, and his thorough devotion to pork.  Chang relays with candor the tale of his unwitting rise to superstardom, which, though wracked with mishaps, happened at light speed. And the dishes shared in this book are coveted by all who've dined—or yearned to—at any Momofuku location (yes, the pork buns are here). This is a must-read for anyone who truly enjoys food. Amazon.com From Momofuku: Ginger Scallion Noodles and Ginger Scallion Sauce Our ginger scallion noodles are an homage to/out-and-out rip-off of one of the greatest dishes in New York City: the $4.95 plate of ginger scallion noodles at Great New York Noodletown down on the Bowery in Chinatown. Ginger scallion sauce is one of the greatest sauces or condiments ever. Ever. It’s definitely a mother sauce at Momofuku, something that we use over and over and over again. If you have ginger scallion sauce in the fridge, you will never go hungry: stir 6 tablespoons into a bowl of hot noodles--lo mein, rice noodles, Shanghai thick noodles--and you’re in business. Or serve over a bowl of rice topped with a fried egg. Or with grilled meat or any kind of seafood. Or almost anything. At Noodle Bar, we add a few vegetables to the Noodletown dish to appease the vegetarians, add a little sherry vinegar to the sauce to cut the fat, and leave off the squirt of hoisin sauce that Noodletown finishes the noodles with. (Not because it’s a bad idea or anything, just that we’ve got hoisin in our pork buns, and too much hoisin in a meal can be too much of a good thing. Feel free to add it back.) The dish goes something like this: boil 6 ounces of ramen noodles, drain, toss with 6 tablespoons Ginger Scallion Sauce (below); top the bowl with 1/4 cup each of Bamboo Shoots (page 54 of Momofuku); Quick-Pickled Cucumbers (page 65 of Momofuku); pan-roasted cauliflower (a little oil in a hot wide pan, 8 or so minutes over high heat, stirring occasionally, until the florets are dotted with brown and tender all the way through; season with salt); a pile of sliced scallions; and a sheet of toasted nori. But that’s because we’ve always got all that stuff on hand. Improvise to your needs, but know that you need ginger scallion sauce on your noodles, in your fridge, and in your life. For real.-- David Chang Ingredients 2 1/2 cups thinly sliced scallions (greens and whites; from 1 to 2 large bunches) 1/2 cup finely minced peeled fresh ginger 1/4 cup grapeseed or other neutral oil 1 1/2 teaspoons usukuchi (light soy sauce) 3/4 teaspoon sherry vinegar 3/4 teaspoon kosher salt, or more to taste (Makes about three cups) Directions Mix together the scallions, ginger, oil, soy, vinegar, and salt in a bowl. Taste and check for salt, adding more if needed. Though it’s best after 15 or 20 minutes of sitting, ginger scallion sauce is good from the minute it’s stirred together up to a day or two in the fridge. Use as directed, or apply as needed. Review “David Chang is magical–that’s why it’s so difficult to explain what he does. I can only tell you that you need to experience his cooking; it will move you deeply. He is a chef of prodigious talent–and also a great guy.” —Ferran Adrià “The breathless hype is true. His food is as good and as exciting as everyone says it is. David Chang has opened up a new direction in dining and cooking. With his troika of Mo

Momofuku A Cookbook, is it available on Amazon?

Yes! But at Pricepulse we inform you when is the lowest price to buy the Momofuku A Cookbook

Should I buy the Momofuku A Cookbook now?

What is the current price of Momofuku A Cookbook?

What was the lowest price for the Momofuku A Cookbook?