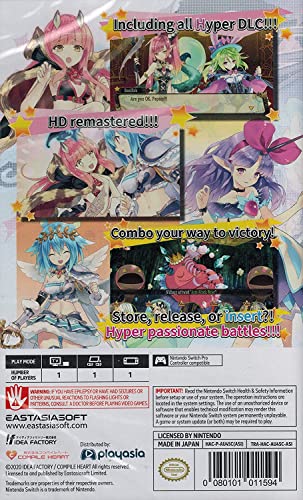 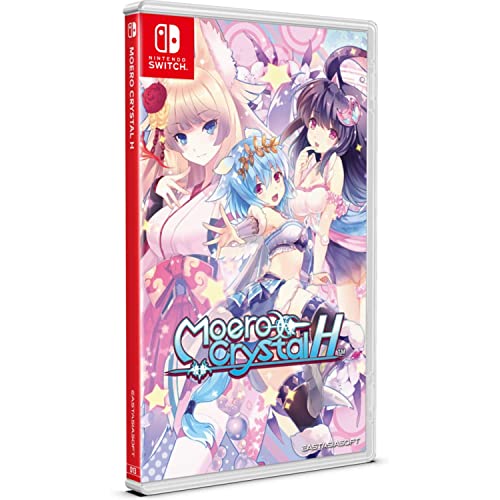 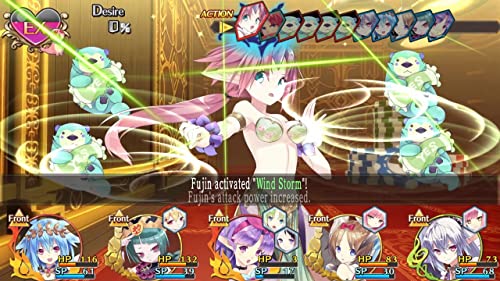 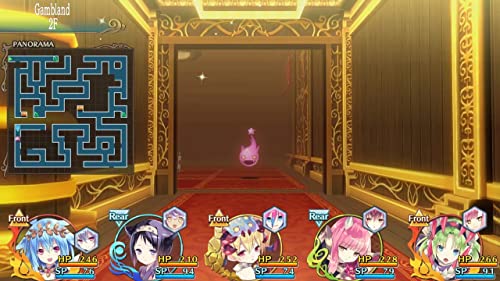 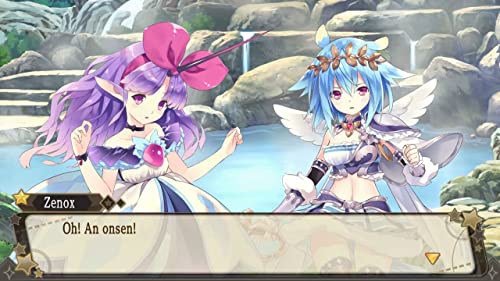 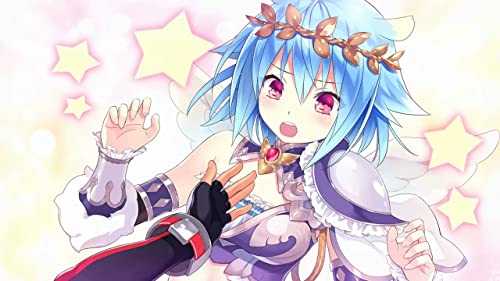 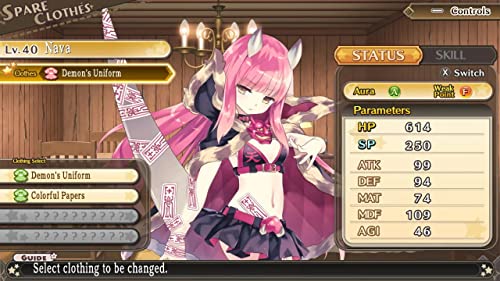 Eastasiasoft & Playasia are proud to present... the English release of MOERO CRYSTAL H for the Nintendo Switch! Moero Crystal H is a dungeon-crawling RPG telling the tale of Zenox the “Lucky Pervert”, who must partner with a troupe of monster girls to reclaim the stolen Bra of Darkness, an object of great power needed to save the world. Equipped with the “Panties of Light” to guide them, our heroes embark on their mythical quest. The original Moero Crystal was a 2015 PlayStation Vita game, but it never saw a release outside of Asia! While a follow-up to Monster Monpiece and Moero Chronicle, Moero Crystal H is a standalone story featuring all new characters. This remastered edition features an upgraded HD presentation, all previous DLC characters, English language subtitles, and the new “Double Scratch” feature, which updates the “Loving Scratch” mode so players can interact with and raise the affection of two monster girls at once! (now featuring HD rumble support). Moero Crystal H features deep turn-based combat as players explore a series of grid-based dungeons. Fight and recruit more than 80 monster girls, then mix and match their outfit combinations to change their appearance and skills. Climb aboard the “Funyaton-Go” for shoot’em up sections and discover secret stages hidden within the monster girls. Upgrade your gang’s living quarters and pair up monster girls as roommates. With its delightfully quirky fantasies and offbeat humor, Moero Crystal H is the ultimate hedonistic romp! This is the English physical release of Moero Crystal H for the Nintendo Switch!
Looking for Nintendo Switch?
Activate Stock Alert!

Amazing
Great
Average
High
This is absolutely the best time to buy. Don’t miss out, there's 67% probability of this price being higher soon. Buy now.
Buy on Amazon

Moero Crystal H, is it available on Amazon?

Yes! But at Pricepulse we inform you when is the lowest price to buy the Moero Crystal H

Should I buy the Moero Crystal H now?

What is the current price of Moero Crystal H?

What was the lowest price for the Moero Crystal H?