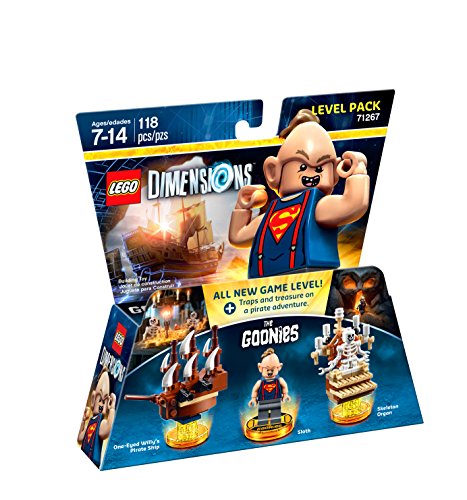 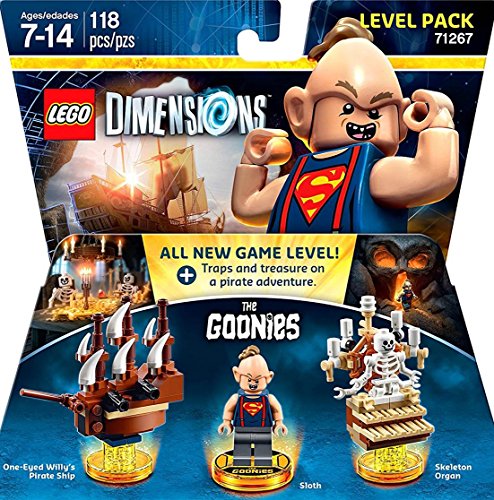 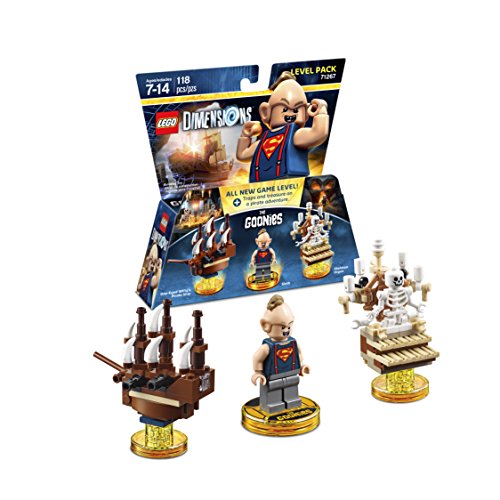 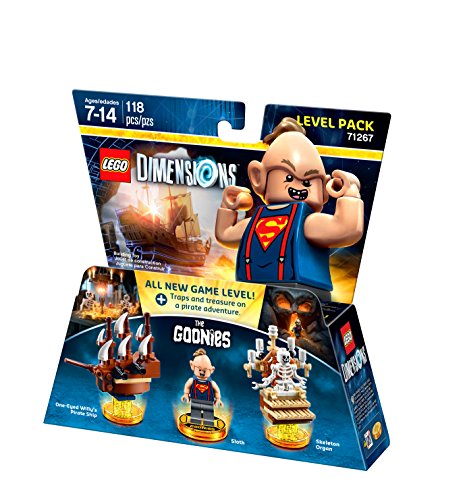 Hey, you guuuys! Help Sloth and Chunk escape the Fratelli hideout and join the rest of the Goonies on their search for One Eyed Willy's treasure. Make a break from the Fratelli family as they chase you through the pirate ship, but don't forget to dodge the traps! Build Sloth and use his Super Strength to smash through walls. For extra fun, play as Chunk and use his infamous Truffle Shuffle. Hop on to One-Eyed Willy's Pirate Ship when you need a ride or play the Skeleton Organ to make your way out of the caves. Rebuild One-Eyed Willy's Pirate Ship into Fanged Fortune and the Inferno Cannon, and the Skeleton Organ into Skeleton Jukebox and Skele-Turkey for added game play. Explore Mikey's House, Inferno Cove, and the Goon Docks in the Goonies Adventure World, and compete with up to 4 of your friends in the Goonies Battle Arena.

Current price$15.82
Since 39 hours
Average price$21.46
Based on 3 years
Lowest price ever$5.50
3 years ago
Highest price ever$31.01
4 months ago
Amazing
Great
Average
High
This is a great price to buy! There's a 89% probability this price will be higher. Our advise is Buy it now.
Buy on Amazon

Back to the Future Level Pack - LEGO Dimensions

Back to the Future Level Pack - LEGO Dimensions

Lego Dimensions Goonies Level Pack, is it available on Amazon?

Yes! But at Pricepulse we inform you when is the lowest price to buy the Lego Dimensions Goonies Level Pack

Should I buy the Lego Dimensions Goonies Level Pack now?

This is a great price to buy! There's a 89% probability this price will be higher. Our advise is Buy it now.

What is the current price of Lego Dimensions Goonies Level Pack?

What was the lowest price for the Lego Dimensions Goonies Level Pack?