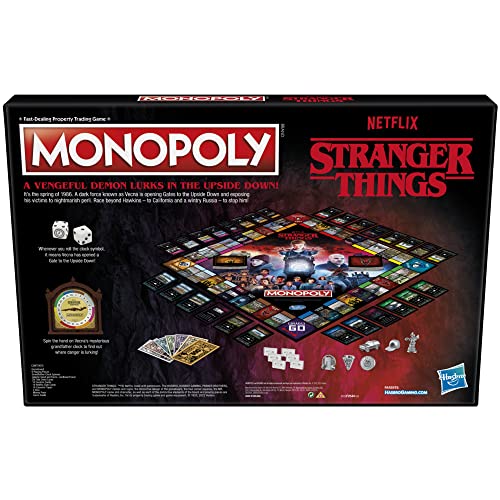 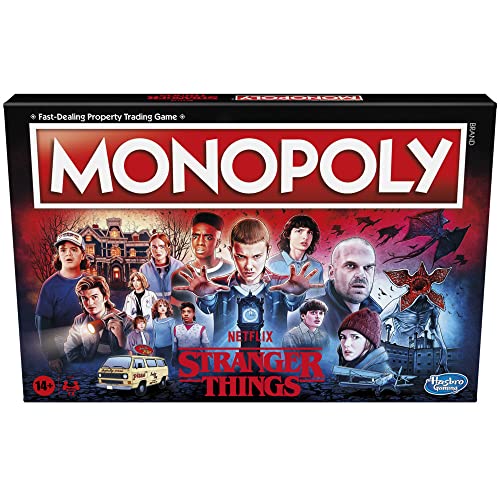 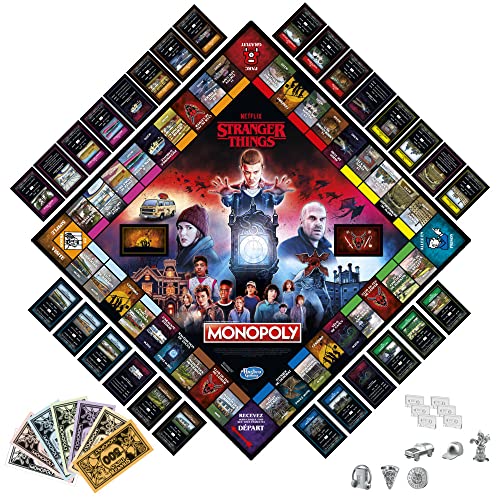 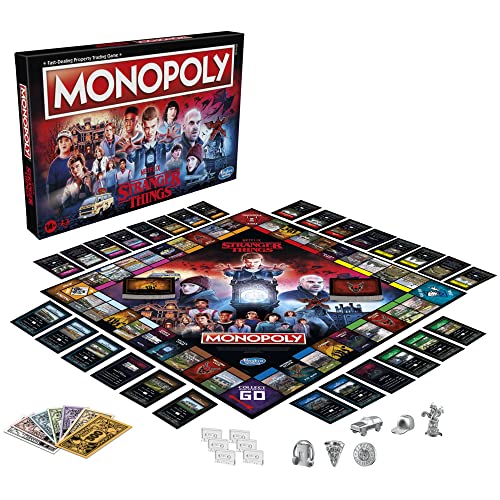 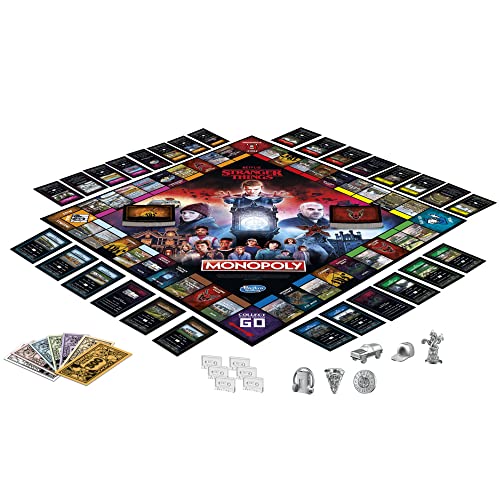 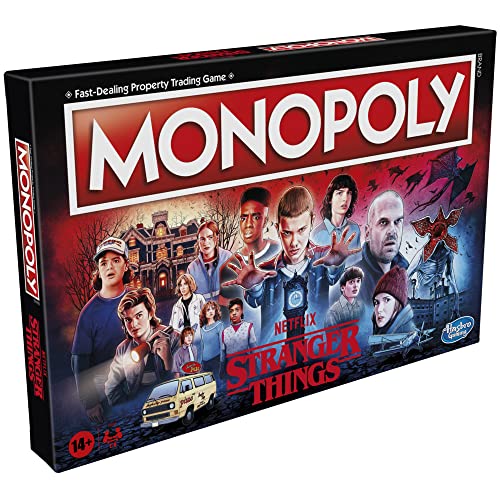 It's 1986 and a dark force known as Vecna is opening Gates to the Upside Down in Hawkins and beyond! Inspired by Season 4 of the Netflix series Stranger Things, the Monopoly: Stranger Things Edition board game is a must for fans. Spin the hand on Vecna’s ominous grandfather clock to find out where the Gates are, then race to close them. Players earn money along the way by charging other players rent, and the last player with money when all other players have gone bankrupt wins. But watch out! The game also ends if Vecna opens enough Gates so that every location is in the Upside Down. Then all players lose! The game is for 2-6 players and it's a great board game for adults and teens ages 14+. STRANGER THINGS: / Netflix. Used with permission. The Hasbro, Hasbro Gaming, Parker Brothers, and Monopoly names and logos, the distinctive design of the gameboard, the four corner squares, the Mr. Monopoly name and character, as well as each of the distinctive elements of the board and playing pieces are trademarks of Hasbro for its property trading game and game equipment.

Amazing
Great
Average
High
This is absolutely the best time to buy. Don’t miss out, there's 81% probability of this price being higher soon. Buy now.
Buy on Amazon

Yes! But at Pricepulse we inform you when is the lowest price to buy the Hasbro Gaming Monopoly Netflix Stranger Things Edi

This is absolutely the best time to buy. Don’t miss out, there's 81% probability of this price being higher soon. Buy now.

What is the current price of Hasbro Gaming Monopoly Netflix Stranger Things Edi?

What was the lowest price for the Hasbro Gaming Monopoly Netflix Stranger Things Edi?