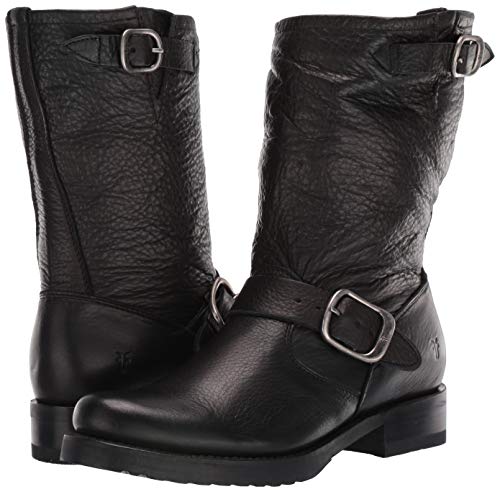 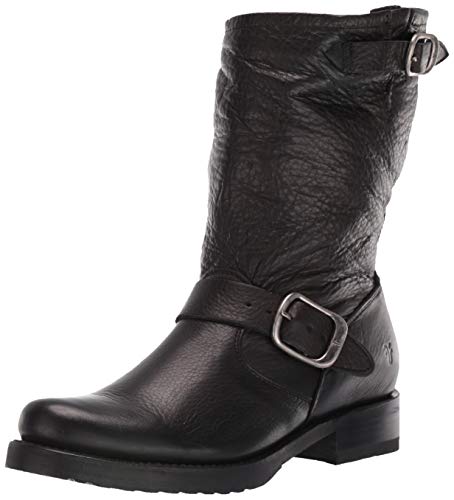 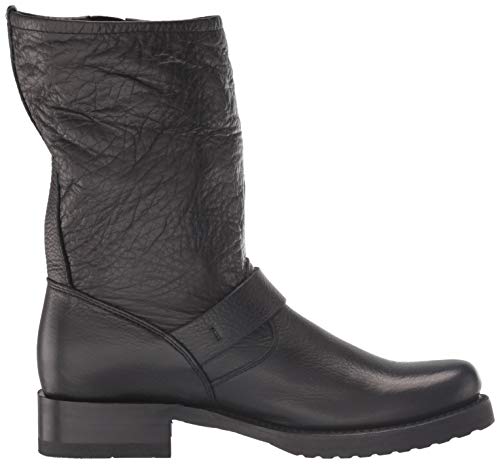 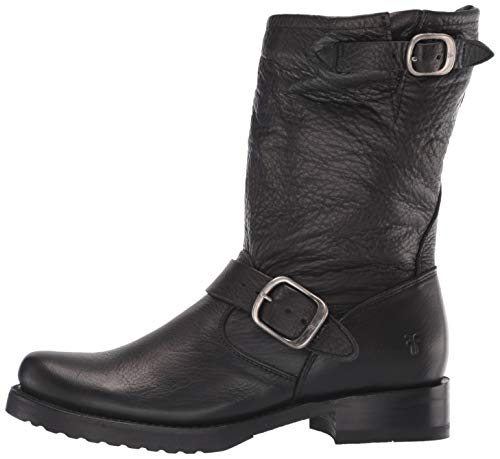 Amazon.com FRYE boots are famous for their high-quality leather and all-American appeal, and Veronica is no exception. This boot may be short in stature, but it's long in charm thanks to polished buckles and weathered leather that's beautifully broken in for rugged style you won't have to work at. A rubber sole lends grip to all-around-towning, so you're as sure footed as you are cool in Veronica. From the Manufacturer The Frye Company is the oldest continuously operated shoe company in the United States. Founded in 1863 by John A. Frye, a well-to-do shoemaker from England, and family-run until 1945, Frye products have a long and illustrious history. Frye boots were worn by soldiers on both sides of America's Civil War, soldiers in the Spanish-American war, and by Teddy Roosevelt and his Rough Riders. When home-steading drew adventurous New England families to the West during the mid and late 1800's many of the pioneers wore Frye Boots for the long journey. Today Frye remains true to its roots with its line of heritage boots, but continues to innovate as it introduces chic new handbags, pumps, and sandals to its collection.

Yes! But at Pricepulse we inform you when is the lowest price to buy the Frye Womens Veronica Short Ankle Boot Black 9 M Us

This is a great price to buy! There's a 60% probability this price will be higher. Our advise is Buy it now.

What is the current price of Frye Womens Veronica Short Ankle Boot Black 9 M Us?

What was the lowest price for the Frye Womens Veronica Short Ankle Boot Black 9 M Us?

The lowest historical price was $68.00