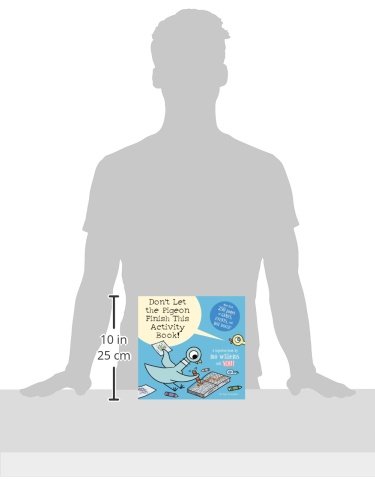 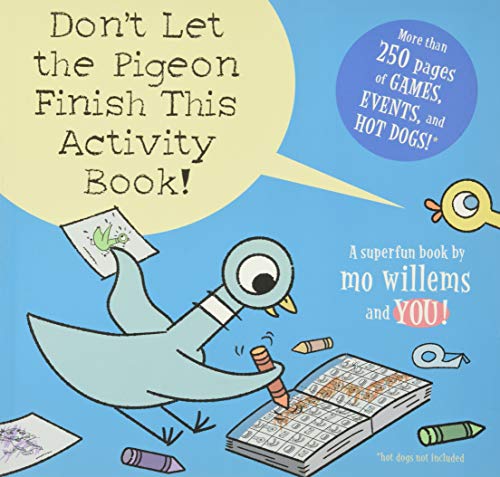 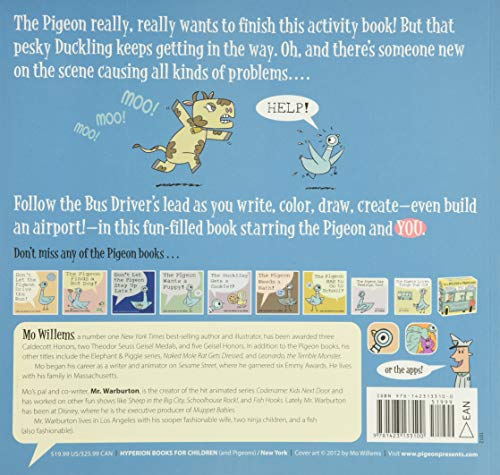 About the Author Mo Willems (www.pigeonpresents.com), a number one New York Times best-selling author and illustrator, has been awarded a Caldecott Honor on three occasions (for Don’t Let the Pigeon Drive the Bus!, Knuffle Bunny: A Cautionary Tale, and Knuffle Bunny Too: A Case of Mistaken Identity). Don’t Let the Pigeon Drive the Bus! was also an inaugural inductee into the Indies Choice Picture Book Hall of Fame. Other favorites include the Elephant & Piggie series, Naked Mole Rat Gets Dressed and City Dog, Country Frog, illustrated by Jon J Muth. Mo began his career on Sesame Street, where he garnered six Emmy Awards. See above. Product Description The Pigeon really, really wants to finish this activity book! But that pesky Duckling keeps getting in the way. Oh, and there's someone new on the scene causing all kinds of problems.... Follow the Bus Driver's lead as you write, color, draw, create--even build an airport!--in this fun-filled book starring the Pigeon and YOU. Review Willems and Codename: Kids Next Door creator Warburton allow readers to really get in touch with Pigeon, Duckling, and other beloved characters in a banter-filled activity book with a hilariously digressive narrative. On each perforated page, the Bus Driver provides instructions for each activity (which include drawing prompts, crafts, games, and more), while Pigeon-no surprise-gently pesters readers ("Now we're done with this activity book, right?"). When an alarmed Pigeon announces, "We're late for a puppet show!?" readers are instructed to craft a paper airplane, which then necessitates building an airport, naturally. Readers also have a hand in creating an elaborate puppet show (that Pigeon sleeps through), by filling in blanks for an exchange featuring a cranky new character, Mad Cow. The humor snowballs, with kids adding their own jokes to the mix, and the laughs will, too. Ages 3 up. Agent: Marcia Wernick, Wernick & Pratt. (Oct.) PW"

This Poem Is a Nest

We Are in an ART-ivity Book! (An Elephant and Piggie Book)

This Poem Is a Nest

We Are in an ART-ivity Book! (An Elephant and Piggie Book)

Dont Let The Pigeon Finish This Activity Book Pige, is it available on Amazon?

Yes! But at Pricepulse we inform you when is the lowest price to buy the Dont Let The Pigeon Finish This Activity Book Pige

Should I buy the Dont Let The Pigeon Finish This Activity Book Pige now?

What is the current price of Dont Let The Pigeon Finish This Activity Book Pige?

What was the lowest price for the Dont Let The Pigeon Finish This Activity Book Pige?