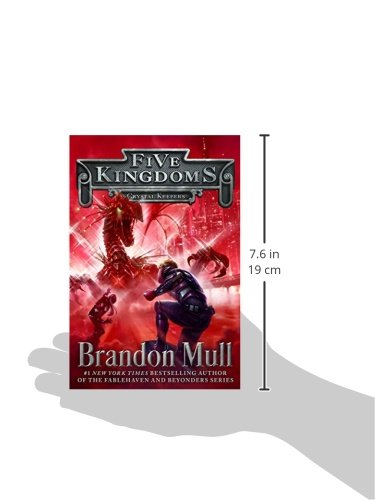 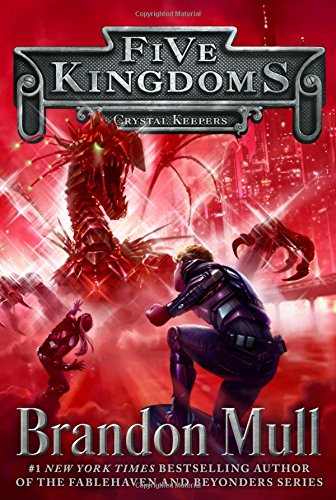 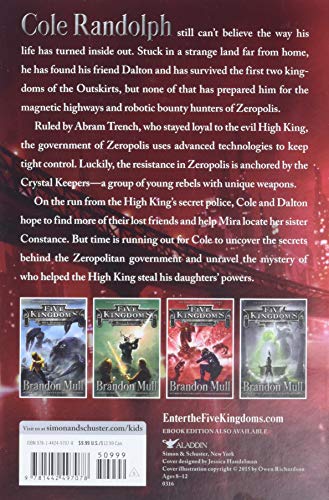 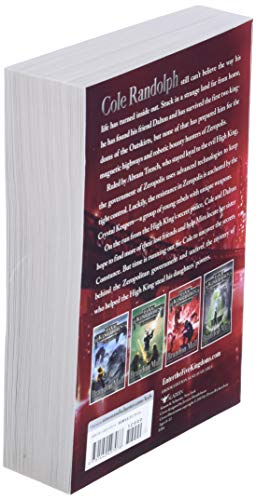 Product Description Trapped in a world where magic is powerful and dreams are real, Cole continues his quest in book three of this New York Times bestselling “fanciful, action-packed adventure” series (Publishers Weekly, starred review), from the author of the Fablehaven and Beyonders series. Cole Randolph still can’t believe the way his life has been turned inside out. Stuck in a strange land far from home, he found his friend Dalton and has survived the first two kingdoms of the Outskirts. But none of that has prepared him for the magnetic highways and robotic bounty hunters of Zeropolis. Ruled by Abram Trench, the one Grand Shaper who stayed loyal to the evil High King, the government of Zeropolis uses advanced technologies to keep tight control. Luckily, the resistance in Zeropolis is anchored by the Crystal Keepers—a group of young rebels with unique weapons. On the run from the High King’s secret police, Cole and Dalton venture to find more of their lost friends—and help their new friend, Mira, locate her sister Constance. But as their enemies ruthlessly dismantle the resistance, time is running out for Cole to uncover the secrets behind the Zeropolitan government and unravel the mystery of who helped the High King steal his daughters’ powers. Will Cole be able to fix what has gone awry with the magic in The Outskirts, or will he be stranded forever in a world between reality and imagination? About the Author Brandon Mull is the author of the  New York Times,  USA TODAY, and  Wall Street Journal bestselling Beyonders and Fablehaven series, as well as the bestselling Five Kingdoms, Candy Shop Wars, and Dragonwatch series. He resides in Utah, in a happy little valley near the mouth of a canyon. Brandon’s greatest regret is that he has but one life to give for Gondor. Excerpt. © Reprinted by permission. All rights reserved. Crystal Keepers CHAPTER 1 BUTLER The sky was getting bright, but the sun had yet to rise as Cole carried his saddle pad to his horse. He tossed it over Ranger’s back, but the quilted pad fell through the horse to the ground. Cole whirled. “Dalton?” His friend stood a short distance away, arms folded, leaning against a tree trunk. “Not bad?” Cole picked up the saddle pad and shook off the dirt. “Really good, actually.” He swiped a hand through the horse, feeling only a vague, cobwebby sensation. “That looks perfect.” “I moved Ranger last night after you conked out,” Dalton confessed. The illusionary horse disappeared. “Couldn’t sleep again?” Cole asked. “I tried,” Dalton said. “I couldn’t shut down my brain. It took some time.” “Dalton!” another voice called. Taller than Cole and Dalton by a few inches, though not much older, Jace stormed over to them, his deeply tanned face flushed. “Where’s my saddle?” Dalton cracked a smile. “Isn’t it over there?” he asked, pointing. Cole followed his finger to where Jace’s saddle leaned against a mossy log. “Ha-ha,” Jace said. “I already tried to grab it.” The saddle vanished. “That’s two really good seemings at once,” Cole said. “How long did you maintain them?” “Since right before you two got up,” Dalton said. “Fifteen minutes or something.” Jace huffed. “Good for you. Maybe you and Skye can set up your own dazzle show. Now where’s my saddle?” Dalton looked around innocently, then craned his head back. Cole tracked his gaze up into a tree where a saddle straddled a high branch, and a laugh spurted out before he could hold it back. “That better not be real,” Jace threatened. “I’ll drop it on your head.” The saddle disappeared. “Three seemings at the same time?” Cole asked. “It’s over by that stump,” Dalton said, nodding toward the one he meant. As Cole watched, the scarred old stump melted away to reveal Jace’s saddle. “Four,” Cole said. “And they all looked great.” Dalton shrugged. “Nice waste of time, Dalton,” Jace complained. “We’re on the run.” “You’d do the same thing if you could work seemings,” Cole said. “I’d make

Crystal Keepers 3 Five Kingdoms, is it available on Amazon?

Yes! But at Pricepulse we inform you when is the lowest price to buy the Crystal Keepers 3 Five Kingdoms

Should I buy the Crystal Keepers 3 Five Kingdoms now?

What is the current price of Crystal Keepers 3 Five Kingdoms?

What was the lowest price for the Crystal Keepers 3 Five Kingdoms?