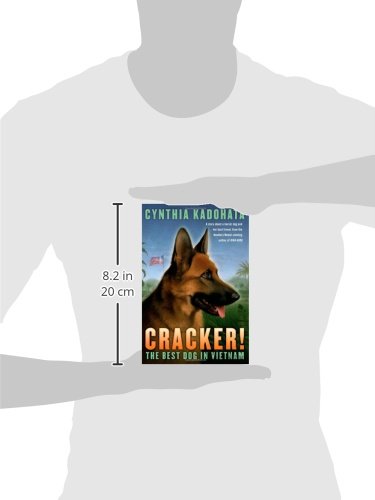 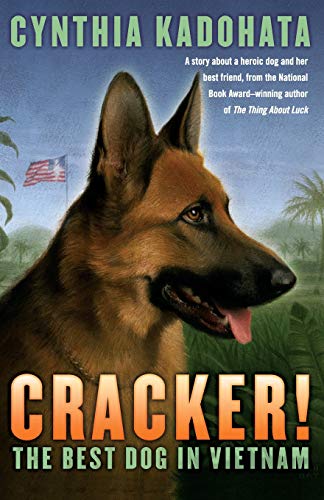 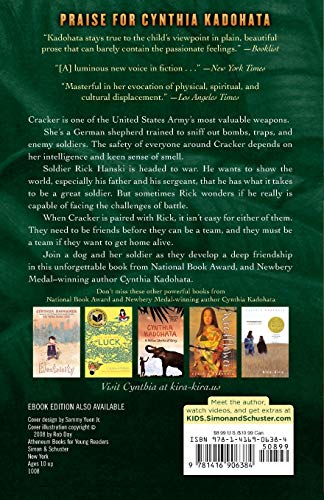 Product Description Winner of the Buckeye Children's Book Award (Ohio), the California Young Reader Medal, Emphasis on Reading Book Award (Alabama), North Carolina Children's Book Award, Parents' Choice Award, South Carolina Book Award, and the William Allen White Children's Book Award (Kansas) CRACKER IS ONE OF THE UNITED STATES ARMY'S MOST VALUABLE WEAPONS:  a German shepherd trained to sniff out bombs, traps, and the enemy. The fate of entire platoons rests on her keen sense of smell. She's a Big Deal, and she likes it that way. Sometimes Cracker remembers when she was younger, and her previous owner would feed her hot dogs and let her sleep in his bed. That was nice, too.  Rick Hanski is headed to Vietnam. There, he's going to whip the world and prove to his family and his sergeant -- and everyone else who didn't think he was cut out for war -- wrong. But sometimes Rick can't help but wonder that maybe everyone else is right. Maybe he should have just stayed at home and worked in his dad's hardware store. When Cracker is paired with Rick, she isn't so sure about this new owner. He's going to have to prove himself to her before she's going to prove herself to him. They need to be friends before they can be a team, and they have to be a team if they want to get home alive. Told in part through the uncanny point of view of a German shepherd, Cracker! is an action-packed glimpse into the Vietnam War as seen through the eyes of a dog and her handler. It's an utterly unique powerhouse of a book by the Newbery Medal-winning author of Kira-Kira. About the Author Cynthia Kadohata is the author of the Newbery Medal–winning book  Kira-Kira, the National Book Award winner  The Thing About Luck, the Jane Addams Peace Award and PEN America Award winner  Weedflower,  Cracker!,  Outside Beauty,  A Million Shades of Gray,  Half a World Away,  Checked,  A  Place to Belong, Saucy, and several critically acclaimed adult novels, including  The Floating World. She lives with her dog and hockey-playing son in California. Visit her online at CynthiaKadohata.com.

The Goodnight Train Rolls On! Board Book

Cracker The Best Dog In Vietnam, is it available on Amazon?

Yes! But at Pricepulse we inform you when is the lowest price to buy the Cracker The Best Dog In Vietnam

Should I buy the Cracker The Best Dog In Vietnam now?

What is the current price of Cracker The Best Dog In Vietnam?

What was the lowest price for the Cracker The Best Dog In Vietnam?