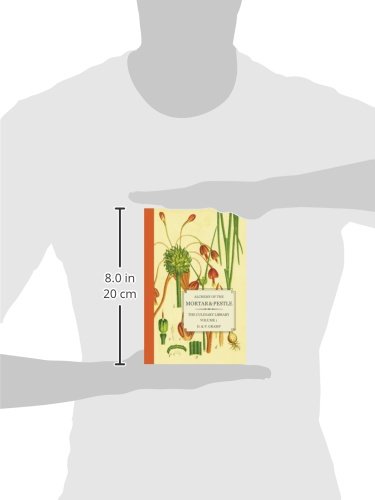 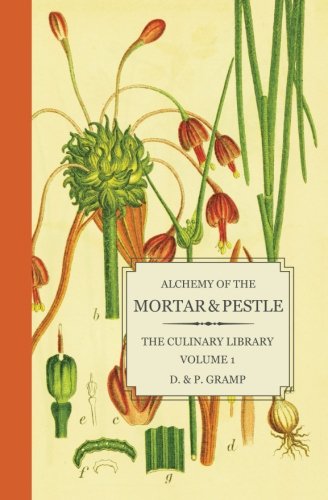 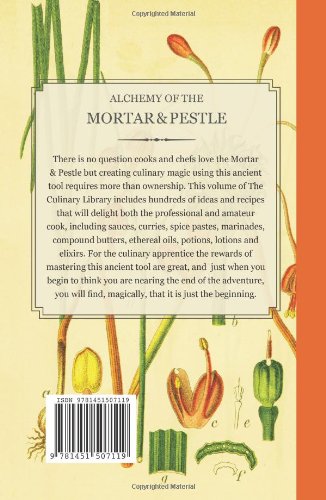 Product Description Vegetarian, vegan and meat eaters alike will find hundreds of recipes for the Mortar and Pestle in this Volume from The Culinary Library series. Sitting in the number 1 position on Amazon since its release, this is the world's most comprehensive and best loved cookbook for this culinary tool. The Culinary Library Series of techniques is an essential building library for any student of the culinary arts from cooking schools to Chefs, amateur cooks and children. No passionate cooks library is complete without this definitive resource and food reference. Recipes in Volume 1 include curry pastes, sauces, compound butters, marinades, pasta sauces, salsas, dips and spreads. Alchemy in food and cooking is the transformation of average foods to their maximum potential and the Mortar & Pestle is one way to achieve excellence in flavor. Men and women from all cultures around the world have been excited by the Mortar & Pestle for centuries and this cookbook from The Culinary Library is the first serious cookbook written for this kitchen tool. As the definitive voice on the subject this book is suited for curriculum in cooking schools, demonstration cooking and as a textbook in secondary and primary schools. Arguably the first culinary tool invented by man, the Mortar and Pestle remains a world wide favorite unaffected by time, culture or gender. From professional chefs to amateur home cooks the definitive Mortar & Pestle book by D & P Gramp covers history, selection, pre-prep and recipes from sauces, curries, pastes, compound butters and marinades to unguents and elixirs. You will be spellbound by the unfolding magic of this Alchemical food tool. Other books in The Culinary Library series include:Volume 2, Edible Flowers and Leaves,(#4 on Amazon) with recipes for microgreens, edible flowers and baby leaves Volume 3, Mastery of the Sauces. Check out the five star reviews for the most comprehensive cookbook on Sauces currently on the market.It includes hundreds of recipes from the Classic 5 Mother sauces of French Classical cookery and their derivative sauces to the foams and soil sauce replacements of the molecular gastronomy movement of Heston and El-Bulli. Volume 4, Soups has all the soup recipes you could need.Leave a review on this ***** 5 star series. About the Author The Culinary Library is a series of technical cookbooks created by published authors trained in the culinary arts at the Cordon Bleu and Elizabeth Russell's French Cookery schools in London. With industry experience as professional chefs in Mayfair & Knightsbridge, London, and food lecturing and demonstration in Australia, they bring a wealth of knowledge to both beginner and professional cooks alike. Between them, D & P Gramp also have degrees in the Visual Arts, Psychology, and Medicine, have studied cheese making, cake decorating and launched the successful whole leaf artisan tea business, MightyLeaf Tea Australia.They have written for pre-school TV and picture books for children. Food for Elephants ( and other circus Folk) & Run away to the Circus are magical rhyming picture books with recipes for young readers and cooks from 2-14 years. The first reader, rhyming & counting books for babies and toddlers including Ten Little Animals and Ten Little Snowmen. They founded the very successful food blog, TheCulinaryLibrary.com, in 2011.With a passion and love for food their 20 volume series of cookbook techniques are ideal for both beginner and experienced cooks.

Alchemy Of The Mortar Pestle The Culinary Library, is it available on Amazon?

Yes! But at Pricepulse we inform you when is the lowest price to buy the Alchemy Of The Mortar Pestle The Culinary Library

Should I buy the Alchemy Of The Mortar Pestle The Culinary Library now?

What is the current price of Alchemy Of The Mortar Pestle The Culinary Library?

What was the lowest price for the Alchemy Of The Mortar Pestle The Culinary Library?