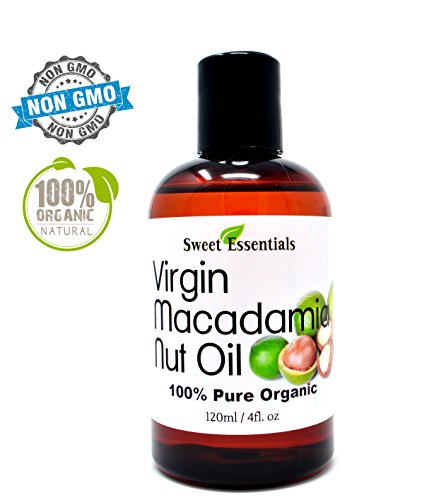 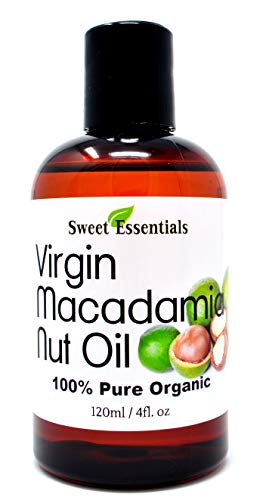 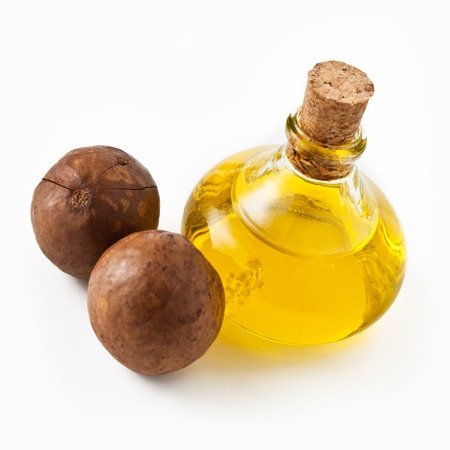 Remarkably lightweight, macadamia oil's unique composition gives it an uncanny similarity and compatibility to sebum, the natural oils our own scalp produces. It's this unique similarity that makes it so effective, allowing the oil to infuse into hair and scalp with extraordinarily fast absorption and penetration. ---Skin--One of the best ways that macadamia nut oil can be used is to treat dry, damaged or aging skin. Macadamia nut oil contains the highest amount of palmitoleic acid, which contains many great anti-aging compounds. Some of these compounds have been found to decrease the rate at which skin matures. However, the palmitoleic acid found in macadamia nut oil can not only slow down the signs of aging, but some research has found that it can even remove signs of aging. Macadamia nut oil is light and not greasy, making it a great oil for the skin, and especially the face. When used regularly on the skin, macadamia nut oil can soften, moisturize and even add a glow to dry or damaged skin. ---Hair- Macadamia nut oil contains several important vitamins and minerals that make it a great way to treat dry hair. As discussed earlier, macadamia nut oil is relatively light and not greasy, making it a great treatment for hair. This oil is easily absorbed by both the hair follicles as well as the scalp itself, resulting in less amounts of dandruff, increased silkiness and shine of the hair, and even a promotion in the rate at which the hair grows. While macadamia nut oil is most often used as a type of conditioner for hair, and therefore is washed out after application, it is light enough to leave in without leaving hair greasy or weighed down. Nourishes, de-tangles, and smooth's the hair, leaving it free of frizz. Can also help heal and prevent split ends, giving hair a much healthier appearance.