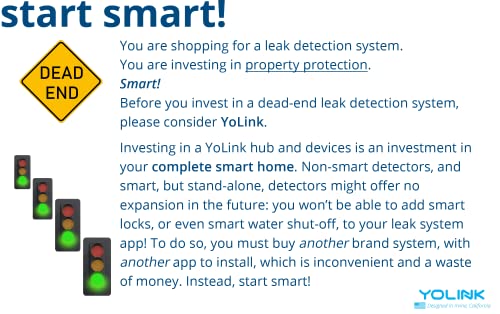 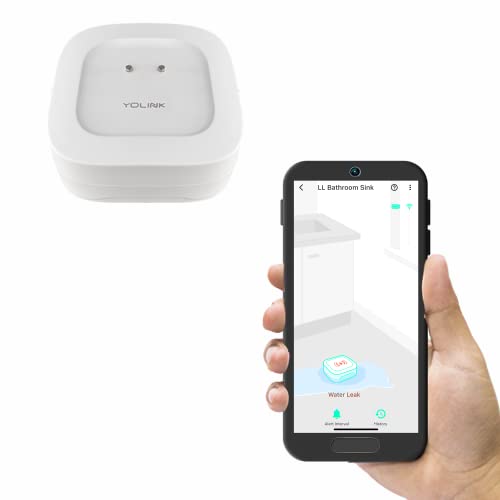 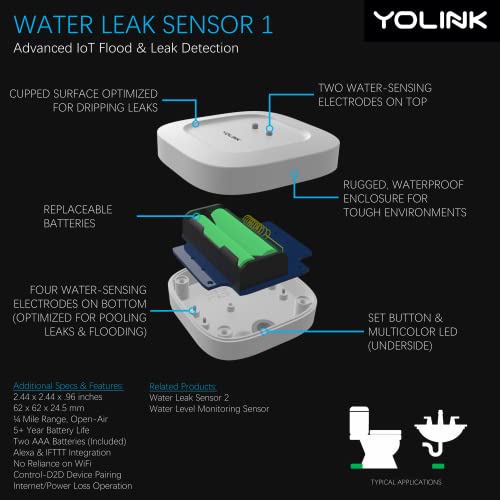 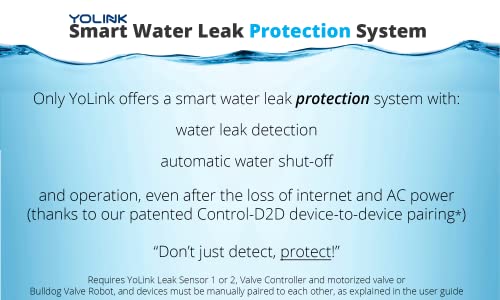 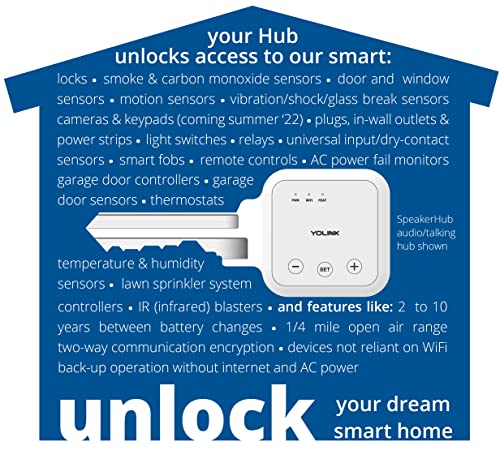 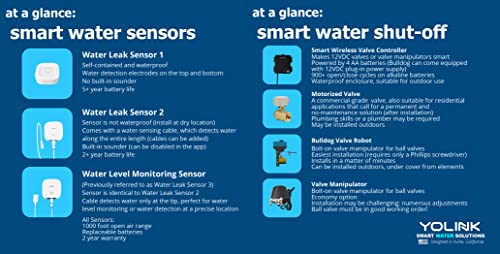 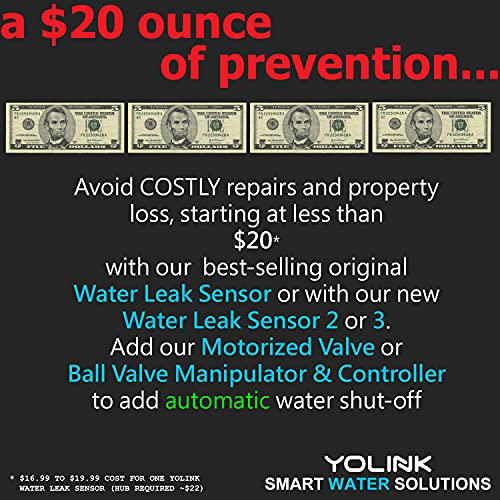 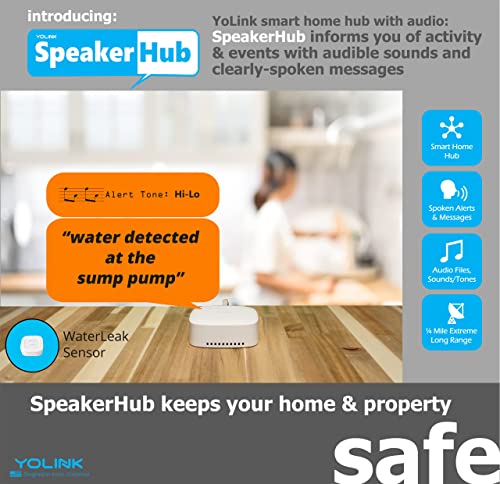 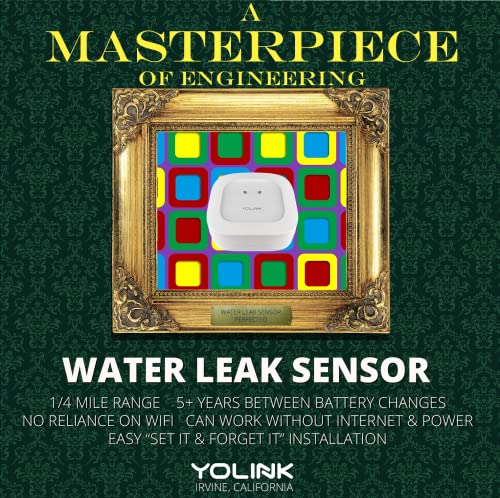 Requirements:
1. A YoLink Hub, link https://www.amazon.com/dp/B07TQLKQLJ
2. The smartphone or tablet able to run iOS 9 or higher, Android 4.4 or higher.

Water Leak Sensor is widely used in water leak detection. There will have an alert when any of the three sets of probes were under the water. Download YoLink App, add Water Leak Sensor to your smart home system, which will able to monitor your home's security in real time.
With Yolink APP and Hub, you can also control or monitor all YoLink smart home devices, such as plugs, switches, locks, gas/water Valves, sensors and more. You can set scenes, automation and YoLink Control between devices and devices, making your house smart. In all, you can build your own smart home system with YoLink.

Yes! But at Pricepulse we inform you when is the lowest price to buy the Yolink Water Leak Detector 14 Mile Worlds Longest

What is the current price of Yolink Water Leak Detector 14 Mile Worlds Longest?

What was the lowest price for the Yolink Water Leak Detector 14 Mile Worlds Longest?