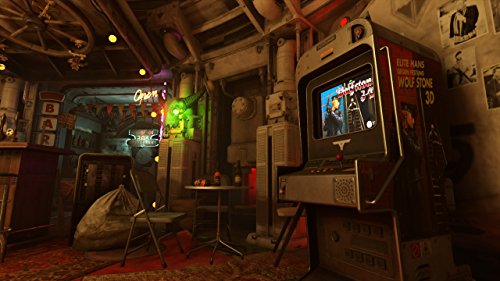 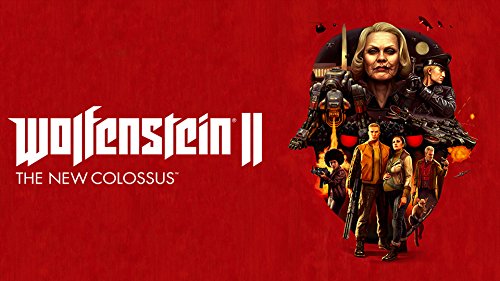 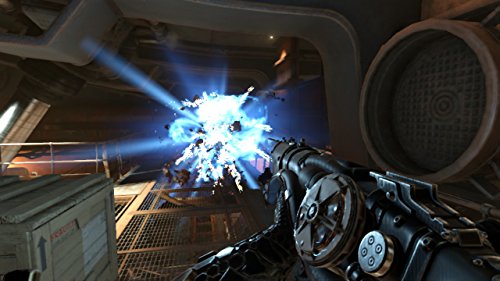 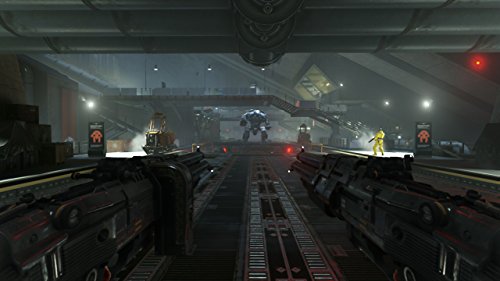 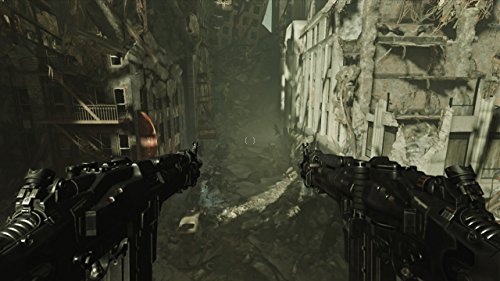 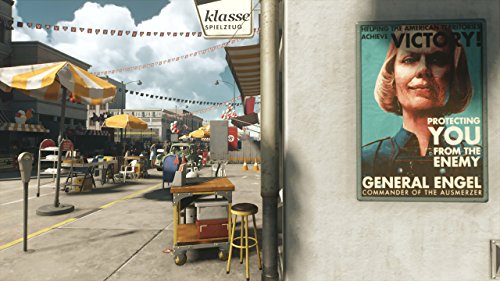 Wolfenstein II: The New Colossus is the highly anticipated sequel to the critically acclaimed first-person shooter, Wolfenstein: The New Order developed by the award-winning studio MachineGames. An exhilarating adventure brought to life by the industry-leading id Tech 6, Wolfenstein II sends players to Nazi-controlled America on a mission to recruit the boldest resistance leaders left. Fight the Nazis in iconic locations such as small-town Roswell, New Mexico, the bayous and boulevards of New Orleans, and a post-nuclear Manhattan. Equip an arsenal of badass guns, and unleash new abilities to blast your way through legions of advanced Nazi soldiers and über soldiers in this definitive first-person shooter.  STORY: America, 1961. Your assassination of Nazi General Deathshead was a short-lived victory. Despite the setback, the Nazis maintain their stranglehold on the world. You are BJ Blazkowicz, aka "Terror-Billy," member of the Resistance, scourge of the Nazi empire, and humanity's last hope for liberty. Only you have the guts, guns, and gumption to return stateside, kill every Nazi in sight, and spark the second American Revolution. KEY FEATURES: The Mission: Liberate America from the Nazis - Strap in for a heart-pounding journey as you fight the Nazi war machine on American soil. As BJ Blazkowicz, protect your family and friends, forge new alliances and face the demons of your troubled past as you rally pockets of resistance to overthrow the Nazi occupation.​ The People: Rally the Resistance - Immerse yourself in a world brought to life by unforgettable characters who bring a new level of personality to the franchise. Reunite with your friends and fellow freedom fighters such as Anya, Caroline, Bombate, Set, Max Hass, Fergus or Wyatt, and befriend new characters such as Horton and Grace as you take on the evil Frau Engel and her Nazi army. The Arsenal: Wield Devastating Guns and Future Tech - Blast Nazis to bits with high-tech weaponry such as the Laserkraftwe
Looking for Nintendo Switch at $299?
Get back to Stock Alert!
Amazing
Great
Average
High
It's unlikely to find significant changes in price, we expect this product to remain within its Average price. Our advice is Buy now.
Buy on Amazon

Wolfenstein Ii The New Colossus Nintendo Switch Di, is it available on Amazon?

Yes! But at Pricepulse we inform you when is the lowest price to buy the Wolfenstein Ii The New Colossus Nintendo Switch Di

Should I buy the Wolfenstein Ii The New Colossus Nintendo Switch Di now?

What is the current price of Wolfenstein Ii The New Colossus Nintendo Switch Di?

What was the lowest price for the Wolfenstein Ii The New Colossus Nintendo Switch Di?

The lowest historical price was $56.99