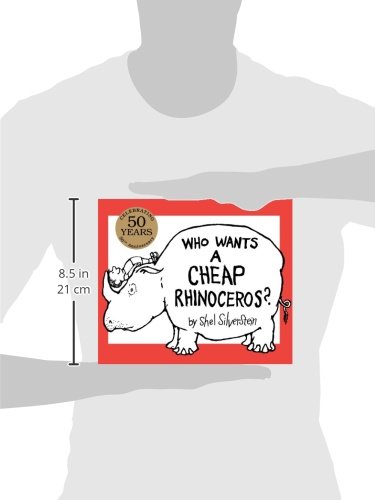 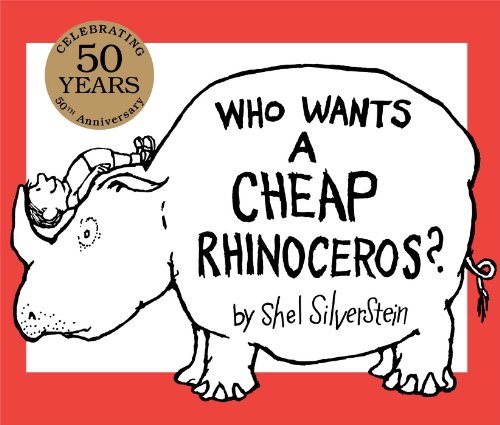 Product Description A rhino makes the best kind of friend in this 50th Anniversary Edition of a cherished classic from Shel Silverstein. Looking for a new pet? Bored with cats, dogs, goldfish, gerbils, and hamsters? How about a cheap rhinoceros? Shel Silverstein’s loving look at the joys of rhino ownership may convince you to be the lucky person who takes home this very, very unusual pet. This 50th Anniversary Edition features jacket art from the original 1964 edition, plus a commemorative anniversary sticker. About the Author Shel Silverstein is best known as a children’s book author who wrote and illustrated a number of bestselling books that have charmed millions of readers of all ages. Crossing many artistic boundaries, he was also a noted songwriter and an accomplished playwright. Silverstein first came to prominence in the 1950s as a cartoonist for Playboy, where he assumed the role of roving ambassador for the up-and-coming magazine. This esteemed assignment—due in no small part to his friendship with Hugh M. Hefner—was the auspicious beginning of a most amazing career. Shel Silverstein died in 1999.

Because I Had a Teacher — New York Times best seller

Dear Teacher,: A Celebration of People Who Inspire Us

The Bad Seed Presents: The Good, the Bad, and the Spooky

Seuss-isms! A Guide to Life for Those Just Starting Out...and Those Already on Their Way

Paint by Sticker Kids: Under the Sea: Create 10 Pictures One Sticker at a Time!

Thank You, Teacher from The Very Hungry Caterpillar

National Parks of the USA