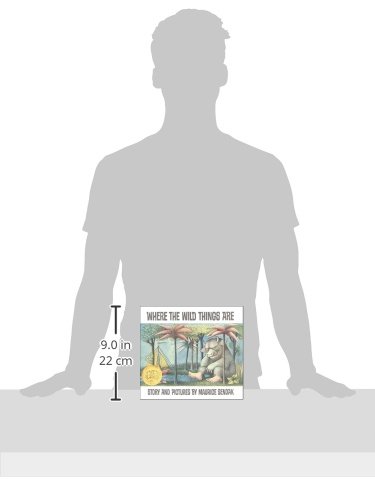 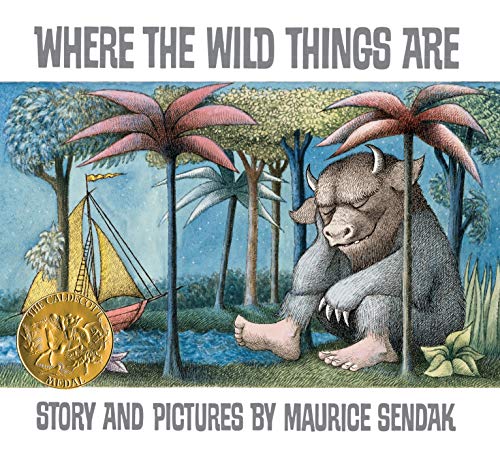 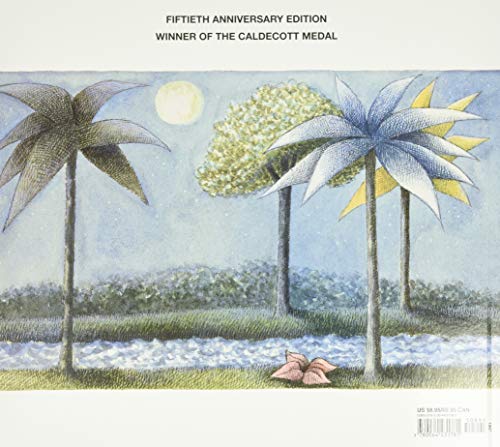 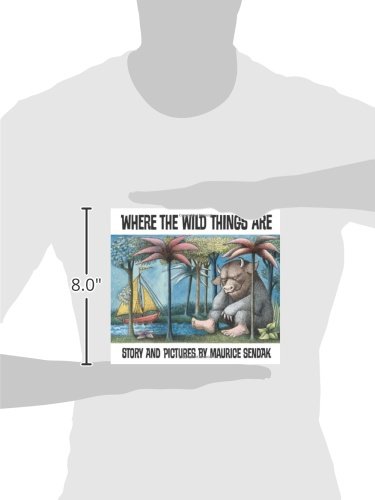 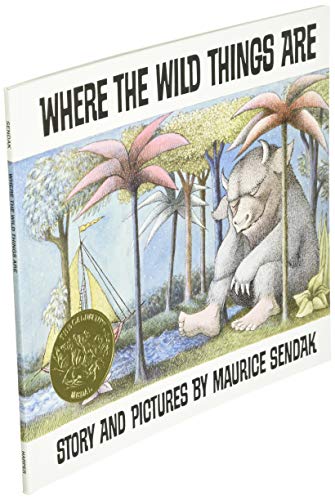 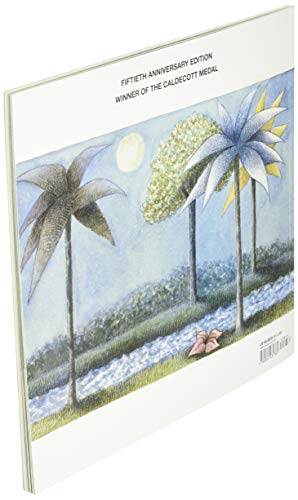 Amazon.com Review Where the Wild Things Are is one of those truly rare books that can be enjoyed equally by a child and a grown-up. If you disagree, then it's been too long since you've attended a wild rumpus. Max dons his wolf suit in pursuit of some mischief and gets sent to bed without supper. Fortuitously, a forest grows in his room, allowing his wild rampage to continue unimpaired. Sendak's color illustrations (perhaps his finest) are beautiful, and each turn of the page brings the discovery of a new wonder. The wild things--with their mismatched parts and giant eyes--manage somehow to be scary-looking without ever really being scary; at times they're downright hilarious. Sendak's defiantly run-on sentences--one of his trademarks--lend the perfect touch of stream of consciousness to the tale, which floats between the land of dreams and a child's imagination. This Sendak classic is more fun than you've ever had in a wolf suit, and it manages to reaffirm the notion that there's no place like home. Product Description Maurice Sendak's Caldecott Medal-winning picture book has become one of the most highly acclaimed and best-loved children's books of all time. A must for every child's bookshelf. This iconic story has inspired a movie, an opera, and the imagination of generations. When Max dresses in his wolf suit and causes havoc in the house, his mother sends him to bed. From there, Max sets sail to an island inhabited by the Wild Things, who name him king and share a wild rumpus with him. But then from far away across the world, Max smells good things to eat... Let the wild rumpus continue as this classic comes to life like never before with new reproductions of Maurice Sendak's artwork. Astonishing state-of-the-art technology faithfully captures the color and detail of the original illustrations. Sendak himself enthusiastically endorsed this impressive new interpretation of his art. Mary Pols of Time magazine wrote that "what makes Sendak's book so compelling is its grounding effect: Max has a tantrum and in a flight of fancy visits his wild side, but he is pulled back by a belief in parental love to a supper 'still hot." Generations have shared this beautiful picture book, and children of all ages will want to return to it again and again. New York Public Library's #4 book on the list of "Top Check Outs of All Time" One of the National Education Association's "Teachers' Top 100 Books for Children" The top picture book in School Library Journal's survey of its readers Maurice Sendak was also the creator of such classics as In the Night Kitchen, Outside Over There, Higglety Pigglety Pop!, and Nutshell Library. Review “The clearer reproductions of the original art are vibrant and luminous.” — The Horn Book “Each word has been carefully chosen and the simplicity of the language is quite deceptive.” — School Library Journal “A timeless classic that continues to win over the hearts of children. The simple, rhythmic text and expressive illustrations are just as appealing today as they were when I was a child.” 10 Must-Have Books for 2-Year-Olds — Brightly From the Inside Flap Fiftieth Anniversary Edition Winner of the Caldecott Medal--SLJ. From the Back Cover Fiftieth Anniversary Edition Winner of the Caldecott Medal About the Author Maurice Sendak’s children’s books have sold over 30 million copies and have been translated into more than 40 languages. He received the 1964 Caldecott Medal for Where the Wild Things Are and is the creator of such classics as In the Night Kitchen, Outside Over There, Higglety Pigglety Pop!, and Nutshell Library. In 1970 he received the international Hans Christian Andersen Medal for Illustration, in 1983 he received the Laura Ingalls Wilder Award from the American Library Association, and in 1996 he received a National Medal of Arts in recognition of his contribution to the arts in America. In 2003, Sendak received the first Astrid Lindgren Memorial Award, an annual international priz

Amazing
Great
Average
High
Although this is an Average price, there's a 72% probability this price will be higher. Our advice is Buy Now.
Buy on Amazon

Where The Wild Things Are, is it available on Amazon?

Yes! But at Pricepulse we inform you when is the lowest price to buy the Where The Wild Things Are

Should I buy the Where The Wild Things Are now?

Although this is an Average price, there's a 72% probability this price will be higher. Our advice is Buy Now.

What is the current price of Where The Wild Things Are?

What was the lowest price for the Where The Wild Things Are?