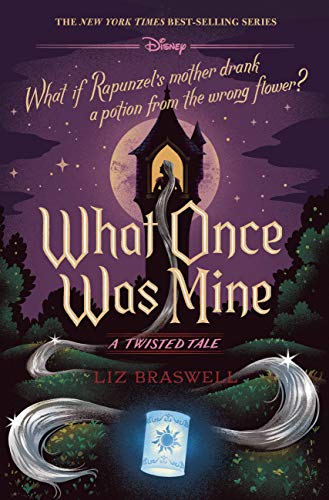 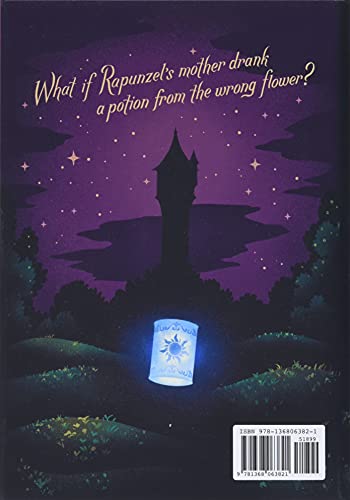 Product Description The 12th installment in the New York Times best-selling series asks: What if Rapunzel's mother drank a potion from the wrong flower?Desperate to save the life of their queen and her unborn child, the good citizens of the kingdom comb the land for the all-healing Sundrop flower to cure her . . . but someone mistakenly picks the blossom of the Moondrop instead. This shimmering flower heals the queen and she delivers a healthy baby girl―with hair as silver and gray as the moon. But with her mysterious hair comes dangerous magical powers: the power to hurt, not heal. For the safety of the kingdom, Rapunzel is locked away in a tower and put under the care of the powerful goodwife, Mother Gothel.For eighteen years Rapunzel stays imprisoned in her tower, knowing she must protect everyone from her magical hair. When she finally decides to leave the only home she's ever known―to see the floating lights that appear on her birthday―she gets caught up in an unexpected adventure with two thieves: a would-be outlaw named Gina, and Flynn Rider, a rogue on the run. Before she can reach her happy ending, Rapunzel learns that there is far more to her story, and her magical hair, and her future than she ever knew.For more twisted adventures, try the other books in the A TWISTED TALE series:A Whole New World by Liz BraswellOnce Upon a Dream by Liz BraswellAs Old As Time by Liz BraswellReflection by Elizabeth LimPart of Your World by Liz BraswellMirror, Mirror by Jen CalonitaConceal, Don't Feel by Jen CalonitaStraight On Till Morning by Liz BraswellSo This is Love by Elizabeth LimUnbirthday by Liz BraswellGo the Distance by Jen Calonita From School Library Journal Gr 6 Up-The 12th book in the "A Twisted Tale" series asks: If Rapunzel's mother accidentally drank a potion from the Moondrop flower instead of the Sundrop, how would Tangled have gone? Rapunzel grows long silver hair and develops powers that hurt rather than heal. To protect the kingdom, she's locked away in a tower under the care of Mother Gothel. When Rapunzel finally escapes the tower, she runs into Flynn Rider and a woman named Gina, and together they investigate Rapunzel's mysterious hair while running from Mother Gothel. The book takes on Tangled's tight pacing and action sequences, which isn't as twisty as the series name implies, but ultimately provides a fun time for fans. Characters cued white. VERDICT A fun, if not particularly standout, reimagining of a beloved story.α(c) Copyright 2011. Library Journals LLC, a wholly owned subsidiary of Media Source, Inc. No redistribution permitted. About the Author Liz Braswell spent her childhood reading fairy tales, catching frogs, and going on adventures in the woods with her stuffed animals. She has a degree in Egyptology from Brown University (and yes, she can write your name in hieroglyphs). After making video games for ten years Liz now writes full-time and plays video games for fun. She has written Snow,Rx, The Nine Lives of Chloe King, and several books in the best-selling Twisted Tales series, including Part of Your World and As Old as Time. She lives in Brooklyn with her husband, two children, a cat, a part-time dog, three fish, and five coffee trees, and still sleeps with a Stuffy. You can email her at [email protected] or Instagram and tweet @LizBraswell.