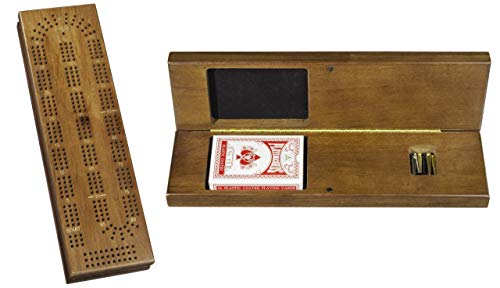 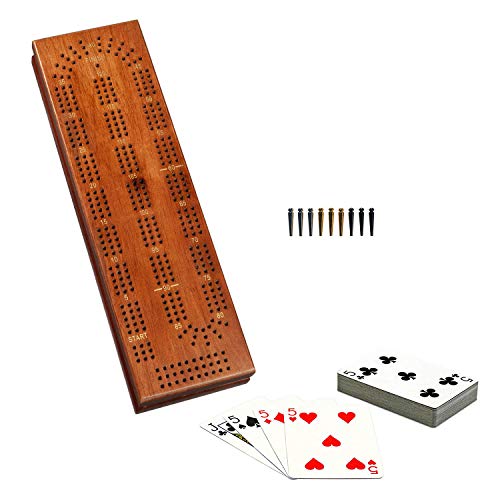 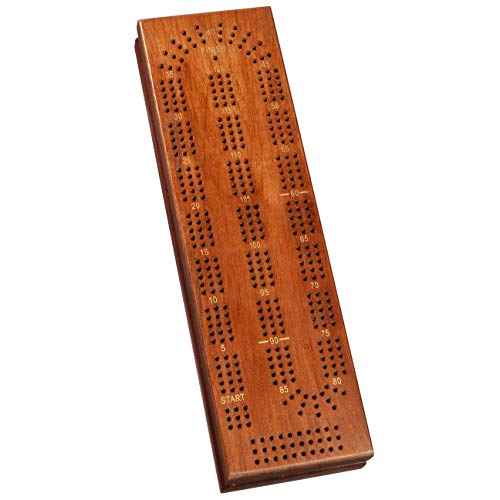 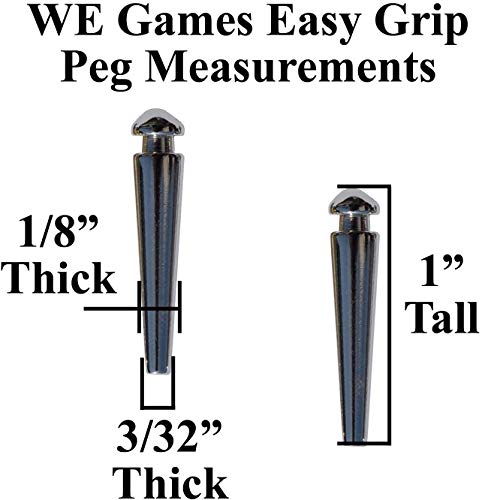 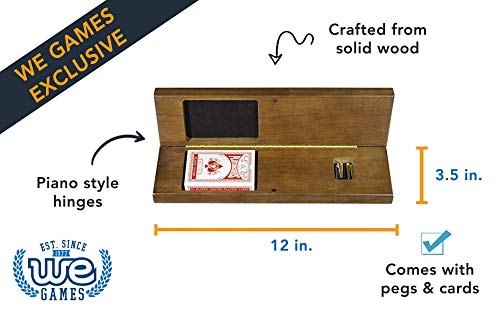 Classic simplicity, functionality, and beautiful construction make this classic 3-player cribbage board with storage a best seller and a favorite among cribbage players! The natural, solid-wood board has a piano styled hinge for strength and a magnetic closure to keep the pegs and cards stored neatly inside. The 3-track continuous board features laser engraved alphanumeric notations. The layout includes a 3 peg starting area, 120 count full sized board with skunk lines, a peg out finish hole and game wins tracking. A deck of cards and 9 metal easy-grip pegs are included. You only need a worthy opponent for many hours of enjoyment! Cribbage remains one of the most popular card games in the English-speaking world. The game is thought to have been invented by Sir John Suckling, an English Poet, who changed the rules of an earlier game called Noddy. Sir John was a wealthy, well-traveled Casanova with a notorious sense of humor. His biographer said of him, the greatest gallant of his time, the greatest gamester both for bowling and cards, so that no shopkeeper would trust him for sixpence. He was once involved in a failed plot to save a friend who was imprisoned in the Tower of London! The game of cribbage remains his legacy, and is enjoyed largely throughout the English-speaking world and is a popular pub game.

Yes! But at Pricepulse we inform you when is the lowest price to buy the We Games Cabinet Cribbage Set Solid Wood Walnut St

What is the current price of We Games Cabinet Cribbage Set Solid Wood Walnut St?

What was the lowest price for the We Games Cabinet Cribbage Set Solid Wood Walnut St?