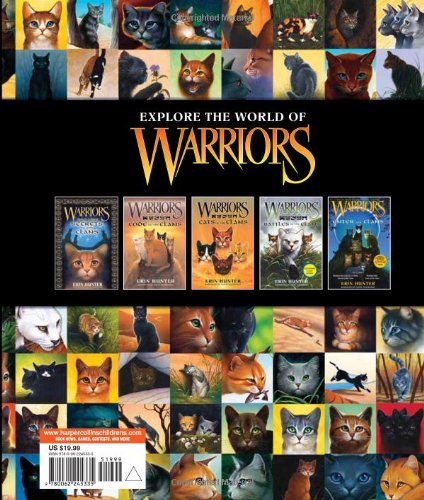 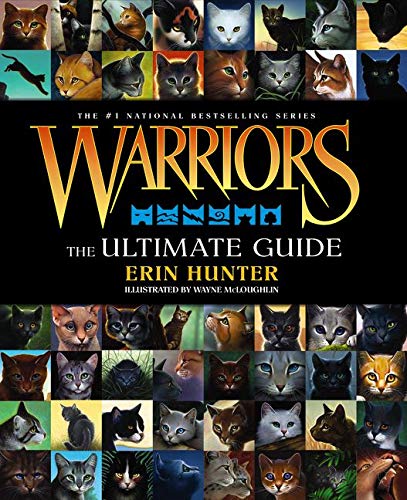 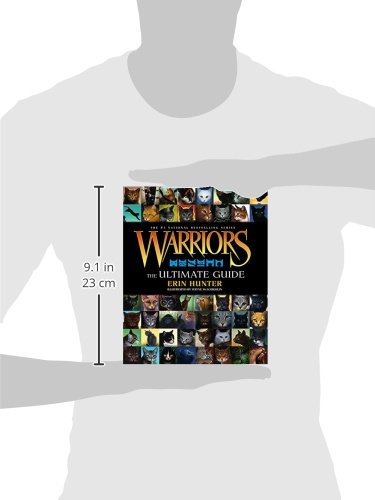 Product Description The ultimate companion to Erin Hunter’s #1 bestselling Warriors series Full of never-before-seen stories, full-color artwork, and captivating details about the warrior Cat clans, Warriors: The Ultimate Guide is a must-have addition to any Warriors collection. This gorgeous hardcover volume includes: Full-color illustrations and in-depth biographies of important characters from the series, including all the content from Warriors: Cats of the Clans Never-before-seen art and detailed backstories for forty more cats Full-page maps of each territory featured in the Warriors novels An in-depth look at each of the five warrior Clans This collectible field guide is a fantastic introduction to the Warriors world for new readers, and an indispensable resource for longtime fans. From Booklist Fans of Hunter’s popular Warriors series will pore over this nicely packaged companion guide, while those unfamiliar with the battle-worn felines may be enticed to read on after browsing the appealing full-color artwork. The book is organized into sections divided by the five main clans—ThunderClan, ShadowClan, WindClan, RiverClan, and SkyClan—and offers profiles of important warrior cats and overviews of each clan’s history. Sections for cats who fall outside the clans, including ancestors and cats who choose to live beyond the warrior code, are also included. While the guide is mostly a character encyclopedia, Hunter intersperses short fiction, as well as some detailed maps of cat territories in the forest, lake, and gorge. McLoughlin’s artwork, which accompanies each profile with a portrait, brings these cats to life and represents their personalities well. For libraries with a large Warriors fan base, this guide will be a worthy addition. Grades 3-6. --Krista Hutley Review “Fans of Hunter’s popular Warriors series will pore over this nicely packaged companion guide.” -- ALA Booklist From the Back Cover Step inside the Warriors world with the ultimate guide to the cats and Clans. Profiles on more than seventy-five of the most important warrior cats An insider look at each of the Clans Never-before-seen stories about how Bramblestar and Tigerstar received their nine lives And more! About the Author Erin Hunter is inspired by a love of cats and a fascination with the ferocity of the natural world. In addition to having great respect for nature in all its forms, Erin enjoys creating rich mythical explanations for animal behavior. She is also the author of the Seekers, Survivors, and Bravelands series. Wayne McLoughlin studied art at San Diego State University and has worked as a writer and illustrator for such magazines as Esquire and National Lampoon. His books for children include Fireflies, by Alice Hoffman, Here is the Wetland, by Madeleine Dunphy (both Hyperion), and Loch, by Paul Zindel. He lives with his wife and daughter in Bellows Falls, Vermont.

Current price$15.76
Since 3 days
Average price$12.98
Based on 7 years
Lowest price ever$6.85
3 years ago
Highest price ever$17.99
4 months ago
Amazing
Great
Average
High
It's not a good time to buy now, there's a 77% probability this price will decrease. Our advise is to Watch it.
Buy on Amazon

If I Could Keep You Little: A Baby Book About a Parent's Love (Gifts for Babies and Toddlers, Gifts for Mother’s Day and Father’s Day)

There Is a Bird On Your Head! (An Elephant and Piggie Book)

Super Deluxe Essential Handbook (Pokémon): The Need-to-Know Stats and Facts on Over 800 Characters

Warriors The Ultimate Guide Warriors Field Guide, is it available on Amazon?

Yes! But at Pricepulse we inform you when is the lowest price to buy the Warriors The Ultimate Guide Warriors Field Guide

Should I buy the Warriors The Ultimate Guide Warriors Field Guide now?

It's not a good time to buy now, there's a 77% probability this price will decrease. Our advise is to Watch it.

What is the current price of Warriors The Ultimate Guide Warriors Field Guide?

What was the lowest price for the Warriors The Ultimate Guide Warriors Field Guide?