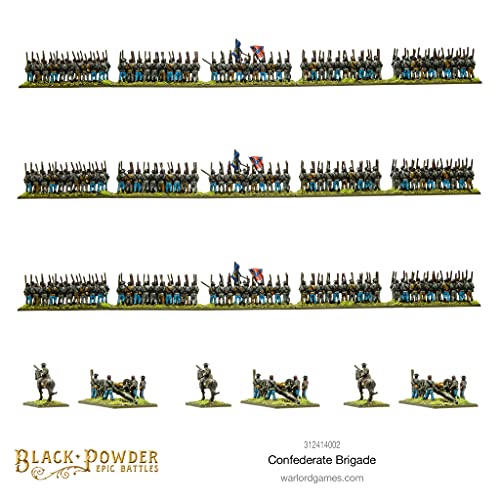 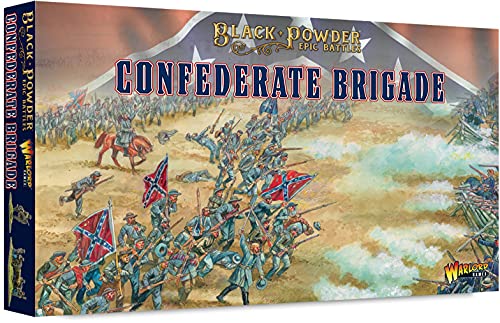 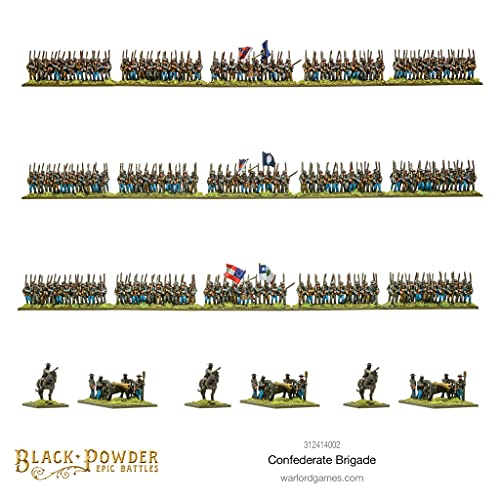 The most basic infantry building block was the infantry regiment (referred to as a “battalion” in Hardee’s drill manual, which was used by both sides). In both North and South the infantry regiments were organized on similar lines. A regiment typically comprised ten companies, each numbering 100 men, supported by staff, drummers and officers. However, the rigors of warfare would summarily lead to a reduction in strength by way of battle, disease and desertion, and a regiment's numbers could vary wildly. Unlike the North, the general policy of the Confederacy was to send raw recruits to reinforce existing regiments in an effort to keep them at fighting strength. This also bestowed the recruits with the benefit of learning from more experienced fighters. This box contains enough miniatures to make: Three Regiments (of 100 men each), Three Cannons and Three Mounted Commanders.

Amazing
Great
Average
High
Although this is an Average price, there's a 72% probability this price will be lower. If you can wait, our advice is to Watch it.
Buy on Amazon

Disney and Pixar The Incredibles Dash Action Figure 3.5-in with 2 Jack-Jack Figures 2.2-in and 2.4-in, Movie Character Toys Highly Posable with Authentic Design, Kids Gift for Ages 3 Years Old & Up

Yes! But at Pricepulse we inform you when is the lowest price to buy the Warlord Black Powder Epic Battles American Civil W

Although this is an Average price, there's a 72% probability this price will be lower. If you can wait, our advice is to Watch it.

What was the lowest price for the Warlord Black Powder Epic Battles American Civil W?