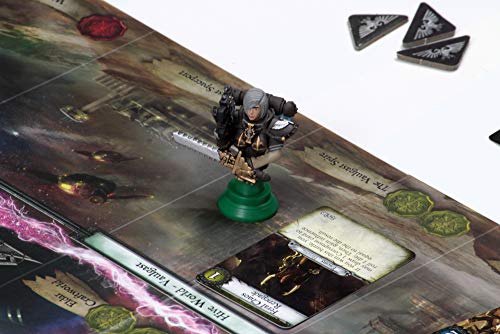 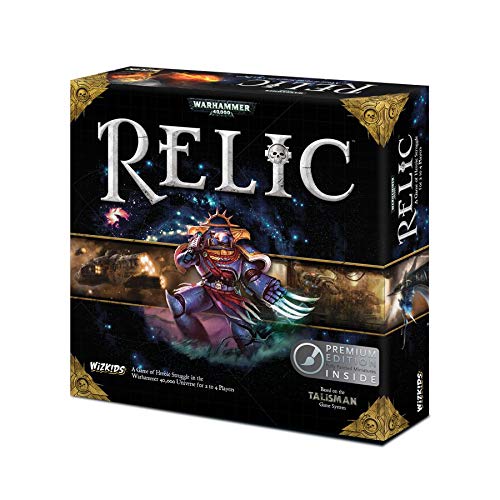 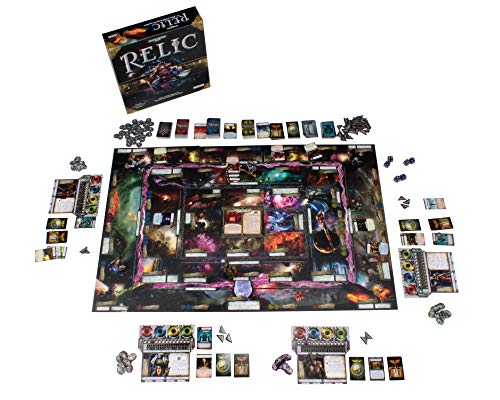 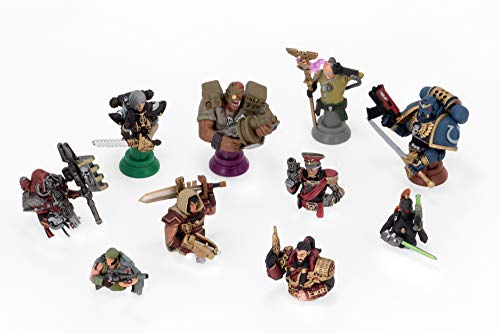 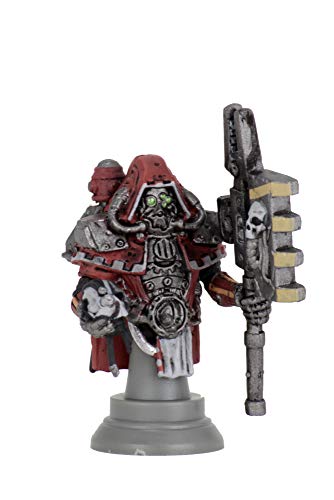 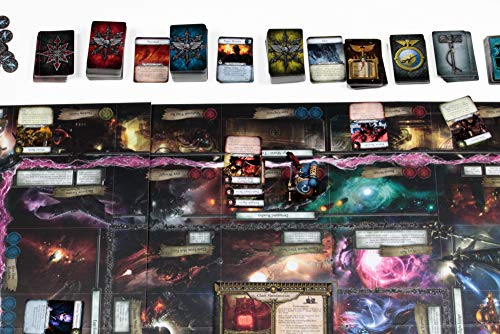 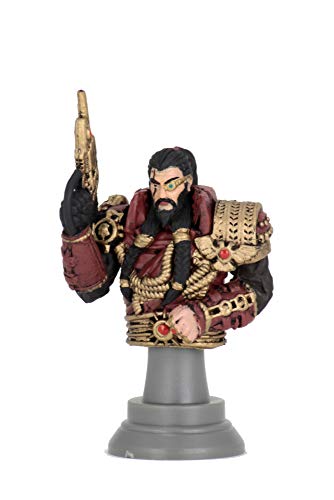 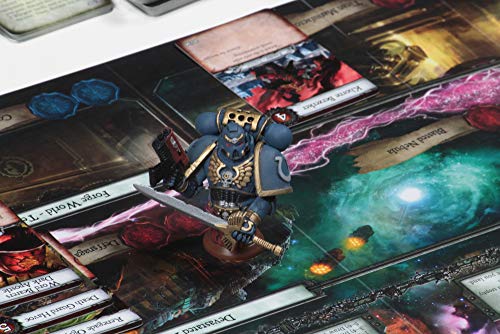 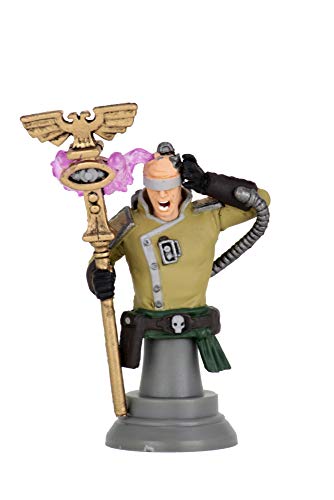 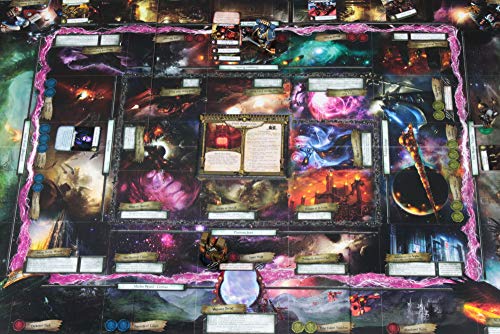 In Relic, two to four players each assume the role of a powerful individual from the Warhammer 40,000 universe, and bravely venture forth to shield the Antian Sector from certain doom. By completing missions and claiming victory over enemies, characters gain rewards and experience, including mighty artefacts called Relics, furthering their chance at defeating whatever evil lies beyond the Warp rift. Based on the classic Talisman system, each turn, a player rolls a single six-sided die before moving their playing piece that number of spaces around the board. That player then draws a card or cards to see what they’ve encountered, pitting their heroic persona against foul enemies, dangerous locations, and fantastic strangers. And all the while, these intrepid heroes rise in power, as they work their way toward the ultimate goal at the center of the board, which could be anything from confronting Kairos Fateweaver, the two-headed Oracle of Tzeentch, to fighting for control over the Lost Flagship of St. Antias. The new WizKids edition features improved and expanded highly-detailed busts of the ten available player characters, as well as upgraded punchboard player and scenario cards. Will you save humanity or fall to the powers of Chaos?

Current price$75.46
Since 14 days
Average price$95.50
Based on 23 months
Lowest price ever$74.56
13 months ago
Highest price ever$119.99
32 days ago
Amazing
Great
Average
High
This is absolutely the best time to buy. Don’t miss out, there's 66% probability of this price being higher soon. Buy now.
Buy on Amazon

Chalk and Chuckles CC-007 A Day In The Jungle

Imagination Beat The Parents Board Game

Days of Wonder DO8701 The River Games, Multicolor

Warhammer 40000 Relic Premium Edition, is it available on Amazon?

Yes! But at Pricepulse we inform you when is the lowest price to buy the Warhammer 40000 Relic Premium Edition

Should I buy the Warhammer 40000 Relic Premium Edition now?

What is the current price of Warhammer 40000 Relic Premium Edition?

What was the lowest price for the Warhammer 40000 Relic Premium Edition?