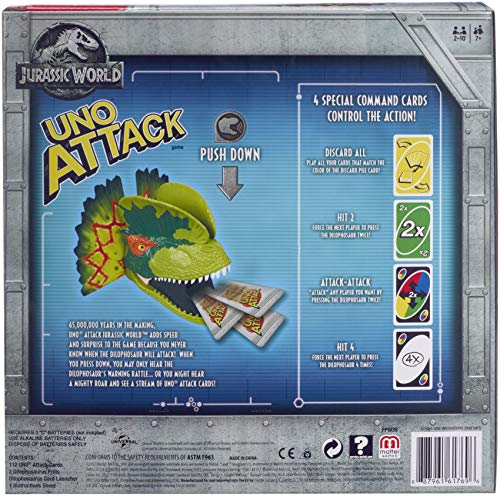 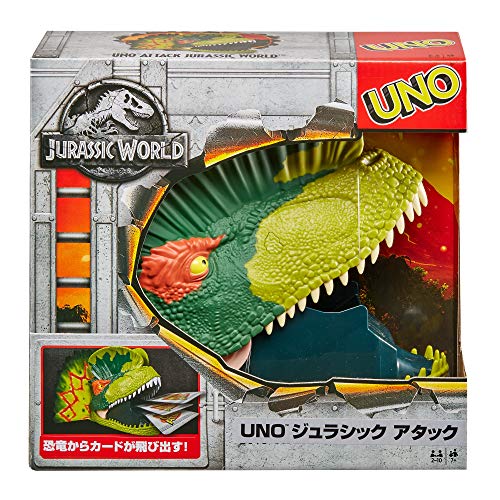 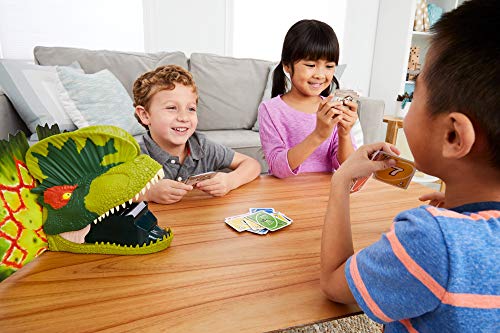 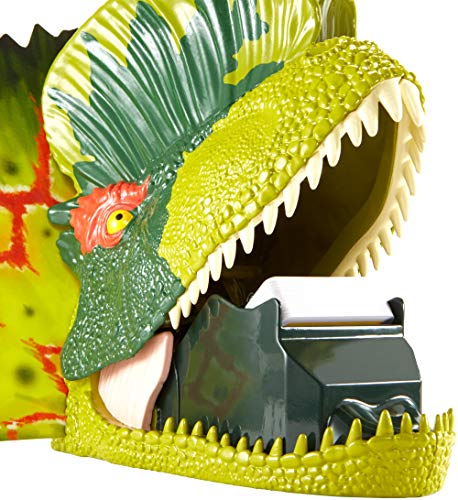 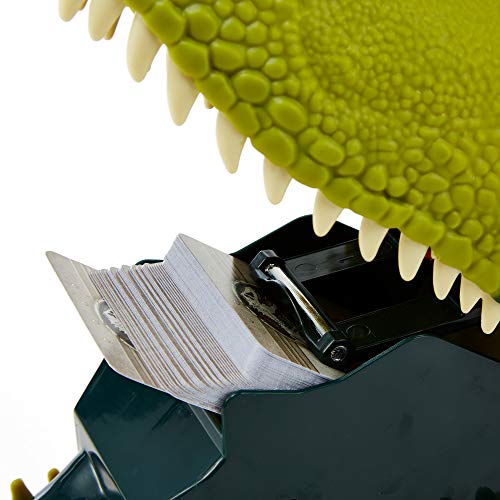 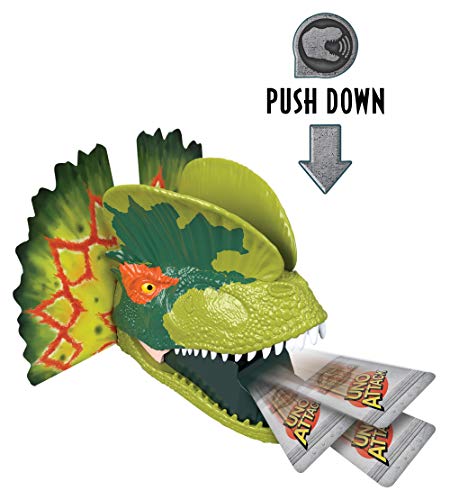 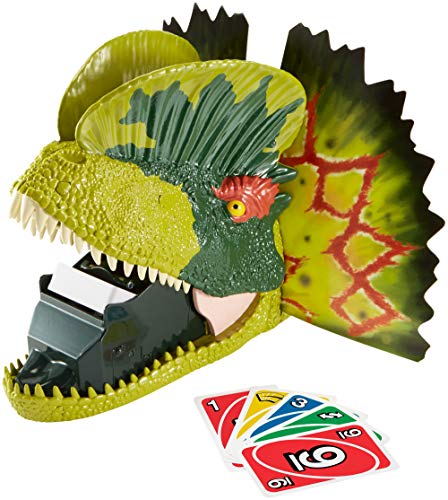 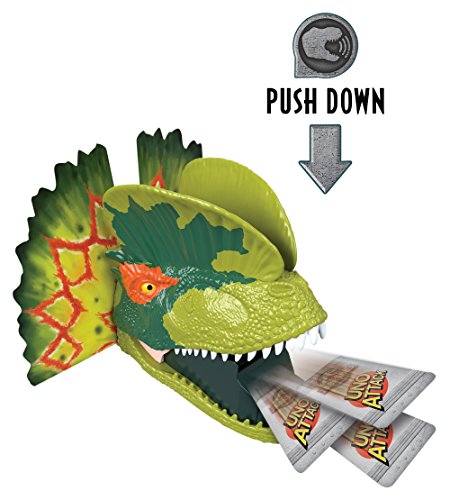 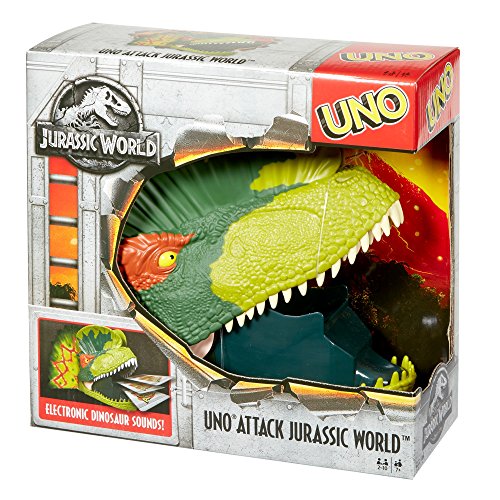 You've never played UNO like this before! Now with a Jurassic World theme, the rules are similar to those of regular UNO Attack, but this game features the "Wild Attack-Attack" command card that offers an exciting and unpredictable way to play UNO. If the card is played, you’ll have to select a player to be "attacked", then push the button on the Dilophosaurus shooter twice, and they’ll either be the target of a stream of UNO Attack Jurassic World cards or  will get lucky and nothing will happen! If not so lucky, the shooter will fire a stream of cards that the "attacked" player have to add to their hand! And when the shooter is launching cards, it makes a variety of funny sounds that add energy and silliness to the game. UNO Attack Jurassic World adds speed and surprise to the game because you never know when an attack is coming! The goal is still to get rid of all the cards in your hand, and when you’re down to one card, don’t forget to yell, “UNO!” Contains 112 cards, Dilophosaurus shooter, and instructions. The unit is both portable and designed to help with storage—you can keep the cards right inside the shooter! For fans of UNO and Jurassic World For 2 to 10 players, ages 7 and older. Colors and decorations may vary. .

Fisher-Price DC League of Super-Pets Batman & Ace, set of 2 poseable figures with accessory for preschool kids ages 3 years and up

Uno Attack Jurassic World, is it available on Amazon?

Yes! But at Pricepulse we inform you when is the lowest price to buy the Uno Attack Jurassic World

Should I buy the Uno Attack Jurassic World now?

What is the current price of Uno Attack Jurassic World?

What was the lowest price for the Uno Attack Jurassic World?