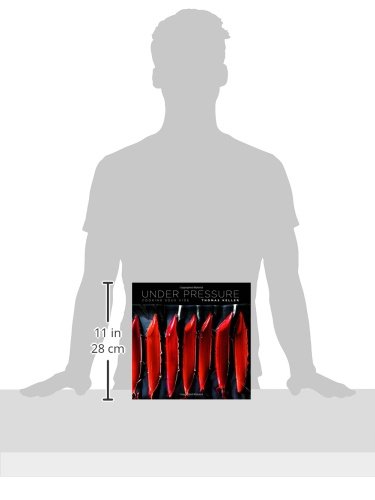 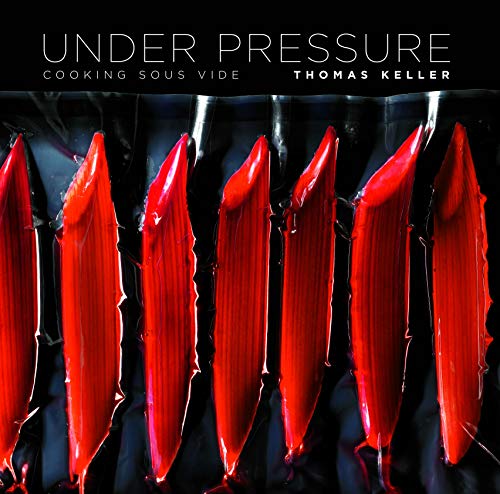 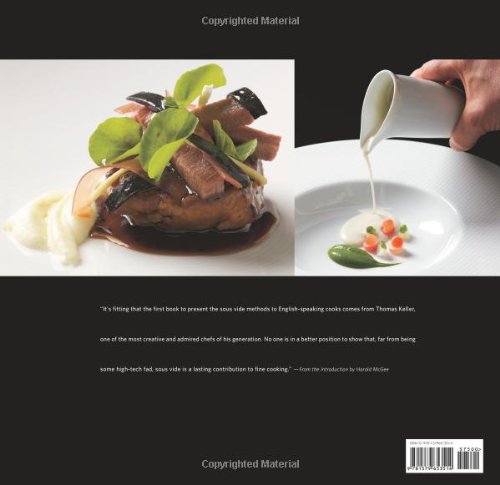 Product Description A revolution in cooking Sous vide is the culinary innovation that has everyone in the food world talking. In this revolutionary new cookbook, Thomas Keller, America's most respected chef, explains why this foolproof technique, which involves cooking at precise temperatures below simmering, yields results that other culinary methods cannot. For the first time, one can achieve short ribs that are meltingly tender even when cooked medium rare. Fish, which has a small window of doneness, is easier to finesse, and shellfish stays succulent no matter how long it's been on the stove. Fruit and vegetables benefit, too, retaining color and flavor while undergoing remarkable transformations in texture. The secret to sous vide is in discovering the precise amount of heat required to achieve the most sublime results. Through years of trial and error, Keller and his chefs de cuisine have blazed the trail to perfection—and they show the way in this collection of never-before-published recipes from his landmark restaurants—The French Laundry in Napa Valley and per se in New York. With an introduction by the eminent food-science writer Harold McGee, and artful photography by Deborah Jones, who photographed Keller's best-selling The French Laundry Cookbook, this book will be a must for every culinary professional and anyone who wants to up the ante and experience food at the highest level. Amazon.com Review The ground-breaking under-pressure method, usually called sous vide, involves submerging food for minutes or even days in sealed, airless bags at precisely the temperature required to produce perfect doneness. Flavors and textures unattainable by other cooking methods can also be achieved. The technique has been in the pipeline for awhile--one forerunner is the boil-in bag mom used to put veggies on the table--but has only recently attracted top chefs. One is Thomas Keller, famed chef-proprietor of The French Laundry and Per Se. His mightily sized, gorgeously produced Under Pressure explores every inch of sous vide, including the ramifications of using this precision-cooking technique (once time and temperature are established, best results follow automatically) on the craft of cooking, which has always meant a potentially rewarding engagement with the possibility of failure. The book makes no bones about being addressed to professionals. Typical recipes, like Marinated Toy Box Tomatoes with Compressed Cucumber-Red Onion Relish, Toasted Brioche, and Diane St. Claire Butter, involve multiple preparations and dernier cri ingredients, and thus resist home duplication. There’s also the matter of the pricey equipment required--chamber vacuum packers and temperature-maintaining immersion circulators--not to mention the precautions required to ensure that foods, usually cooked at low temps, are safe to eat. What the book does offer the home cook is, however, thrilling. It introduces something new under the sun--an exciting, transformative technique of great potential. Anyone interested in food and cooking--not to mention lovers of extraordinarily well produced books--will want to explore Under Pressure. --Arthur Boehm From Publishers Weekly The origins of sous vide cooking, or vacuum-packing foods and cooking them at precise, relatively low temperatures for long periods, may have been largely in frozen convenience foods, but it has become standard in top kitchens worldwide, notably Kellers own. Now, Keller aims to demonstrate the technique to a wider swath of cooks—not the masses, but at least those who can afford this lavish volume and the sous vide equipment. One need not cook the exact recipes (which are unaltered from the restaurants) to be inspired by Kellers careful yet whimsical creations, such as a cuttlefish tagliatelle with palm hearts and nectarine or squab with piquillo peppers, marcona almonds, fennel and date sauce. And Keller, with several of his chefs as well as curious cook Harold McGee, ta

Sous Vide at Home: The Modern Technique for Perfectly Cooked Meals [A Cookbook]

Sous Vide at Home: The Modern Technique for Perfectly Cooked Meals [A Cookbook]

Under Pressure Cooking Sous Vide The Thomas Keller, is it available on Amazon?

Yes! But at Pricepulse we inform you when is the lowest price to buy the Under Pressure Cooking Sous Vide The Thomas Keller

Should I buy the Under Pressure Cooking Sous Vide The Thomas Keller now?

What is the current price of Under Pressure Cooking Sous Vide The Thomas Keller?

What was the lowest price for the Under Pressure Cooking Sous Vide The Thomas Keller?