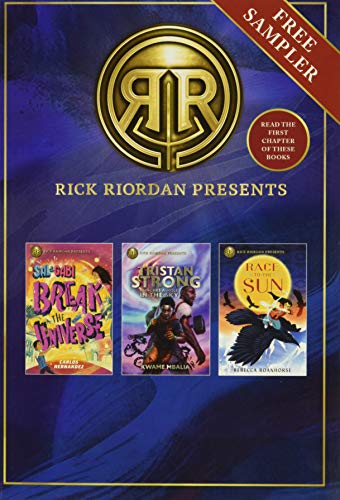 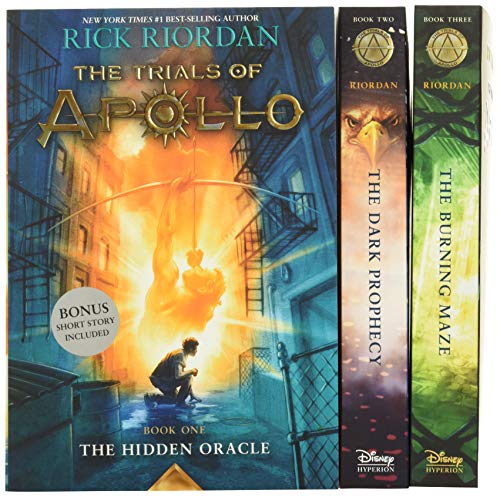 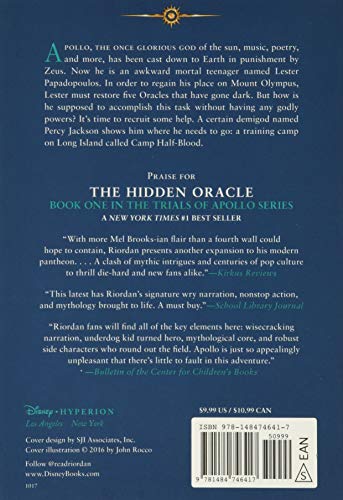 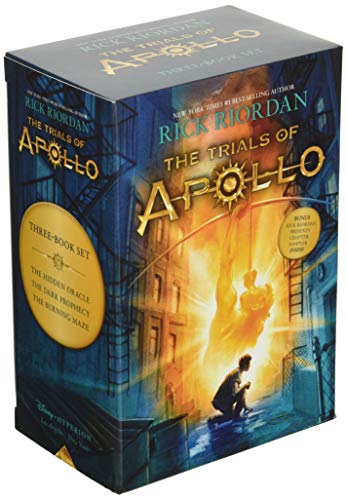 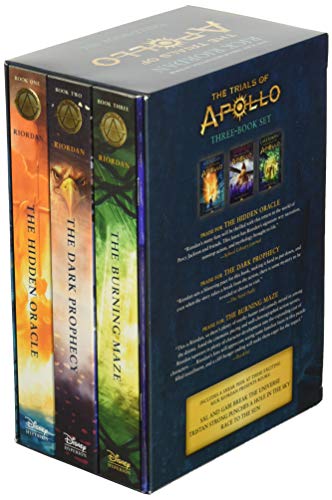 Product Description The first three books in the #1 best-selling Trials of Apollo series by Rick Riordan, in paperback, packaged together in a handsome case. This boxed set brings together the first three paperbacks in the exciting, hilarious, and poignant series about Apollo, an arrogant god turned hapless human who must restore five ancient Oracles and battle a triumvirate of evil Roman emperors in order to regain his place in Mount Olympus. As a bonus, readers can also get a taste of three Rick Riordan Presents titles: SAL AND GABI BREAK THE UNIVERSE by Carlos Hernandez, RACE TO THE SUN by Rebecca Roanhorse, and TRISTAN STRONG PUNCHES A HOLE IN THE SKY by Kwame Mbalia in a special chapter sampler. About the Author Rick Riordan, dubbed “storyteller of the gods” by Publishers Weekly, is the author of five #1 New York Times best-selling middle grade series with millions of copies sold throughout the world: Percy Jackson and the Olympians, The Heroes of Olympus, and the Trials of Apollo, based on Greek and Roman mythology; the Kane Chronicles, based on Ancient Egyptian mythology; and Magnus Chase and the Gods of Asgard, based on Norse mythology. Rick collaborated with illustrator John Rocco on two #1 New York Times best-selling collections of Greek myths for the whole family: Percy Jackson’s Greek Gods and Percy Jackson’s Greek Heroes. Rick is also the publisher of an imprint at Disney-Hyperion, Rick Riordan Presents, dedicated to finding other authors of highly entertaining fiction based on world cultures and mythologies. He lives in Boston, Massachusetts with his wife and two sons. Follow him on Twitter at @camphalfblood.

The Tyrant’s Tomb (The Trials of Apollo Book 4)

The Tyrant’s Tomb (The Trials of Apollo Book 4)

The Cool Bean (The Food Group)