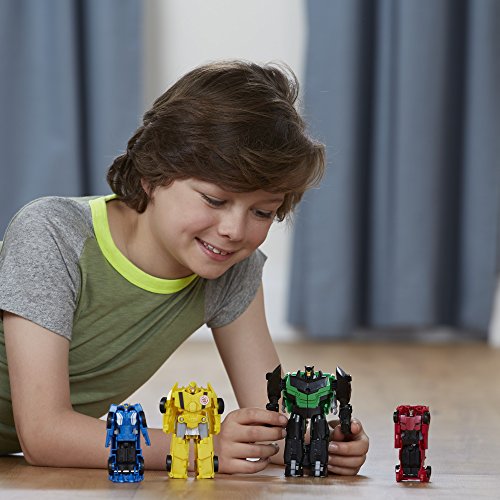 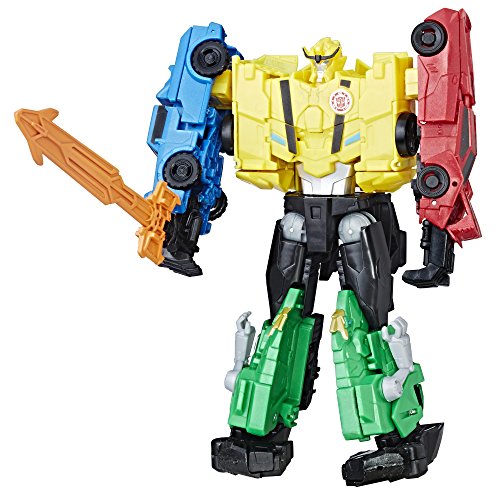 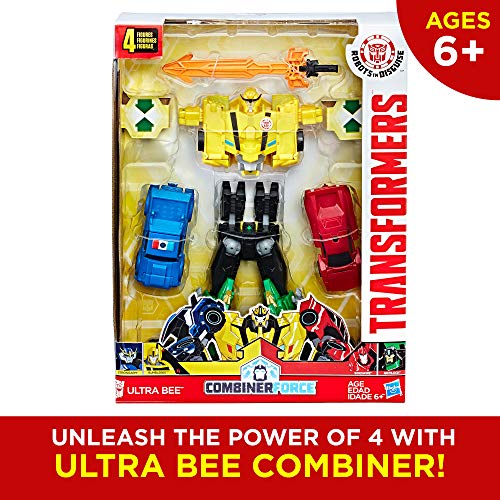 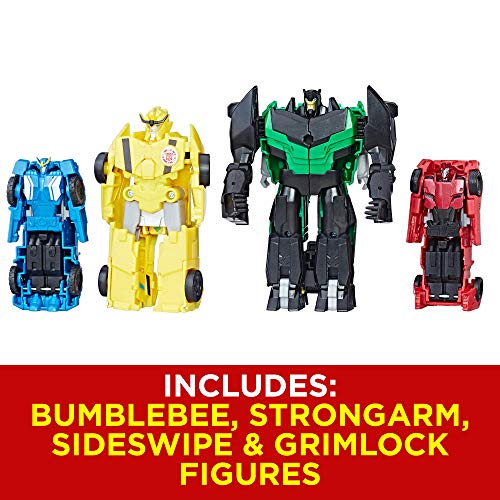 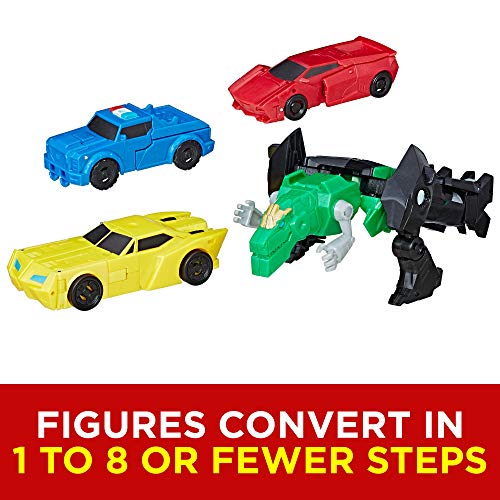 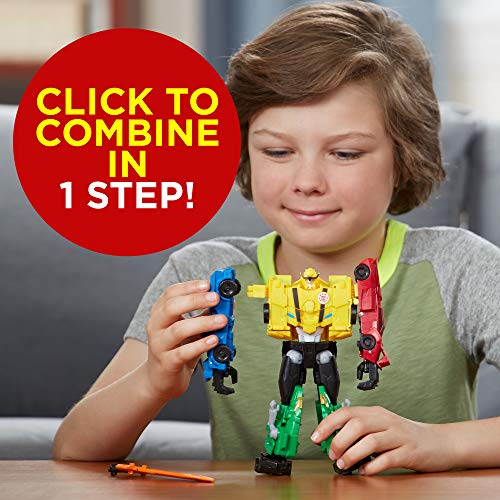 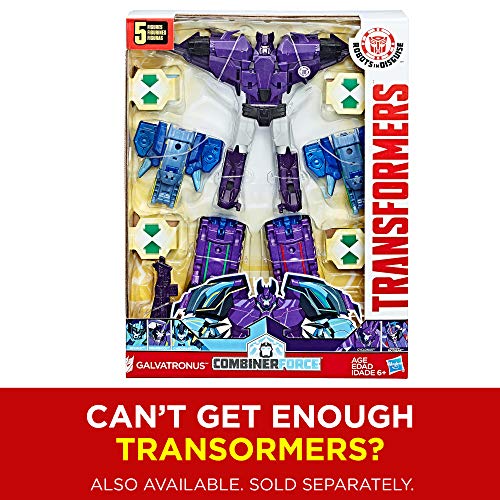 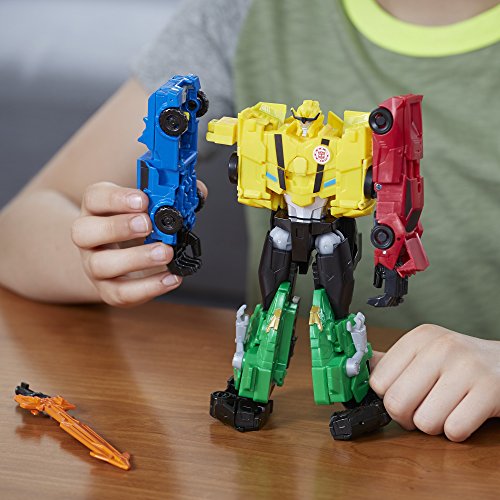 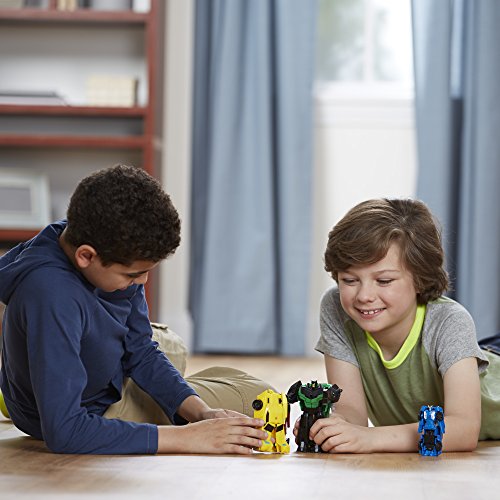 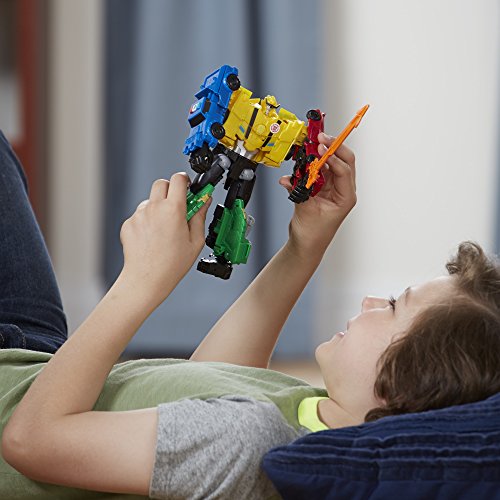 Imagine unleashing the power of 4 Transformers figures at once to create one super awesome Ultra Bee Team Combiner figure! This Autobot Team Combiner 4-pack features Bumblebee, Strongarm, Sideswipe, and Grimlock figures. Imagine combining these figures together to build a more powerful and unstoppable super robot for battle. Team Combiner figures work with other Team or Crash Combiner figures, so kids can build their own Combiner robot! Figures convert anywhere from 1 to 7 steps. Scan the Autobot shield in combiner mode to unlock the Ultra Bee character in the mobile app. The best of the Autobots team up to become the ultimate Autobot Combiner, Ultra Bee. Together, they must learn to work together to battle bigger and badder Decepticons than ever before. Based on the Transformers: Robots in Disguise animated series. Combine forces and join the battle with these figures based on the Transformers: Robots in Disguise animated series. Transformers and all related characters are trademarks of Hasbro.

Amazing
Great
Average
High
Although this is an Average price, there's a 55% probability this price will be higher. Our advice is Buy Now.
Buy on Amazon

Classic Four in a Row Game Wooden Travel Board Game for Adults, Kids, Boys and Girls by Hey! Play! , Brown

Yes! But at Pricepulse we inform you when is the lowest price to buy the Transformers Toys Autobot Team Combiner Pack 4 Fig

Although this is an Average price, there's a 55% probability this price will be higher. Our advice is Buy Now.

What is the current price of Transformers Toys Autobot Team Combiner Pack 4 Fig?

What was the lowest price for the Transformers Toys Autobot Team Combiner Pack 4 Fig?