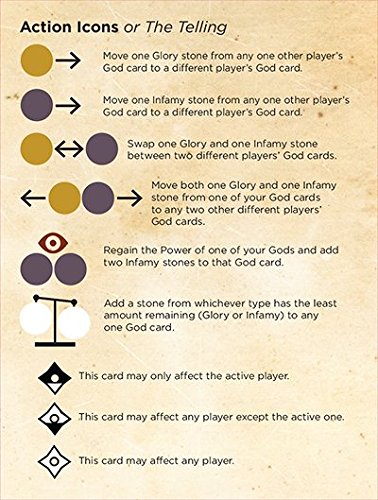 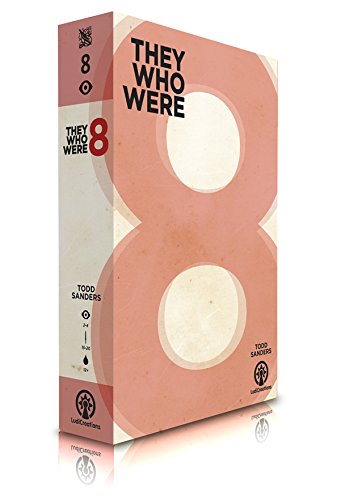 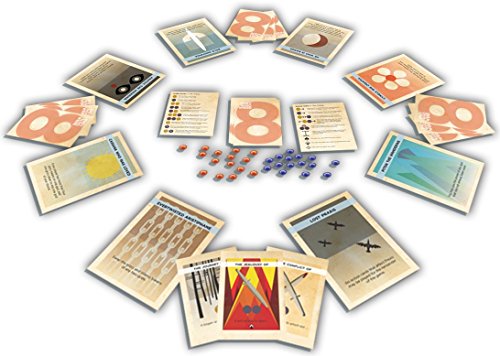 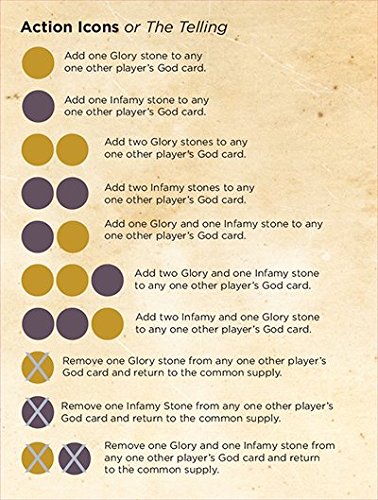 Gods and Goddesses are Mercurial Beings given to jealousy and treachery, but they also can possess compassion and valor. Who among the pantheon can win enough glory among their believers so their story of mythic victory can be passed down through the generations? Inspired by a cycle of poems written in 1999 (the poems themselves being fragments of a larger ancient saga), They Who Were 8 is a quick playing card game from writer, game designer, and illustrator Todd Sanders, and from the publisher who brought you the great 2 player game "...and then, we held hands" in 2015, Ludi Creations. Each player serves 2 Gods, with neighboring players each sharing one each of your served Gods. Players seek to praise them for their Glory as well as try to avoid stories of their infamy. Actions are taken representing a bard's retelling of the ancient story of They Who Were 8. Players may also call upon the powers of their Gods to control the narrative and establish their version of the saga as one told throughout the rest of eternity.

Mattel Games ​Crossed Signals Electronic Game with Pair of Talking Light Wands, Play Solo or with Up to 4 Players, Move Wands Up

Hygge Games How did You Know That? – Trivia Party Game, White

Hasbro Gaming II Chutes and Ladders Up and Down Blue, Quilting Fabric by the Yard

They Who Were 8 Game, is it available on Amazon?

Yes! But at Pricepulse we inform you when is the lowest price to buy the They Who Were 8 Game

Should I buy the They Who Were 8 Game now?

What is the current price of They Who Were 8 Game?

What was the lowest price for the They Who Were 8 Game?