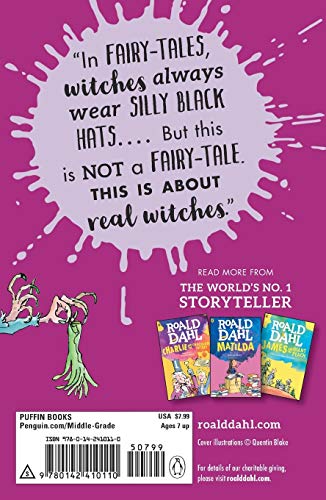 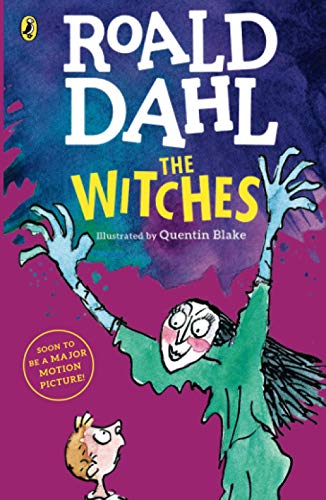 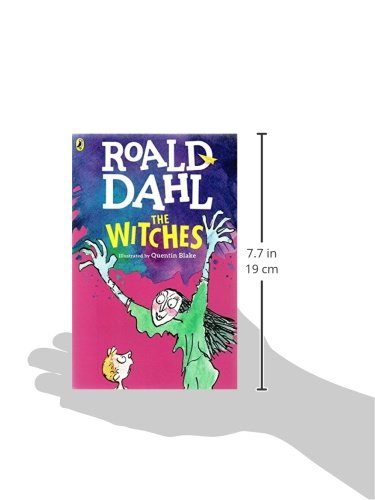 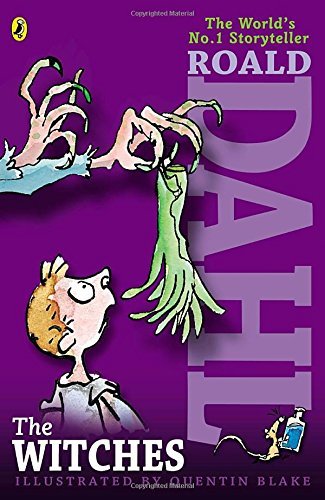 Product Description From the World's No. 1 Storyteller, The Witches is a children's classic that has captured young reader's imaginations for generations.This is not a fairy tale. This is about real witches.Grandmamma loves to tell about witches. Real witches are the most dangerous of all living creatures on earth. There's nothing they hate so much as children, and they work all kinds of terrifying spells to get rid of them. Her grandson listens closely to Grandmamma's stories—but nothing can prepare him for the day he comes face-to-face with The Grand High Witch herself!Now a major motion picture! About the Author Roald Dahl (1916-1990) was born in Wales of Norwegian parents. He spent his childhood in England and, at age eighteen, went to work for the Shell Oil Company in Africa. When World War II broke out, he joined the Royal Air Force and became a fighter pilot. At the age of twenty-six he moved to Washington, D.C., and it was there he began to write. His first short story, which recounted his adventures in the war, was bought by The Saturday Evening Post, and so began a long and illustrious career. After establishing himself as a writer for adults, Roald Dahl began writing children’s stories in 1960 while living in England with his family. His first stories were written as entertainment for his own children, to whom many of his books are dedicated. Roald Dahl is now considered one of the most beloved storytellers of our time. Although he passed away in 1990, his popularity continues to increase as his fantastic novels, including James and the Giant Peach, Matilda, The BFG, and Charlie and the Chocolate Factory, delight an ever-growing legion of fans. Learn more about Roald Dahl on the official Roald Dahl Web site:  www.roalddahl.com

Current price$4.99
Since 56 days
Average price$6.82
Based on 10 years
Lowest price ever$3.68
5 years ago
Highest price ever$7.99
3 months ago
Amazing
Great
Average
High
This is absolutely the best time to buy. Don’t miss out, there's 84% probability of this price being higher soon. Buy now.
Buy on Amazon

Danny the Champion of the World

Charlie and the Chocolate Factory

Danny the Champion of the World

Charlie and the Chocolate Factory

The Witches, is it available on Amazon?

Yes! But at Pricepulse we inform you when is the lowest price to buy the The Witches

Should I buy the The Witches now?

What is the current price of The Witches?

What was the lowest price for the The Witches?