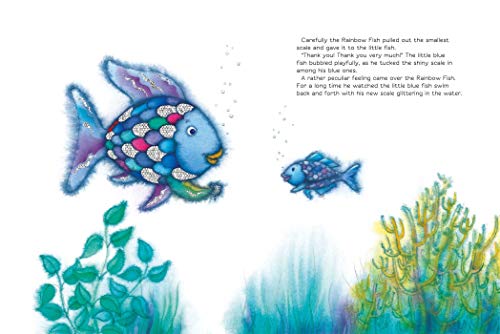 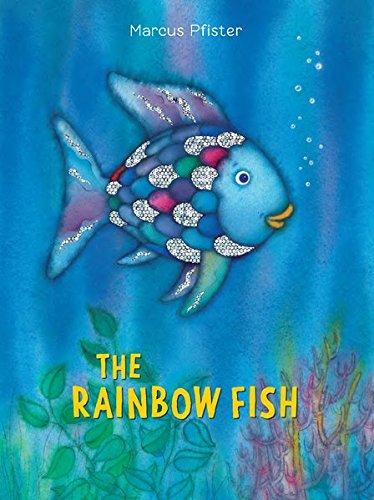 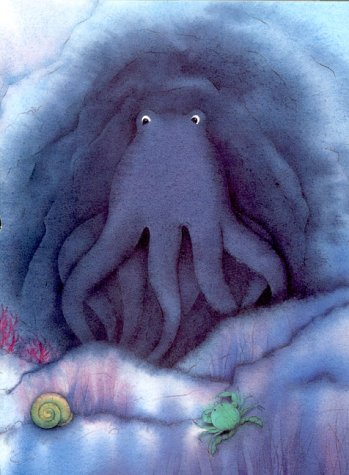 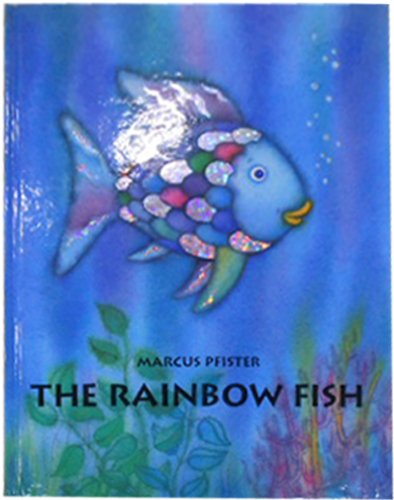 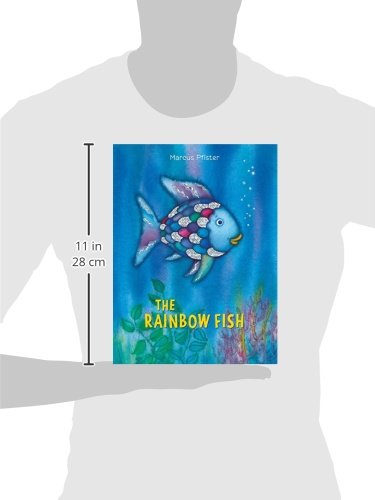 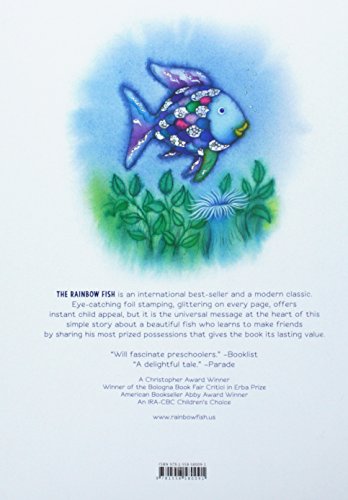 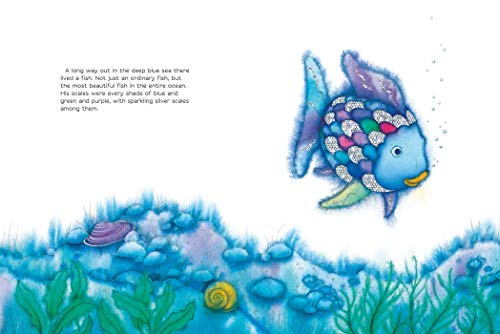 Product Description The Rainbow Fish is an international best-seller and a modern classic. Eye-catching foil stamping, glittering on every page, offers instant child appeal, but it is the universal message at the heart of this simple story about a beautiful fish who learns to make friends by sharing his most prized possessions that gives the book its lasting value. A CHRISTOPHER AWARD WINNER WINNER OF THE BOLOGNA BOOK FAIR CRITICI IN ERBA PRIZE AMERICAN BOOKSELLERS ABBY AWARD WINNER AN IRA-CBC CHILDREN'S CHOICE #1 PUBLISHERS WEEKLY BESTSELLER and WALL STREET JOURNAL BESTSELLER Amazon.com Review If you read this very popular book just before bed, and the light is still on in the hallway, you can make the rainbow scales glitter on the page, and realize why the Rainbow Fish was so proud of his beautiful decoration. Sometimes, though, being too proud of outside beauty can blind a fish, or a child (or even, heaven forbid, a parent) to the beauty people hold inside. That's the lesson of this simple tale, imported from Switzerland. It's a useful one for future sneaker and designer clothing shoppers, for rainbow fish--and for quieter, plainer minnows, too. From Publishers Weekly Despite some jazzy special effects achieved with shimmery holographs, this cautionary tale about selfishness and vanity has trouble staying afloat. Rainbow Fish, "the most beautiful fish in the entire ocean," refuses to share his prized iridescent scales--which, indeed, flash and sparkle like prisms as each page is turned. When his greed leaves him without friends or admirers, the lonely fish seeks advice from the wise octopus, who counsels him to give away his beauty and "discover how to be happy." The translation from the original German text doesn't enhance the story's predictable plot, and lapses into somewhat vague descriptions: after sharing a single scale, "a rather peculiar feeling came over Rainbow Fish." Deep purples, blues and greens bleed together in Pfister's liquid watercolors; unfortunately, the watery effect is abruptly interrupted by a few stark white, text-only pages. Ages 4-8. Copyright 1992 Reed Business Information, Inc. From School Library Journal PreSchool-Grade 1-- Children will be immediately drawn to this book that features an iridescent, metallic-looking main character whose ``scales were every shade of blue and green and purple, with sparkling silver scales among them.'' Adult suspicions of the gimmick overwhelming the story quickly fade as the plot unfolds: none of the other fish will have anything to do with the Rainbow Fish, who always swims by superciliously and refuses to give away any of his special garb. He is lonely and without admirers until a wise female octopus advises him to give away his scales. Rainbow Fish then discovers that sharing brings happiness and acceptance. The delicate watercolors of underwater scenes are a perfect foil to the glittering scales that eventually form a part of each fish's exterior. This is certainly a story written to convey a message, but in its simplicity, it recalls the best of Lionni. Besides, what three-year-old doesn't need reinforcement about sharing? --Ellen Fader, Westport Public Library, CT Copyright 1992 Reed Business Information, Inc. Review "Will fascinate preschoolers."―Booklist "A delightful tale."―Parade About the Author Marcus Pfister was born in Bern, Switzerland. After studying at the Art School of Bern, he apprenticed as a graphic designer and worked in an advertising agency before becoming self-employed in 1984. His debut picture book, The Sleepy Owl, was published by NorthSouth Books in 1986, but his big breakthrough came six years later with The Rainbow Fish. Today Marcus has illustrated over fifty books, which have been translated into more than fifty languages and received countless international awards. He lives with his wife, Debora, and his children in Bern.

How the Crayons Saved the Rainbow

Respect - The Best Me That I Can Be

How the Crayons Saved the Rainbow

Respect - The Best Me That I Can Be