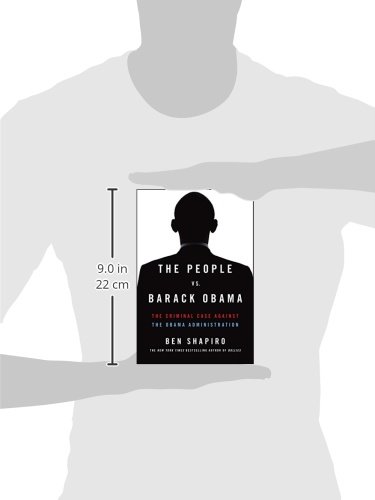 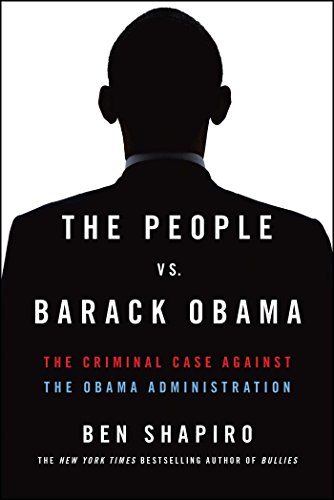 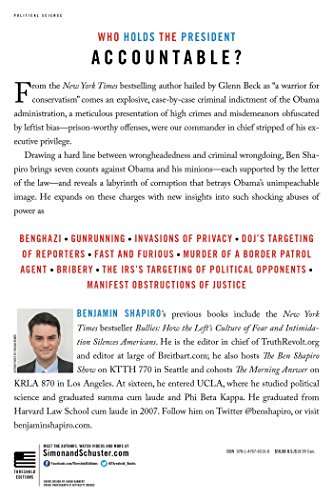 Product Description Now in paperback, New York Times bestselling author Ben Shapiro presents a comprehensive case against Barack Obama’s abuses of power during his time in office. From the DOJ to the NSA, from the EPA to the Department of Health and Human Services, Barack Obama’s administration has become a labyrinth of corruption and overreach touching every aspect of Americans’ lives. The People vs. Barack Obama strips away the soft media picture of the Obama administration to reveal a regime motivated by pure, unbridled power and details how each scandal has led to dozens of instances of as-yet-unprosecuted counts of espionage, involuntary manslaughter, violation of internal revenue laws, bribery, and obstruction of justice. The story of the Obama administration is a story of abuse, corruption, and venality on the broadest scale ever to spring from the office of the presidency. President Obama may be the culmination of a century of government growth—but more important, he is the apotheosis of the imperial presidency. Obama chooses when to enforce immigration laws, delays his own Obamacare proposals when it is politically convenient to do so, micromanages the economy, attacks the Supreme Court, Congress, and the sovereign states. And he proclaims that he alone is the voice of the people while encroaching on their rights. In The People vs. Barack Obama, Ben Shapiro brings Obama into the people’s court and addresses each of his abuses of power. About the Author Benjamin Shapiro entered UCLA at the age of sixteen and graduated summa cum laude and Phi Beta Kappa in June 2004 with a BA in political science. He graduated Harvard Law School cum laude in June 2007. The author of the national bestsellers, Brainwashed: How Universities Indoctrinate America’s Youth, Porn Generation: How Social Liberalism Is Corrupting Our Future, and Project President: Bad Hair and Botox on the Road to the White House, Shapiro has appeared on hundreds of radio and TV shows around the nation. He is married and currently runs Benjamin Shapiro Legal Consulting, based in Los Angeles. He is editor-at-large of Breitbart.com. Excerpt. © Reprinted by permission. All rights reserved. People Vs. Barack Obama COUNT 1 ESPIONAGE Whoever, with intent or reason to believe that it is to be used to the injury of the United States or to the advantage of a foreign nation, communicates, delivers, or transmits, or attempts to communicate, deliver, or transmit, to any foreign government, or to any faction or party or military or naval force within a foreign country, whether recognized or unrecognized by the United States, or to any representative, officer, agent, employee, subject, or citizen thereof, either directly or indirectly, any document, writing, code book, signal book, sketch, photograph, photographic negative, blueprint, plan, map, model, note, instrument, appliance, or information relating to the national defense, shall be punished by death or by imprisonment for any term of years or for life. . . . If two or more persons conspire to violate this section, and one or more of such persons do any act to effect the object of the conspiracy, each of the parties to such conspiracy shall be subject to the punishment provided for the offense which is the object of such conspiracy. —18 U.S. CODE § 794 OPENING ARGUMENT Their bodies were carried slowly off an American military jet by stiffly starched Marines in their dress blues. Their coffins were covered in American flags. And as they were loaded into the waiting hearses, which sat underneath an enormous star-spangled banner, the president of the United States and the secretary of state comforted one another. He wore a black suit and a striped tie; she wore a black pantsuit and a three-layered pearl necklace. Both wore solemn faces. The president spoke first from the podium, flanked by the maternal-looking secretary of state. “Their sacrifice will never be forgotten,” he said. “We wi