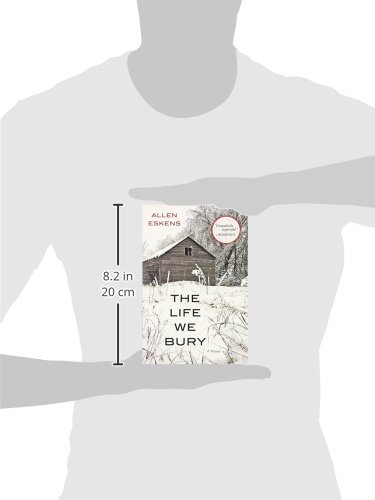 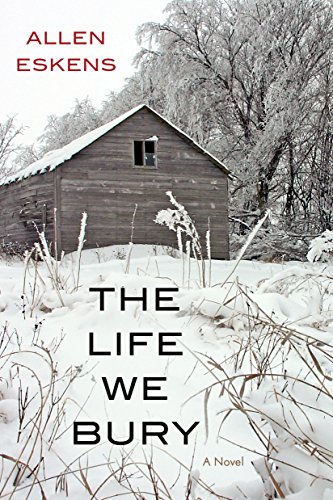 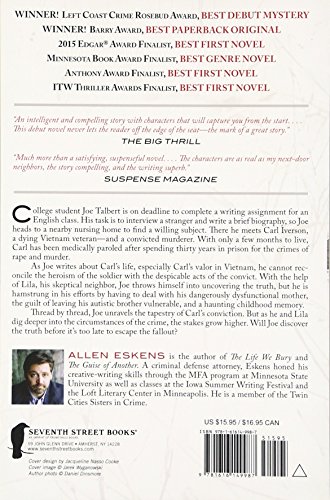 Product Description A USA Today bestseller and book club favorite! College student Joe Talbert has the modest goal of completing a writing assignment for an English class. His task is to interview a stranger and write a brief biography of the person. With deadlines looming, Joe heads to a nearby nursing home to find a willing subject. There he meets Carl Iverson, and soon nothing in Joe's life is ever the same. Carl is a dying Vietnam veteran--and a convicted murderer. With only a few months to live, he has been medically paroled to a nursing home, after spending thirty years in prison for the crimes of rape and murder. As Joe writes about Carl's life, especially Carl's valor in Vietnam, he cannot reconcile the heroism of the soldier with the despicable acts of the convict. Joe, along with his skeptical female neighbor, throws himself into uncovering the truth, but he is hamstrung in his efforts by having to deal with his dangerously dysfunctional mother, the guilt of leaving his autistic brother vulnerable, and a haunting childhood memory. Thread by thread, Joe unravels the tapestry of Carl’s conviction. But as he and Lila dig deeper into the circumstances of the crime, the stakes grow higher. Will Joe discover the truth before it’s too late to escape the fallout? Review AWARD RECOGNITION FOR THE LIFE WE BURY:WINNER! Left Coast Crime Rosebud Award, BEST DEBUT MYSTERYWINNER! Barry Award, BEST PAPERBACK ORIGINAL WINNER! Silver Falchion Award, BEST FIRST NOVEL: traditional2015 Edgar® Award Finalist, BEST FIRST NOVELMinnesota Book Award Finalist, BEST GENRE NOVELAnthony Award Finalist, BEST FIRST NOVELITW Thriller Awards Finalist, BEST FIRST NOVELMysteryPeople 2014 BEST DEBUT NOVELSuspense Magazine BEST BOOKS OF 2014/DEBUT AUTHORPRAISE FOR THE LIFE WE BURY:"Thriller fans should keep their eyes on Eskens; he's a comer." --BOOKLIST"Compulsively suspenseful." --BOOKPAGE"[A] masterful debut...." --PW STARRED REVIEW "An intelligent and compelling story with characters that will capture you from the start.... This debut novel never lets the reader off the edge of the seat--the mark of a great story." --THE BIG THRILL"Set against the backdrop of a brutal Minnesota winter, The Life We Bury is much more than a satisfying, suspenseful novel.... This story kept me turning the pages, and it touched my heart. The characters are as real as my next-door neighbors, the story compelling, and the writing superb." --SUSPENSE MAGAZINE"Eskens delivers interesting puzzles, clever problem-solving, and plenty of stay-up-all-night-reading suspense." --REVIEWING THE EVIDENCE"Eskens's first-person narration grabs the reader and never relinquishes its hold."--LIBRARY JOURNAL EDITOR'S FALL PICK"Eskens' debut is a solid and thoughtful tale of a young man used to taking on burdens beyond his years--none more dangerous than championing a bitter old man convicted of a horrific crime." --KIRKUS REVIEWS"A mesmerizing debut, unfolding decades of secrets in a rewarding tale of redemption." --JULIE KRAMER, Minnesota Book Award winner About the Author Allen Eskens is the award-winning and USA Today–bestselling author of The Life We Bury, The Guise of Another, and The Heavens May Fall. A criminal-defense attorney for twenty-five years, he lives with his wife in Minnesota, where he is a member of the Twin Cities Sisters in Crime. Excerpt. © Reprinted by permission. All rights reserved. THE LIFE WE BURYA NOVELBy ALLEN ASKENSPrometheus BooksCopyright © 2014 Allen EskensAll rights reserved.ISBN: 978-1-61614-998-7CHAPTER 1I remember being pestered by a sense of dread as I walked to my car that day, pressed down by a wave of foreboding that swirled around my head and broke against the evening in small ripples. There are people in this world who would call that kind of feeling a premonition, a warning from some internal third eye that can see around the curve of time. I've never been one to buy into such things. But I will confess that there

Beneath a Scarlet Sky: A Novel

Beneath a Scarlet Sky: A Novel

The Life We Bury, is it available on Amazon?

Yes! But at Pricepulse we inform you when is the lowest price to buy the The Life We Bury

Should I buy the The Life We Bury now?

What is the current price of The Life We Bury?

What was the lowest price for the The Life We Bury?