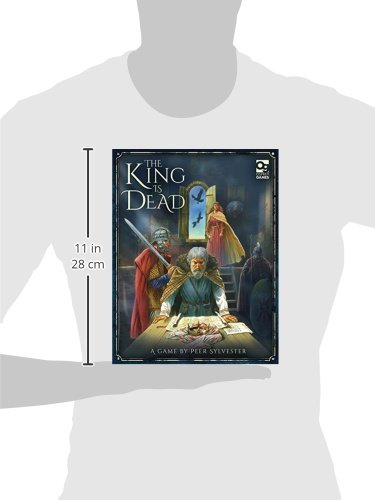 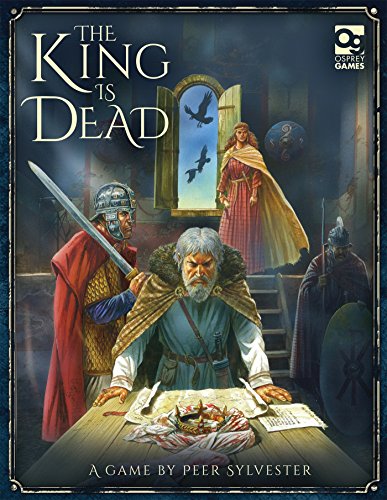 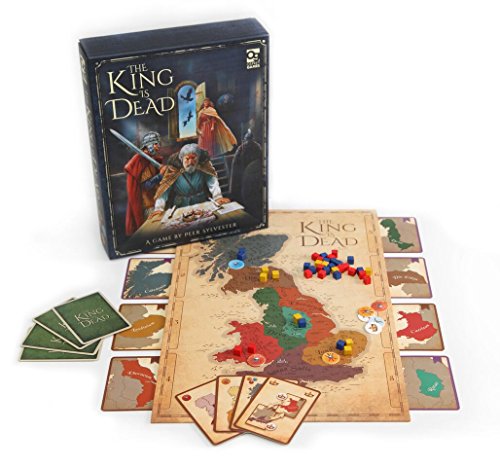 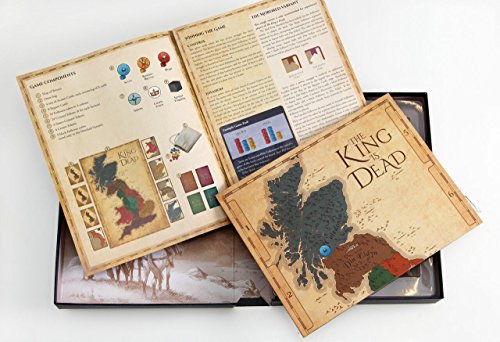 Product Description The King is Dead is a board game of politics and power struggles in the dark Arthurian Britain for 2 to 4 players. King Arthur is dead. The nation is divided. The Saxons are coming. The game is set in Britain just after the death of King Arthur. Players are potential claimants to the throne who operate behind the scenes manipulating the power held by various factions, to make sure that in the end, they have the most influence in the most powerful faction. It is a dangerous game, however, and if the players cause too much chaos, they will leave the door open for Saxon Invasion. Now, more than ever, Britain needs a ruler who can unite the kingdom, but who will take the crown? Players work behind the scenes, marshalling their limited resources to give power to competing factions and gain influence within their ranks. Players owe loyalty only to themselves, however, are free to shift their allegiances as they see fit. Whoever has the most influence over the most powerful faction will rule Britain from the shadows. But be careful - too much infighting will give the Saxons an opening and put the entire nation is at risk. Review "If you like area control and high strategy, The King is Dead is a must play." - Rob Fenimore, Geek Girl Authority About the Author Peter Dennis was born in 1950. Inspired by contemporary magazines such as Look and Learn he studied illustration at Liverpool Art College. Peter has since contributed to hundreds of books, predominantly on historical subjects, including many Osprey titles. A keen wargamer and modelmaker, he is based in Nottinghamshire, UK.

The King Is Dead Struggles For Power In King Arthu, is it available on Amazon?

Yes! But at Pricepulse we inform you when is the lowest price to buy the The King Is Dead Struggles For Power In King Arthu

Should I buy the The King Is Dead Struggles For Power In King Arthu now?

What is the current price of The King Is Dead Struggles For Power In King Arthu?

What was the lowest price for the The King Is Dead Struggles For Power In King Arthu?