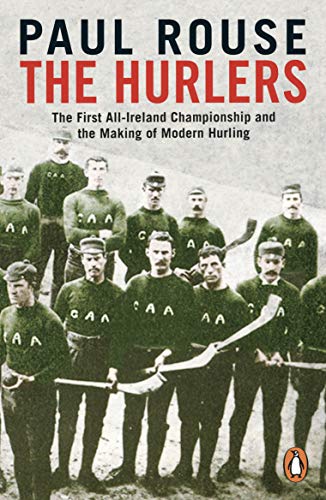 In 1882, a letter was published in the Irish Times, lamenting the decline of hurling. The game was now played only in a few isolated rural pockets, and according to no fixed set of rules. It would have been absurd to imagine that, within five years, an all-Ireland hurling championship would be underway, under the auspices of a powerful national organization.

The Hurlers is a superbly readable account of that dramatic turn of events, of the colourful men who made it happen, and of the political intrigues and violent rows that marked the early years of the GAA. From the very start, republican and ecclesiastical interests jockeyed for control, along with a small core of enthusiasts who were just in it for the sport. In this authoritative and seriously entertaning book, Paul Rouse shows how sport, culture and politics swirled together in a heady, often chaotic mix.

'Fascinating ... a brilliantly researched book on hurling in the early years of the GAA' Martin Breheny, Irish Independent

'A story of pioneerism, passion, intrigue, skulduggery and commitment ... a must read for the many sports, and particularly hurling, supporters and admirers in today's version of Ireland' Irish Times

'Brilliantly entertaining ... not just the gripping account of that first championship, but also of how the game of hurling itself was saved in the 1880s from what seemed certain extinction' Sunday Independent

'Both a sports and a history book, full of wonderful stories from a different time, with tales of passion, skullduggery and controversy, played out against the backdrop of what could b

The Hurlers The First All Ireland Championship And, is it available on Amazon?

Yes! But at Pricepulse we inform you when is the lowest price to buy the The Hurlers The First All Ireland Championship And

Should I buy the The Hurlers The First All Ireland Championship And now?

What is the current price of The Hurlers The First All Ireland Championship And?

What was the lowest price for the The Hurlers The First All Ireland Championship And?