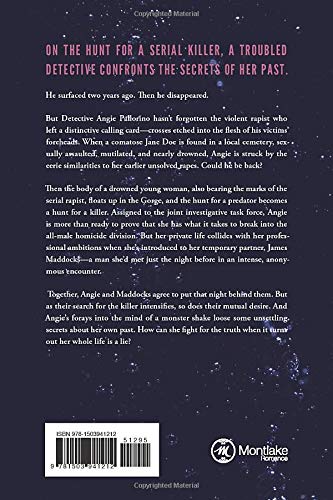 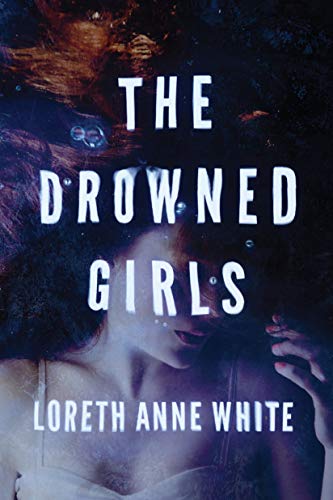 Review “A nicely paced thriller that will keep readers entertained and on the edge of their seats.” ―RT Book Reviews“Tense and mesmerizing, and not for the faint of heart.” ―Omnivoracious“A superbly plotted, intense romantic thriller.…Strongly recommended for fans of edgy heroines and gritty romantic suspense.” ―All About Romance“It’s a race against time that will pull you in, have you guessing until the end, and have you wanting to bite your nails to the quick.” ―Night Owl Reviews, Top Pick Product Description He surfaced two years ago. Then he disappeared.But Detective Angie Pallorino hasn’t forgotten the violent rapist who left a distinctive calling card―crosses etched into the flesh of his victims’ foreheads. When a comatose Jane Doe is found in a local cemetery, sexually assaulted, mutilated, and nearly drowned, Angie is struck by the eerie similarities to her earlier unsolved rapes. Could he be back?Then the body of a drowned young woman, also bearing the marks of the serial rapist, floats up in the Gorge, and the hunt for a predator becomes a hunt for a killer. Assigned to the joint investigative task force, Angie is more than ready to prove that she has what it takes to break into the all-male homicide division. But her private life collides with her professional ambitions when she’s introduced to her temporary partner, James Maddocks―a man she’d met just the night before in an intense, anonymous encounter.Together, Angie and Maddocks agree to put that night behind them. But as their search for the killer intensifies, so does their mutual desire. And Angie’s forays into the mind of a monster shake loose some unsettling secrets about her own past. How can she fight for the truth when it turns out her whole life is a lie? About the Author Loreth Anne White is an award-winning, bestselling author of romantic suspense, thrillers, and mysteries. A three-time RITA finalist, she has also won the Romantic Times Reviewers’ Choice Award, the National Readers’ Choice Award, and the Romantic Crown for Best Romantic Suspense and Best Book Overall, in addition to being a Booksellers’ Best finalist, a multiple Daphne Du Maurier Award finalist, and a multiple CataRomance Reviewers’ Choice Award winner. A former journalist and newspaper editor who has worked in both South Africa and Canada, she now resides in the mountains of the Pacific Northwest with her family. When she’s not writing, you will find her skiing, biking, or hiking the trails with her Black Dog. Visit her at www.lorethannewhite.com.

The Drowned Girls Angie Pallorino 1, is it available on Amazon?

Yes! But at Pricepulse we inform you when is the lowest price to buy the The Drowned Girls Angie Pallorino 1

Should I buy the The Drowned Girls Angie Pallorino 1 now?

What is the current price of The Drowned Girls Angie Pallorino 1?

What was the lowest price for the The Drowned Girls Angie Pallorino 1?