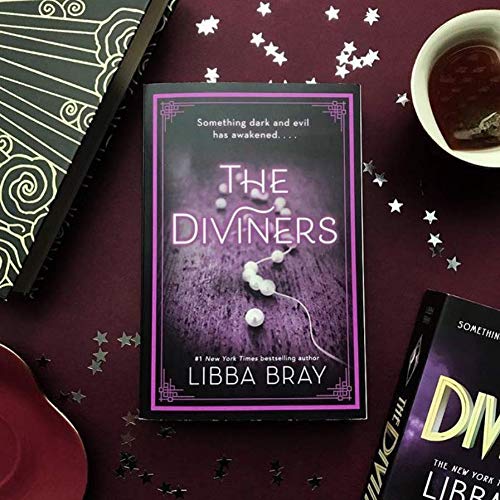 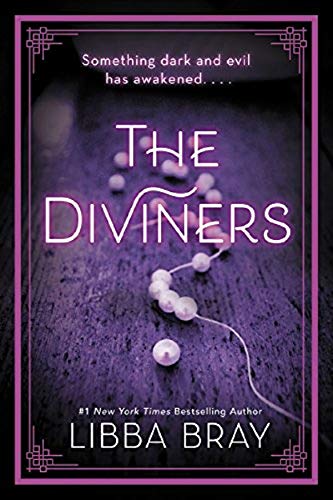 Product Description A young woman discovers her mysterious powers could help catch a killer in the first book of The Diviners series--a stunning supernatural historical mystery set in 1920s New York City, from Printz Award-winning and New York Times bestselling author Libba Bray. Evangeline O'Neill has been exiled from her boring old hometown and sent off to the bustling streets of New York City--and she is ecstatic. It's 1926, and New York is filled with speakeasies, Ziegfeld girls, and rakish pickpockets. The only catch is that she has to live with her uncle Will and his unhealthy obsession with the occult. Evie worries he'll discover her darkest secret: a supernatural power that has only brought her trouble so far. When the police find a murdered girl branded with a cryptic symbol and Will is called to the scene, Evie realizes her gift could help catch a serial killer. As Evie jumps headlong into a dance with a murderer, other stories unfurl in the city that never sleeps. And unknown to all, something dark and evil has awakened.... Review A Publishers Weekly Best YA Book of the Year A School Library Journal Editor's Choice A Kirkus Best YA Book of the Year ALA Popular Paperback for Young Adults A Top Ten Amazon Best Book of the Year for Teens A Library Journal Best YA Book for Adults An Andre Norton Award for Young Adult Science Fiction and Fantasy Finalist " The Diviners delivers an addictive and terrifying story of young New Yorkers investigating a rash of occult-based murders. Bray sustains a breathless energy throughout this ambitious series-starter, deftly evoking the exuberance of 1920s city life and the evil lurking beneath it." ― Entertainment Weekly * "1920s New York thrums with giddy life in this gripping first in a new [series] from Printz winner Bray...The intricate plot and magnificently imagined details of character, dialogue and setting take hold and don't let go. Not to be missed."― Kirkus (starred review) * "The compelling and dramatic supernatural plot explores self-actualization, predestination, the secrets everyone hides, and, of course, good versus evil. An absolutely terrific read and, thankfully, the first in a planned series."― School Library Journal (starred review) * "The book is big and wants to be the kind of thing you can lose yourself in. Does it succeed? It's jake, baby."― Booklist (starred review) *Everyday moments and a romance or two help lighten the mood of this creepy, dark, twisted tale of things that go bump in the night."― VOYA (starred review) * "The book is engrossing, spooky, and thought-provoking."― Library Media Connection (starred review) " [A] lavish supernatural thriller...Wisecracking Evie is a likable heroine, and all signs point to intriguing complications and more malevolent spirits on the rise in succeeding books."― The Horn Book About the Author Libba Bray is the #1 bestselling author of The Diviners, Lair of Dreams, the Los Angeles Times Book prize finalist Beauty Queens, the 2010 Printz Award-winning Going Bovine, and the acclaimed Gemma Doyle trilogy. She lives in Brooklyn, New York.

Current price$11.89
Since 3 months
Average price$9.83
Based on 6 years
Lowest price ever$5.64
5 years ago
Highest price ever$14.82
16 months ago
Amazing
Great
Average
High
It's not a good time to buy now, there's a 71% probability this price will decrease. Our advise is to Watch it.
Buy on Amazon

Lair of Dreams: A Diviners Novel (The Diviners (2))

Before the Devil Breaks You (The Diviners)

Lair of Dreams: A Diviners Novel (The Diviners (2))

Before the Devil Breaks You (The Diviners)

It's not a good time to buy now, there's a 71% probability this price will decrease. Our advise is to Watch it.