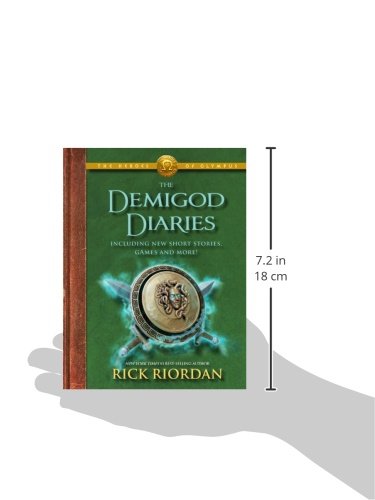 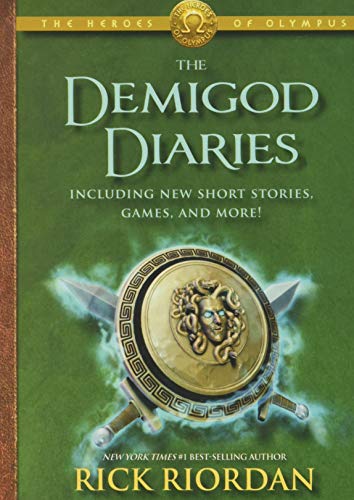 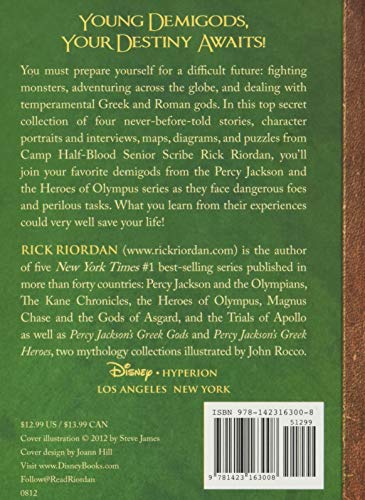 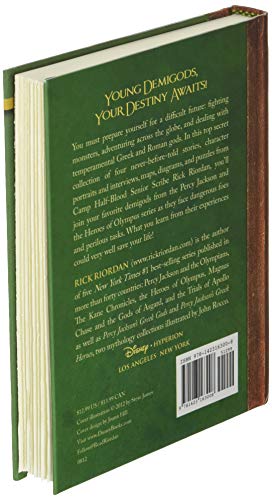 Product Description What dangers do runaway demigods Luke and Thalia face on their way to Camp Half-Blood? Are Percy and Annabeth up to the task of rescuing stolen goods from a fire-breathing giant who doesn't take kindly to intruders? How exactly are Leo, Piper, and Jason supposed to find a runaway table, dodge a band of party-loving Maenads (who just might be a little psychotic), and stave off a massive explosion...all in one hour or less? With his trademark wit and creativity, Rick Riordan answers these questions and more in three never-before-seen short stories that provide vital back-story to the Heroes of Olympus and Percy Jackson books. Original art, enlightening character interviews and illustrated profiles, puzzles, and a quiz add to the fun in this action-packed collection that is sure to delight legions of loyal fans. About the Author Rick Riordan (www.rickriordan.com) is the author of three different mythology-based series for Disney-Hyperion: the best-selling Percy Jackson series, the Kane Chronicles, and The Heroes of Olympus series. The first book in the Kane Chronicles, The Red Pyramid, was a number 1 New York Times bestseller. The five books in the Percy Jackson and the Olympians series have sold millions of copies, been published in more than thirty countries, and inspired a major motion picture. Rick's novels for adults include the hugely popular Tres Navarre series, winner of the top three awards in the mystery genre. He lives in San Antonio, Texas, with his wife and two sons.

Amazing
Great
Average
High
This is absolutely the best time to buy. Don’t miss out, there's 86% probability of this price being higher soon. Buy now.
Buy on Amazon

The Hawthorne Legacy (The Inheritance Games, 2)

Anne Frank: The Diary of a Young Girl: The Definitive Edition

The Demigod Diaries The Heroes Of Olympus, is it available on Amazon?

Yes! But at Pricepulse we inform you when is the lowest price to buy the The Demigod Diaries The Heroes Of Olympus

Should I buy the The Demigod Diaries The Heroes Of Olympus now?

This is absolutely the best time to buy. Don’t miss out, there's 86% probability of this price being higher soon. Buy now.

What is the current price of The Demigod Diaries The Heroes Of Olympus?

What was the lowest price for the The Demigod Diaries The Heroes Of Olympus?