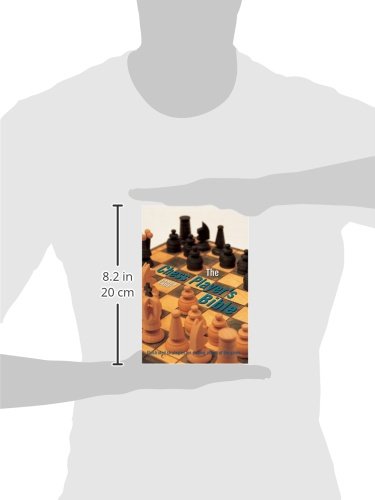 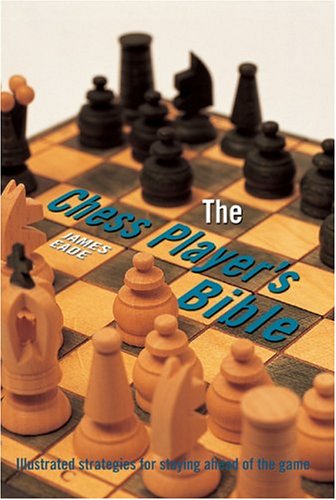 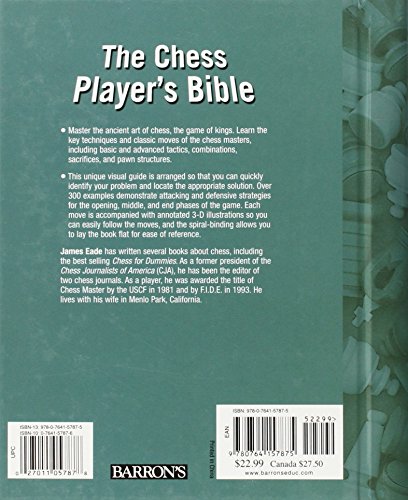 Product Description Learn quickly and at a glance how each chess piece moves on the board, then discover the gameï¿½s single object, which is to capture the enemyï¿½s king and to achieve checkmate. Hereï¿½s an entertaining and informative manual for beginners, but itï¿½s filled with tips and techniques learners will retain and successfully employ as their skill develops and they match themselves against experienced players. With annotated illustrations and more than 300 examples, this fascinating manual demonstrates Openings used by international masters, including the Ruy Lopez, the Queenï¿½s Gambit Declined, the Sicilian Defense, and others Basic and advanced strategies, tactics, sacrifices, and pawn structure to help learners master the chess middle game End game, with emphasis on use of rooks and pawns Itï¿½s a comprehensive and compact reference that will find a ready place in school and private chess clubs. This book will also be a favorite among individuals who wish to discover chess as a pleasurable way to spend a social evening. From the Back Cover back cover * Master the ancient art of chess, the game of kings. Learn the key techniques and classic moves of the chess masters, including basic and advanced tactics, combinations, sacrifices, and pawn structures. * This unique visual guide is arranged so that you can quickly identify your problem and locate the appropriate solution. Over 300 examples demonstrate attacking and defensive strategies for the opening, middle, and end phases of the game. Each move is accompanied with annotated 3-D illustrations so you can easily follow the moves, and the spiral-binding allows you to lay the book flat for ease of reference. James Eade has written several books about chess, including the best selling Chess for Dummies. He has been the editor of two chess journals and is a former president of the Chess Journalists of America (CJA). He has won the CJA award for best instructional article, and an honorable mention for best state magazine. He was an executive board member of the United States Chess Federation (USCF) from 1996-1999, and of F.I.D.E. (the international chess organization) from 2000-2002. He is a trustee of the US Charitable Chess Trust. As a player, he was awarded the title of Chess Master by the USCF in 1981 and by F.I.D.E. in 1993. He lives with his wife in Menlo Park, California.

The Chess Players Bible Illustrated Strategies For, is it available on Amazon?

Yes! But at Pricepulse we inform you when is the lowest price to buy the The Chess Players Bible Illustrated Strategies For

Should I buy the The Chess Players Bible Illustrated Strategies For now?

What is the current price of The Chess Players Bible Illustrated Strategies For?

What was the lowest price for the The Chess Players Bible Illustrated Strategies For?