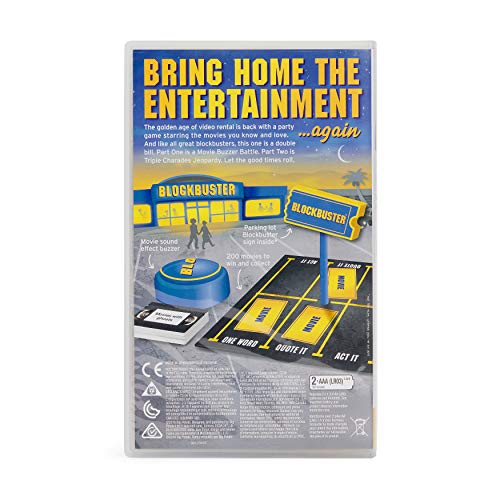 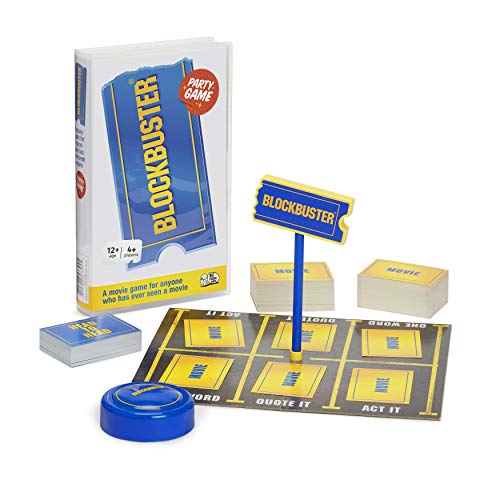 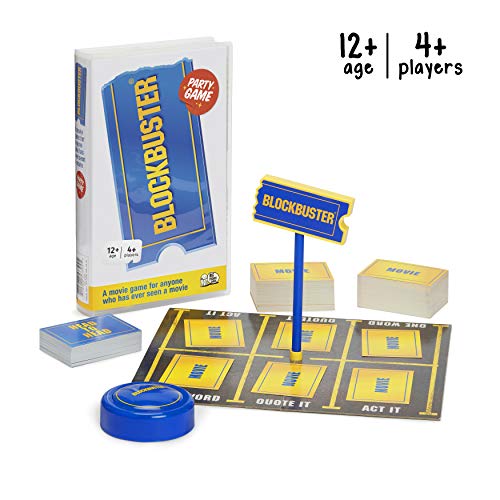 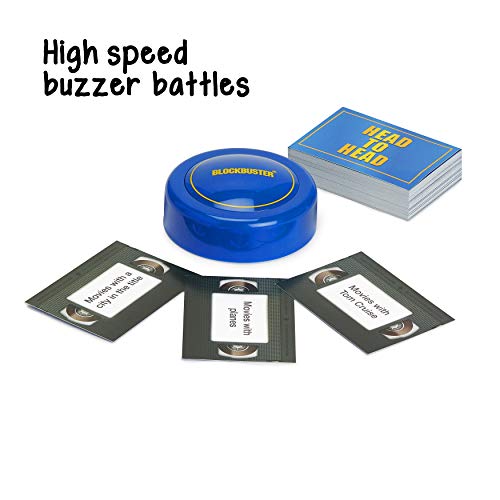 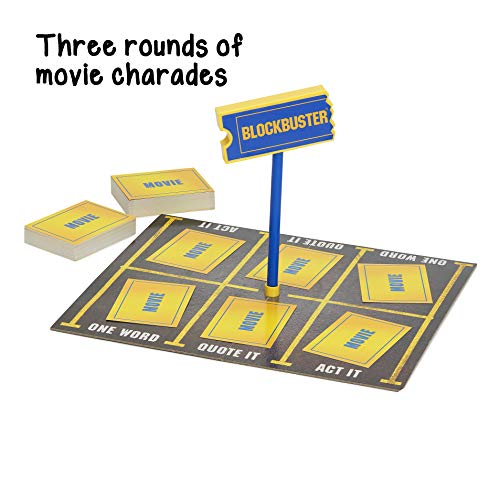 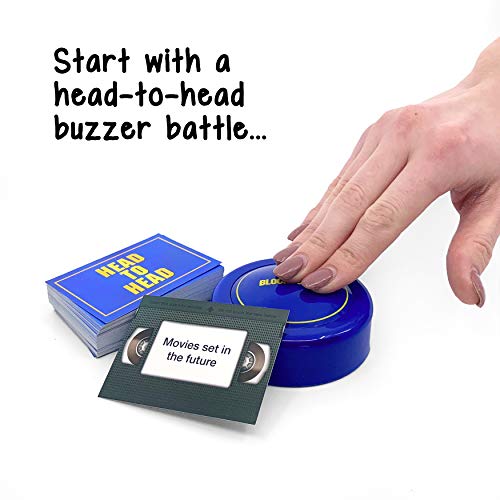 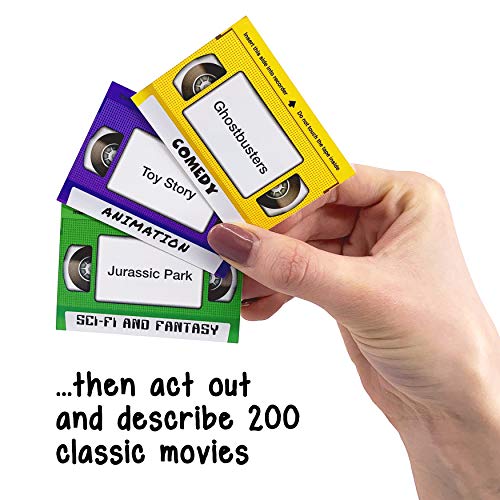 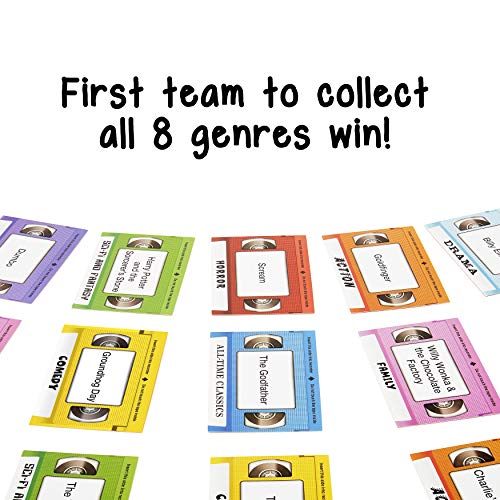 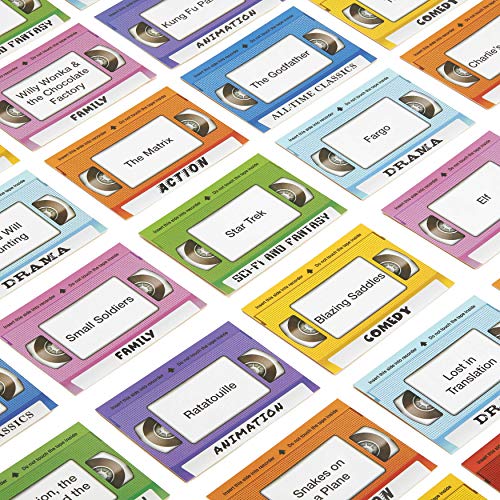 The blockbuster game: a movie board game for the whole family The golden age of video rentals is back! Introducing a brand new fun family board game for anyone that has ever seen a movie and just like all great BLOCKBUSTERS, This one’s a double bill!this is a game for adults and teenagers alike, but for best results, you’ll want to split up into two mixed teams. In round one, each team will choose one of their members to go head-to-head in a quick-fire buzzer battle. From ‘famous trilogies to ‘movies with a Zombie in’, these two players must think quick, shout out a movie and slap the buzzer to put pressure on their opponent. The first player to run out of ideas loses the round (and gives their opponents a serious advantage in round two).we like to call round two ‘movie Charades with a twist’. The player that won the buzzer battle picks up six movie cards, gives the hardest three to their opponent and keeps the rest for themselves. When ready, they’ll get 30 seconds to get their team to shout out the movies by using three tricky techniques acting out the film, making up a quote and describing them with just one word. Get them right quick enough and you’ll have a chance to steal from your opponents. Take it too slow and they might get a chance to steal from you.It’s an all-out race to collect a film from every genre and be crowned the new blockbuster big-shots. With 200 classic movies, 60 category cards and a (nearly) life-size replica of a blockbuster car park, you’ll want to clear a space on your top 10 family party games This is one that’s sure to bring the entertainment home again and again.

The Chameleon, Multi Award-Winning Board Game, for Ages 14 and up

The Chameleon, Multi Award-Winning Board Game, for Ages 14 and up

Genius Games Stardust Go Extinct! Evolutionary Tree Board Game, Easy to Learn Science of Evolution Board Game for The Whole Family, Game Night Activity for Kids Aged 8 and Above

1862: Railway Mania in The Eastern Counties

Blue Orange Games Slam Cup- New Speed and Matching Kids and Family Game for 2 to 4 Players. Recommended for Ages 6 & up