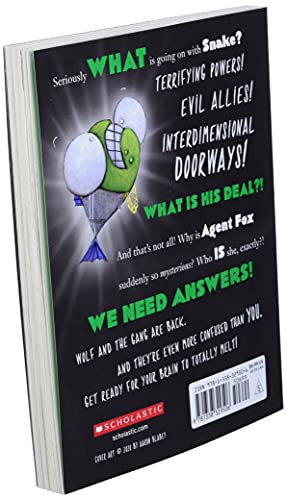 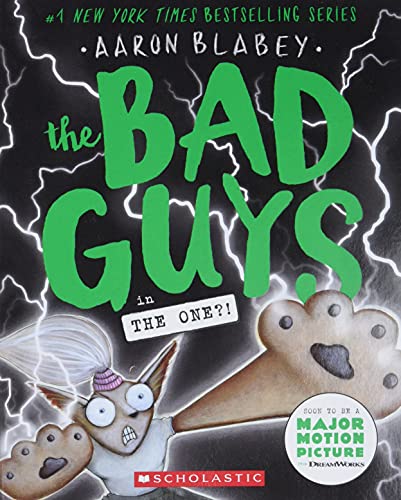 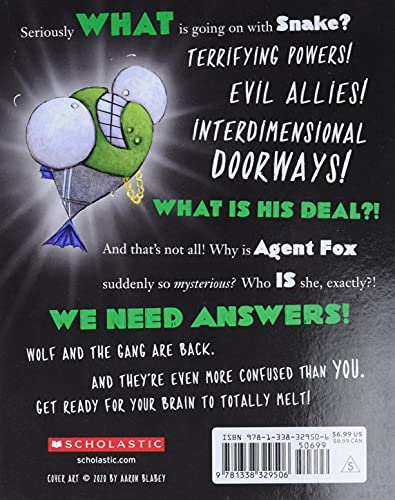 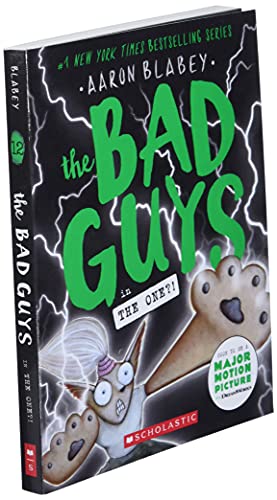 Product Description NOW A MAJOR MOTION PICTURE! "I wish I'd had these books as a kid. Hilarious!" -- Dav Pilkey, creator of Captain Underpants and Dog ManThey may look like Bad Guys, but these wannabe heroes are doing good deeds... whether you like it or not! This New York Times bestselling illustrated series is perfect for fans of Dog Man and Captain Underpants.Seriously, WHAT is going on with Snake?! Terrible powers have been revealed! Evil allies have materialized! Inter-dimensional doors have opened! Shady-looking cloaks have been purchased! What is his deal?!And that's not all! Why does Agent Fox suddenly have a whole lot more backstory than we'd counted on?! Dang it! We need answers! WHAT IS GOING ON HERE?!Wolf and the gang are back. And things are worse than ever. Or badder than ever... if you think that sounds cooler and don't have a problem with bad grammar.BAD GUYS #12 WILL MELT YOUR BRAIN... Review Praise for The Bad Guys:* "This book instantly joins the classic ranks of Captain Underpants and The Stinky Cheese Man. We challenge anyone to read this and keep a straight face." -- Kirkus Reviews, starred review* "Guaranteed to be a hit for chapter book readers looking for humor and action." -- School Library Journal, starred review About the Author AARON BLABEY has written many well-loved, bestselling books for children. He is the creator of three hugely successful series for children ― the New York Times bestselling The Bad Guys (Les méchants), Pig the Pug (Carlos le carlin), and Thelma the Unicorn (Thelma la licorne). The Bad Guys movie released in 2022. It was produced by DreamWorks Animation with Aaron serving as an executive producer on the project. Aaron’s books have won many awards, including nine REAL Awards, an INDIE Book Award for Children’s Book of the Year, a Children’s Book Council of Australia ― Book of the Year Award, NSW Premiers Literary Award for Children’s Literature, two Australian Book Design Awards, and a Children’s Peace Literature Award.

Amazing
Great
Average
High
This is absolutely the best time to buy. Don’t miss out, there's 46% probability of this price being higher soon. Buy now.
Buy on Amazon

This is absolutely the best time to buy. Don’t miss out, there's 46% probability of this price being higher soon. Buy now.