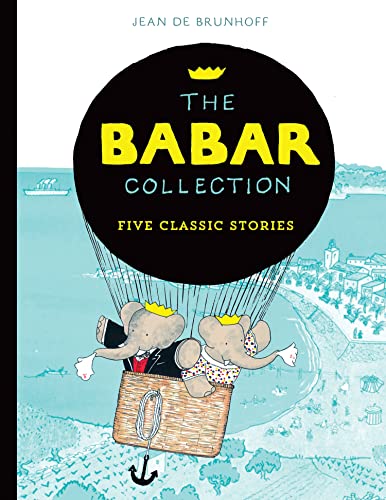 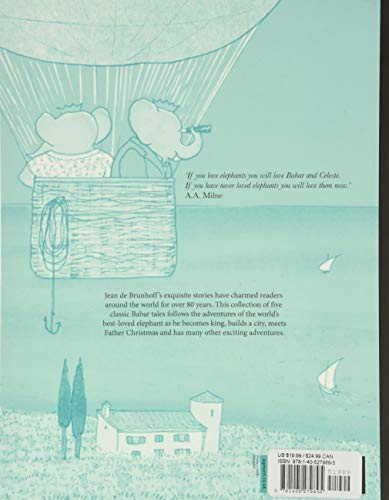 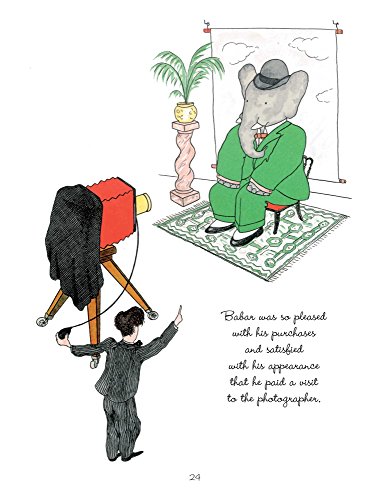 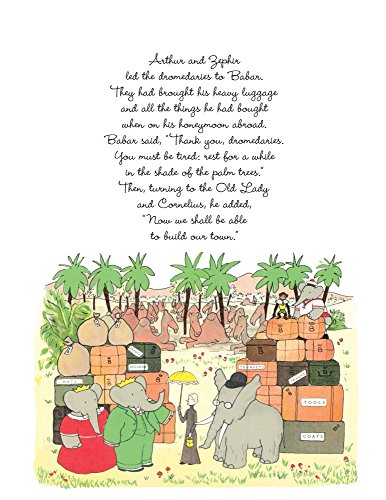 Product Description This charming collection of five French illustrated classics follows the adventures of the world’s best-loved elephant, Babar, as he becomes king, builds a city, meets Father Christmas and has many other exciting adventures.One of the most iconic series of animal books in history, Babar has become a household name both as a character in children’s books and on TV. Jean de Brunhoff’s exquisite stories have charmed readers around the world for 80 years, and fans can now cherish a collection of his tales in this beautiful gift book.This edition includes the original introduction by A. A. Milne About the Author Born in Paris, Jean de Brunhoff was the fourth and last child of a successful publisher. His wife Cecile, whom he married in 1924, was a successful pianist, and also contributed to her husband's success by coming up with the original idea for Babar. The couple had three sons (Laurent, 1925), (Mathieu, 1926) and Thierry (1934), and Babar first appeared as an unnamed baby elephant in a bedtime story told by Cecile to Laurent and Mathieu when they were six and five years old respectively. The next day the boys retold the story to their father, and the expanded and developed result was The Story of Babar (1931).De Brunhoff managed to produce a total of seven Babar books before his death at the age of 37. Since then, millions and millions of Babar books have been sold all around the world.

The Babar Collection, is it available on Amazon?

Yes! But at Pricepulse we inform you when is the lowest price to buy the The Babar Collection

Should I buy the The Babar Collection now?

What is the current price of The Babar Collection?

What was the lowest price for the The Babar Collection?