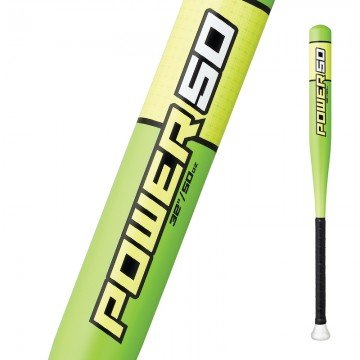 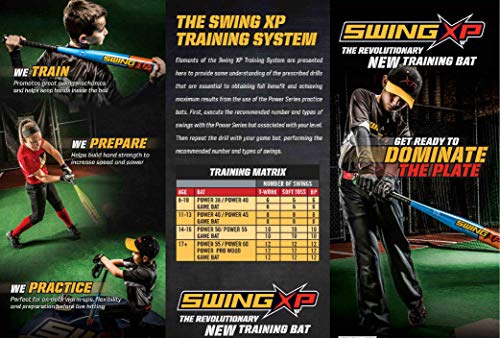 Swing XP Power Series Weighted Training Bat IMPROVE YOUR HITTING MECHANICS & PERFORMANCE  The Swing XP concept is to improve a batter’s hitting skills by improving swing mechanics and eliminating the use of devices and practices that have been passed down in baseball for generations, but which science have proved do not perform as they should, and can actually be harmful to the baseball swing. SCIENTIFICALLY PROVEN TO PRODUCE BETTER BAT SPEEDS  Swing XP bats have been scientifically proven by independent tests conducted by the American Sports Medicine Institute (ASMI) to consistently produce increased bat speeds and improved swing mechanics compared to traditional weighted bat devices. THE ULTIMATE WEIGHTED TRAINING BAT  Our best-selling Swing XP bats feature a proprietary weighted handle that pulls the batter’s hands through the swing zone, allowing the batter to feel what it’s like to lead with their hands and knob, taking the ideal path to the ball and not cast. DESIGNED FOR LIVE BATTING PRACTICE, TEE WORK AND HITTING DRILLS  With Swing XP bats you get immediate feedback if your swing gets too long and outside the desired swing plane. The extra weight in our handles will cause a feeling of more stress in your forearms from an over-extended swing. This valuable feedback is not available from lighter game bats, or bats with weighted devices on the barrel. CREATES PROPER ALIGNMENT & POSITION AT THE PLATE  Swing XP bats also feature a unique alignment tool called the Power Band. This allows batters to align themselves to the ball and plate so that they improve their chances of making solid contact with balls thrown either side of the plate. The X in the Swing XP logo marks the exact sweet spot on each bat, and the 4 inch band on the barrel indicates where the ball should be making contact most consistently.

Amazing
Great
Average
High
This is absolutely the best time to buy. Don’t miss out, there's 12% probability of this price being higher soon. Buy now.
Buy on Amazon

Yes! But at Pricepulse we inform you when is the lowest price to buy the Swing Xp Power Series Weighted Training Bat Softba

This is absolutely the best time to buy. Don’t miss out, there's 12% probability of this price being higher soon. Buy now.

What was the lowest price for the Swing Xp Power Series Weighted Training Bat Softba?