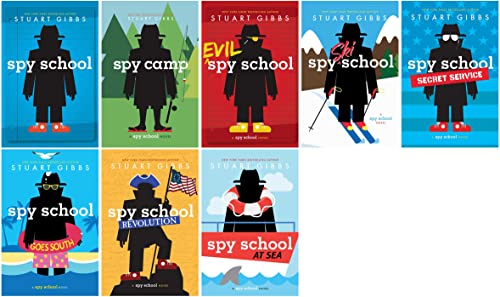 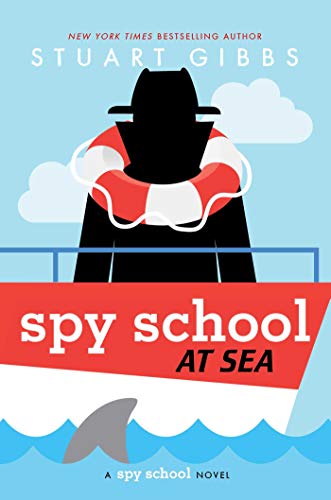 Product Description In the ninth addition to the New York Times bestselling Spy School series, Ben Ripley faces his nemesis, Murray Hill, on the high seas.Thanks to the evidence Ben uncovered in his investigation of the Croatoan, the CIA has tracked his nemesis, Murray Hill, to Central America, where they believe he is boarding the world’s biggest cruise ship, The Emperor of the Seas, on its maiden voyage around the world. His mission: Pose as part of a family, with Alexander and Catherine Hale as his parents, Erica as his sister, and his best friend Mike as his brother, to find out what Murray is plotting. At first, it sounds exciting to have a mission on the most glamorous ocean liner on earth, but as usual, nothing goes according to plan. There is action, danger, and plenty of surprises as Ben and his team quickly find themselves in hot water. From School Library Journal Gr 5-8-Ben Ripley, CIA agent-in-training, is back in book number nine in the "Spy School" series for a new adventure-this time on the open sea. Ben, Mike, and Erica are assigned to a mission pretending to be the kids of Catherine and Arthur Hale, on a family vacation aboard a fancy new cruise ship Emperor of the Seas in search of the notorious Murray Hill. Ben must once again stay undercover and work with Erica (who he may or may not have a crush on), all while trying to catch the bad guys and stay alive. With surprise appearances from familiar series characters and time quickly running out, this may be one of Ben's biggest missions yet. Gibbs, as always, provides minor introductions and recaps to allow new readers to follow along. Those familiar with the series and characters will enjoy the continuation of some plotlines; however the mission itself provides a main plot that is contained solely to this novel. With the mission beginning almost immediately, the book provides the nonstop action/adventure readers have grown to expect from the crew. VERDICT Another solid title in the series. Recommended purchase for all libraries where plucky kid sleuths and the "Spy School" is popular.-Elizabeth Portillo, Finkelstein Memorial Lib., Spring Valley, NYα(c) Copyright 2011. Library Journals LLC, a wholly owned subsidiary of Media Source, Inc. No redistribution permitted. Review "Recommended purchase for all libraries where plucky kid sleuths and the “Spy School” is popular." -- SCHOOL LIBRARY JOURNAL About the Author Stuart Gibbs is the New York Times bestselling author of the Charlie Thorne series, FunJungle series, Moon Base Alpha series, and Spy School series. He has written screenplays, worked on a whole bunch of animated films, developed TV shows, been a newspaper columnist, and researched capybaras (the world’s largest rodents). Stuart lives with his family in Los Angeles. You can learn more about what he’s up to at StuartGibbs.com. Excerpt. © Reprinted by permission. All rights reserved. Chapter 1: Debriefing 1 DEBRIEFING Office of the Principal Nathan Hale Building The Academy of Espionage Washington, DC May 15 1500 hours The principal was acting stranger than usual. In my sixteen months at the CIA’s Academy of Espionage, I had seen the principal display many aspects of his personality, none of which were good. He had been angry, bitter, paranoid, churlish, jealous, contemptuous, ornery, disdainful, mercurial, obnoxious, flummoxed, confused, passive-aggressive, and just plain mean. But the day I was assigned to Operation Deadly Manatee, his behavior was the most unsettling of all. He was trying to be nice. With most people, of course, this would have been a good thing. But with the principal it felt wrong, as though he was fighting every natural instinct he had. Watching him try to be nice was like watching a tiger try to eat a salad. “Benjamin!” he exclaimed upon opening the door to his office, with what was obviously forced enthusiasm. “Such a pleasure to see you!” “Er… thanks,” I said warily. “Please come in.

My First Book of Planets: All About the Solar System for Kids

The Magician's Nephew: The Chronicles of Narnia

The Tower of Nero: The Trials of Apollo, Book 5

Spy School At Sea, is it available on Amazon?

Yes! But at Pricepulse we inform you when is the lowest price to buy the Spy School At Sea

Should I buy the Spy School At Sea now?

What is the current price of Spy School At Sea?

What was the lowest price for the Spy School At Sea?