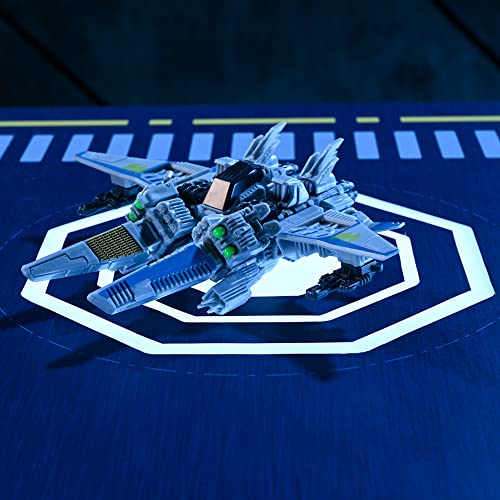 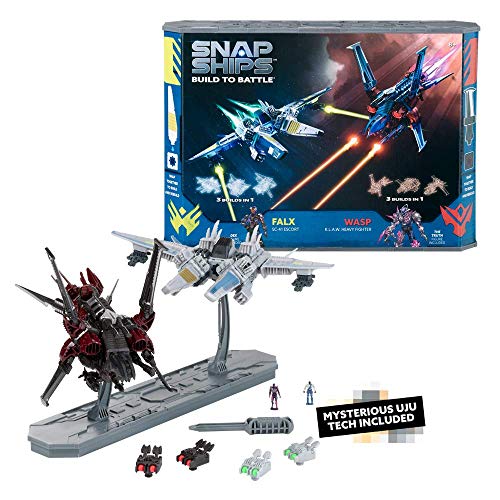 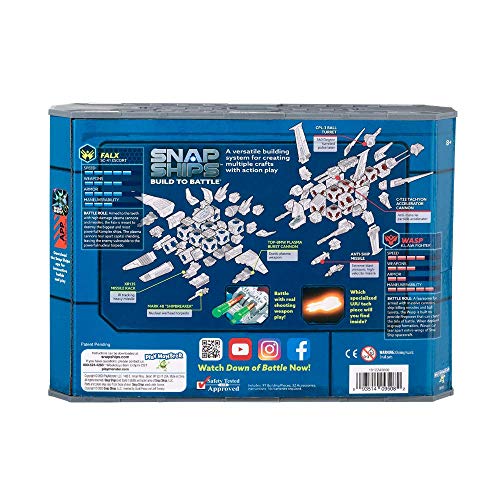 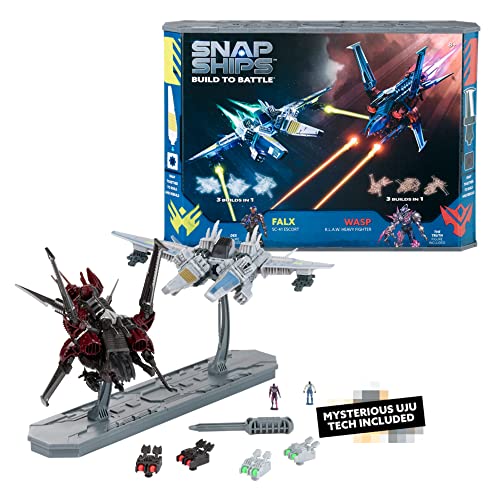 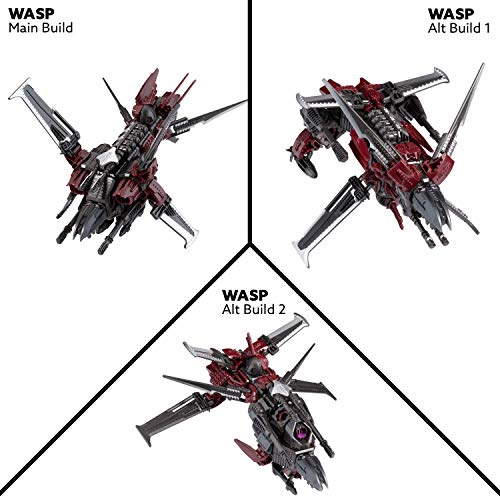 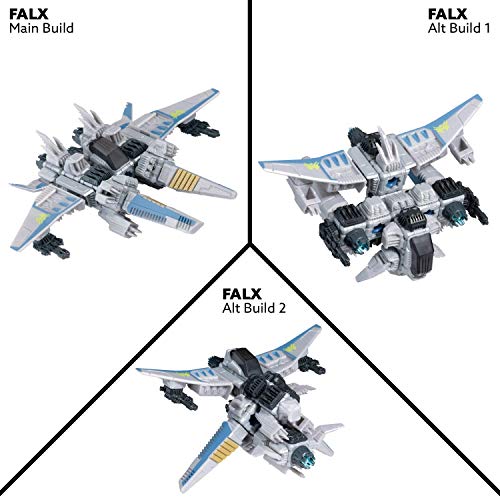 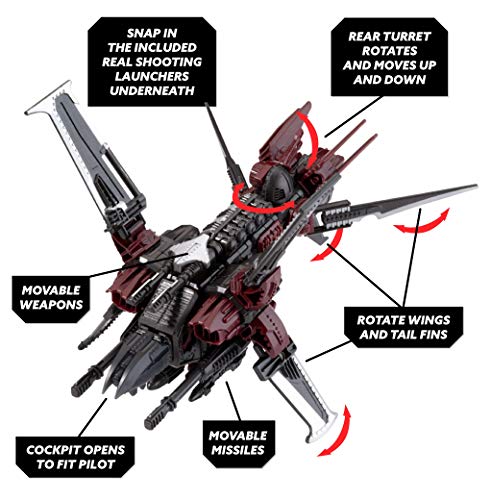 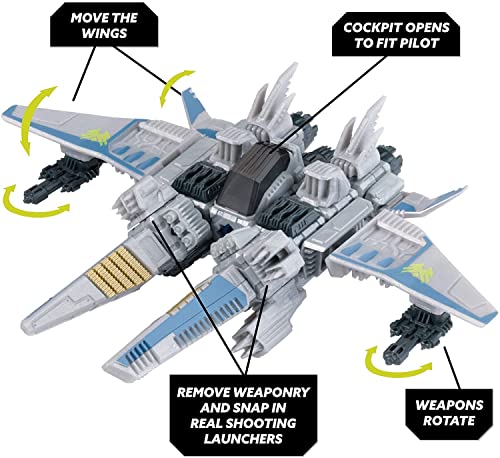 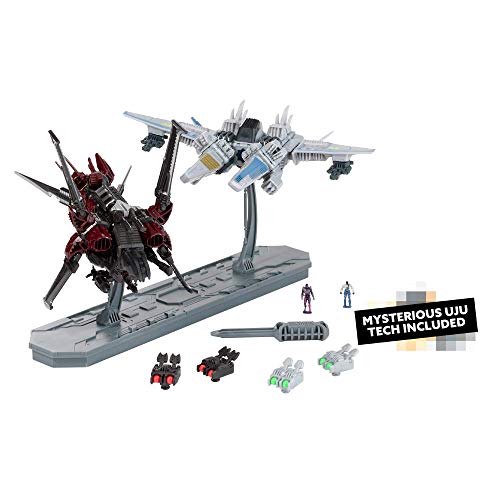 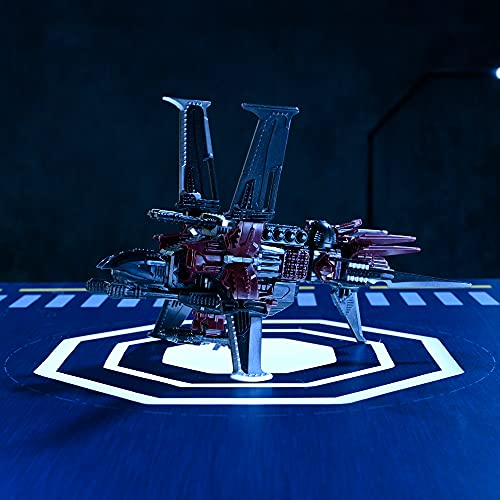 Welcome to the future…where humanity is under constant attack from a brutal alien threat. The Komplex spreads through the galaxy and growing stronger with each species they defeat and assimilate. To fight them, humanity relies on an elite team, the Forge, who pilots their own armada of spacecraft known as Snap Ships. Now YOU can Build to Battle! Snap Ships is a versatile building system for creating multiple crafts with action play, and all sets and pieces are interchangeable, so kids can build however they want. This set includes both a Forge and Komplex ship for instant battle play, and there are instructions for six different builds that you assemble yourself and then engage in battle with real shooting weapon play! The Battle Set brings The Truth and Commander Dex in a head-to-head battle—Wasp may be able to outmaneuver Falx, but Falx is definitely the faster of the two ships. Add the mysterious UJU tech pieces to each ship, and that will change the matchup! Download the free Snap Ships app for more action play and more ship build ideas! All Snap Ships sets are modular and designed to be combined to build whatever you can imagine! Includes 97 Building Pieces, 32 Accessories, Instructions; no batteries required

Amazing
Great
Average
High
This is absolutely the best time to buy. Don’t miss out, there's 92% probability of this price being higher soon. Buy now.
Buy on Amazon

Escape Room Version 3 Board Game, for Adults and Kids Ages 16 and up

Yes! But at Pricepulse we inform you when is the lowest price to buy the Snap Ships Wasp Falx Battle Set Construction Toy F

This is absolutely the best time to buy. Don’t miss out, there's 92% probability of this price being higher soon. Buy now.

What was the lowest price for the Snap Ships Wasp Falx Battle Set Construction Toy F?